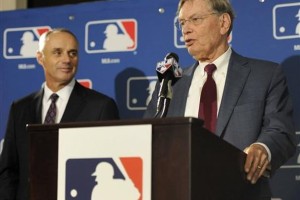 Last week, we bid the first, long-awaited adieu to Bud Selig, a man who will mistakenly go down as one of the better commissioners baseball has ever seen.  Rob Manfred will soon take his place.

Manfred has worked for Major League Baseball for nearly twenty years, most recently as its CEO.  He will have plenty of issues to address when he takes over the commissionership in January.  One of those issues, albeit not its most pressing but certainly the most lingering, is whether Pete Rose should be reinstated.

Rose, the game’s all-time leading hitter, is not in the Hall of Fame.  Nor is he allowed to work for Major League Baseball in any capacity.  He was banned from the game for having (eventually) admitted to gambling on the outcome of games he was involved in.  Of course, the competitive Rose always said that he bet ON the team he was managing and never against them.  That was his defense.  Makes no matter; gambling on the sport for all those involved in it is against the rules and has been since the game began. 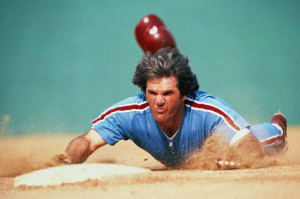 Proponents of allowing Rose back into baseball suggest he never gambled on the game as a player – as far as they know – that he played harder than anyone they had ever seen and was perhaps the game’s greatest hitter or at least its most accomplished.

Whether or not Rose should be reinstated, and ultimately voted into the Hall of Fame, is one of baseball’s greatest debates.  It’s been twenty-five years since former Commissioner Bart Giamatti handed down the decision that would keep us arguing about Rose for years.  At that time, the Dowd Report uncovered that Rose had been gambling up to $20,000 a day on baseball games, news far more shocking than any steroid allegation.

Gambling is not only illegal at Bushwood.  It is illegal for any player in any sport to engage in such activity.  As much as I enjoy gambling, a player, coach or official gambling on his own games leads to the temptation of affecting the outcome of said games and tearing at the very fabric of what we sports fans believe to be fair contests. 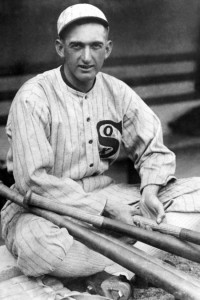 The Chicago White Sox threw the World Series in 1919.  Those players remain banned, including Joe Jackson who etched some of baseball’s greatest numbers.  Those players got no reprieve although their names consistently arise when any talk of Rose’s reinstatement reemerges.

Maybe it’s because this year marks 25 years since his ban.  Maybe it’s that we recently appointed a new commissioner who may have a Ros-ier outlook on life.  Either way, they have combined to regenerate a fair amount of groundswell for welcoming Rose back into the game that made him famous.

But purists’ argument to reinstate Rose is inherently hypocritical.  Gambling on the sport is one of baseball’s oldest illegalities.  Gambling on sports leads to predetermined outcomes.  We might as well be watching professional wrestling.  What, we should welcome Rose back because he tried harder, because it’s been long enough, because he’s paid his dues?  Husbands and wives can forgive their partners for cheating on them.  That doesn’t mean it didn’t happen.

Let us not also forget that, for years, Rose lied about his gambling habits, in the same fashion and for as long and as sniveling as Alex Rodriguez.  And A-Rod is far from getting a pass.  Say what you will about the differences between steroids and gambling, these two men both cheated. 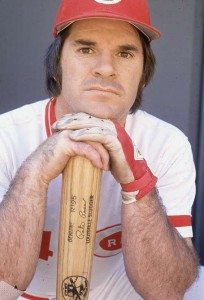 Rose backers will tell you that he didn’t, that he always bet on his own team to win.  They’ll point to the differences of him as player and manager.  That doesn’t change the fact that he broke the rules and knew he was doing so all along.

I am all for forgiveness and second chances but nothing has changed with regards to Rose other than the date on the calendar.  Suddenly Major League Baseball wants to have a heart?  Since when?

Twenty five years from now, will we decide that Roger Clemens, Barry Bonds, Sammy Sosa and Alex Rodriguez gave it their all and forgive them?  I’m not sure.  What I am sure of is that if the sport does reinstate Pete Rose, it will find a way to make money by doing so, making it far more self-serving than any act of forgiveness.

His reinstatement would be hypocritical… which on second thought makes perfect sense as Major League Baseball has been hypocritical for quite some time.