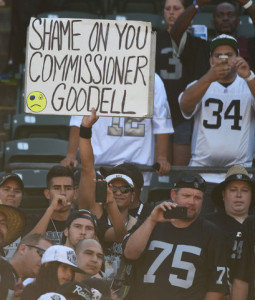 If you haven’t heard the names Ray Rice or Adrian Peterson lately, you haven’t been paying much attention to your surroundings.

The NFL in all its facets, from commissioner to owners to coaching staff to players, has come under tremendous scrutiny for its handling of the way its players have (mis)treated others.  At this point, there’s no need to rehash who did what to whom.  You can pick up any newspaper and find that out.

What is most important at this juncture is that the NFL finds constructive ways to move forward and prevent these incidents from happening again.  Otherwise, the league and those who comprise it will be doomed to repeat their mistakes and ultimately lose their stranglehold as the most watched sport in the nation.

In his most recent press conference, NFL Commissioner Roger Goodell promised to create new institutions that will address these issues and have them in place by this coming Super Bowl, four-and-a-half months away.  Why so long, you ask?  Well, devising an entirely new conduct policy with likely resistance from the Players Association will take time so let’s give him the benefit of the doubt.  Trust me.  The NFL will want to get this right.   They only have one shot at this thing.  At least Commissioner Goodell does. 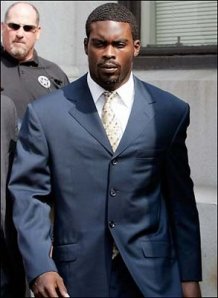 But first, for a brief moment, let’s step into our NFL time machine.  Michael Vick once committed the heinous crime of running a violent dog-fighting ring.  He was sent to jail for it, just shy of two years.  He paid his dues then ultimately signed with another team once he was free and clear of charges.  Why?  Because Michael Vick possessed a skill set that few others do.

When Vick came back to the league, however, he was not the player he once was (which actually wasn’t all that good to begin with but that’s beside the point).  Michael Vick was a draw.  In fact, he was such a draw that he signed two different $100 million contracts:  One with the Atlanta Falcons who drafted him in the first place and one with the Philadelphia Eagles who took a flyer on him when he was once again eligible to play.

Michael Vick now plays for the New York Jets and makes $5 million a year which might still sound like a lot but is a pittance compared to what he’s used to.  He is the backup to second year quarterback Geno Smith and has yet to take a snap this season.  Michael Vick’s window for all intents and purposes has closed but that didn’t stop him from getting paid while it was still open. 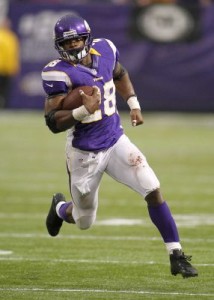 Adrian Peterson’s and Ray Rice’s windows of opportunity are not closed.  In fact, one can make the argument that both Peterson (definitely) and Rice (probably) were better players than Vick.  After recent child abuse charges, Peterson was placed on exempt status by the Minnesota Vikings.  He is currently getting paid while the charges are settled but is not allowed any contact with his team.  Rice’s suspension for domestic violence is pending.  The Ravens are not currently paying him.

So what is the league to do about situations like this moving forward?  What sort of guidelines should it set for players who break the law?

The commissioner has promised fans that the league will no longer tolerate such behavior.  That message rang true when public outrage over the initial two-game Ray Rice suspension warranted a far stricter change in the league’s domestic violence policy: six-games for the first violation, lifetime ban for the second.

Those words carried weight when we first heard them.  But is the NFL truly ready to cut all ties with one of its meal tickets after consecutive violations?  At this point, that seems hard to imagine. 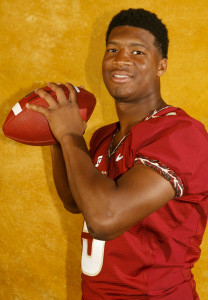 Let’s take Florida State quarterback and Heisman Trophy winner Jameis Winston as an example.  Winston is the most highly publicized college football player today.  Winston has had his run-ins with the law, from rape allegations to shoplifting charges.  Winston was most recently suspended for a game by his coach for improper behavior on campus.

Winston will be one of the most talented college athletes to enter this year’s NFL Draft, if he chooses to do so.  Winston is only a sophomore.  With all the pressure currently on the NFL, would a team take a chance on a guy who’s clearly talented enough to play at the next level but also just as likely to end up on the front page for things done wrong?

More importantly, would the Players Association, whose sole purpose it is to protect the players, agree to changes that might include permanent banishment for inappropriate behavior?

The league must now walk a very tight rope with no net to protect them.  Players and owners MUST act in the league’s best interest before more people are victimized and more fans are alienated.  Protecting the league’s image and the overall well-being of its players (and their families and society as a whole) are not mutually exclusive.

I’m not suggesting the NFL’s future is tenuous.  Ratings are higher than they’ve ever been.  But run a few more criminals onto the front pages and see how much more weary a fan base can become. 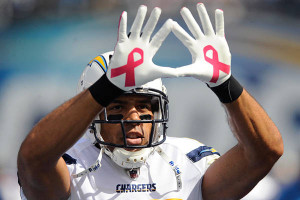 If the NFL wanted to show true leadership, it should take the forefront in educating people about domestic violence or gun violence or child abuse or choose whichever crime one of its players commits next.  The league already raises millions of dollars for breast cancer awareness.  Are the pink gloves, cleats and towels the players wear every October merely fashion statements or is there genuine concern among the league and its players about the well-being of others?

If the NFL and other sports leagues want to get serious about the issues that threaten us, they should lead the way.  Put up or shut up.  If a player makes $16 mil a year and commits a crime, suspend him without pay and send that money directly to the cause he violated.  Mandate that the player spend a hundred or a thousand our however many service hours are deemed appropriate to learn and educate others before returning to the field of play.  Hold teams accountable as well.  If a player runs over someone after driving drunk, have the team match the player’s financial penalties for not supplying him with a driver and an automobile.  How difficult can all this be?

The NFL and other professional sports league have the means.  Do they have the desire?  It’s unfortunate it took them this long to figure out the difference between right and wrong.  At this point, we still don’t even know if they have.

Playing professional sports should be a privilege not a right.  A skill set does not define a human being.  Generosity, humility, determination and character do.  It’s about time those seeking protection behind the NFL shield learn that fact and start doing something about it.

Now is their time.  What will they do with this opportunity?

* In case you missed the SportsChump talking the NFL’s current woes live on the radio, the link can be found by clicking on this link.

13 thoughts on “What to do, what to do: Roger Goodell contemplates changes in NFL conduct policy”