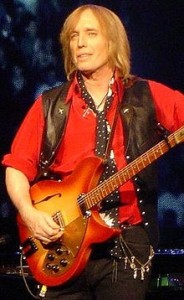 I was working behind the bar Saturday night as I have the last five years.  This Saturday evening the bar was packed with party-goers.  The owner was celebrating a birthday.  The band began playing Tom Petty, their cover of his “Runnin’ Down a Dream” spot on.  I glanced up at the television to see how another Gainesville product was doing.  This performance was not nearly as good.  In fact, it was abysmal.

The Gators had just gone down 42-0 to the Missouri Tigers on homecoming weekend.  It was to be their second consecutive homecoming loss.  So much for scheduling patsies for the alumni’s pilgrimage home; Saturday night, Florida was the patsy.

Although busy with work, I checked my phone when I could to find an endless string of angry text messages, most of them echoing what millions who went to school there have thought for some time.  The Will Muschamp experiment has failed and it’s time to start anew. 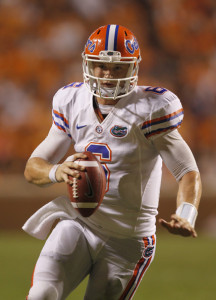 I didn’t watch this game.  I didn’t watch the loss to LSU either.  But I don’t need to watch the games to see what everyone else does:  players’ reactions, heads hung low, unresponsiveness and a coach who has bitten off more than he can chew.  Had his players given up Saturday night or could they really be that bad?  Either answer is unacceptable for a program of Florida’s magnitude.

After the game, Will Muschamp took to the media room.  Long gone are the cheery, post-game press conferences of a cocky, charismatic Steve Spurrier.  Gone too are the rather stoic but at least victorious speeches of Urban Meyer.  Heck, at least Ron Zook’s post-game press conferences were energetic.  When Will Muschamp stepped to the podium after Saturday’s debacle, you could hear a pin drop.  I’ve attended livelier wakes.  There wasn’t a reporter in the room who didn’t think this would be Muschamp’s last.

These Florida Gators are so inept that they are incapable of performing the most routine tasks on a football field.  Catching the ball or even handing it off have become as difficult as winning football games.  Ultimately that boils down to coaching. 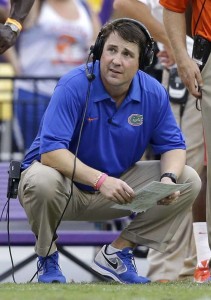 There can’t be a person residing in Gainesville whose last name isn’t Muschamp – or Foley – who thinks this coach shouldn’t be replaced.  Athletic Director Jeremy Foley has continued to have Muschamp’s back, however inexplicably.  With each loss that position becomes harder to justify.  Perhaps losing by a hundred points next game will elicit a reaction.

Muschamp is now 15-14 in conference play in his four years in Gainesville.  He has lost three times to the University of Georgia.  To put things in their proper perspective, in a combined 18 years of coaching at the University of Florida, Steve Spurrier and Urban Meyer lost to Georgia only twice.  Muschamp’s Gators play Georgia next.  We’ll see if they’re still Muschamp’s Gators by the time that game rolls around.

I’m not here to call for Muschamp’s head (I write, clenching my teeth and absolutely disgusted with what my alma mater’s football program has become).  Clearly, if the powers that be choose to fire Muschamp, a capable replacement must be found to finish the season, not that Muschamp has in any way proven himself capable of doing anything other than losing.  Firing Muschamp is not my job.  There’s a reason Jeremy Foley is one of the highest paid athletic directors in the nation.  Surely there must be a back-up plan, some way to stop the bleeding.

At least we hope so.

While closing the bar after a successful night for my establishment, yet not so successful for Gator Nation, I tuned in to ESPN’s College Football Final.  Mark May and Sylvester the Holtz were questioning Florida fans’ dedication after cameras showed them leaving the stadium early, once again only after the Tigers had gone up by SIX touchdowns.  Both May and Holtz criticized Gator fans for their commitment to the program. 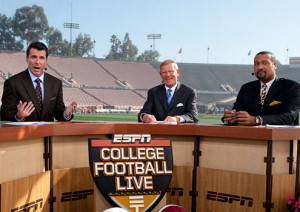 I had the opportunity to travel to Gainesville last week to see the Gators play LSU.  I had some good friends in town that I hadn’t seen in years.  While taking off work would have been difficult, I’m sure my powers that be would have given me a well-deserved night off.

I chose not to go.  I chose not to support a program that was headed in a direction with which I didn’t agree.  That doesn’t mean I don’t support the program.  My two degrees and undying passion for all things Florida are unmatched.  I am however, not happy with the state of affairs and it is my right, just as it is everyone else’s who bleeds for that University, to express their opinions.  And if that means chanting “Fire Muschamp!” at the top of their lungs as his team is getting slaughtered 42-0, something few Gators fans have EVER seen in that building, then so be it.

Muschamp won’t make it past this year if he makes it past this week.  The writing is on the wall and the ink has long since dried.

The new head coach of the University of Florida won’t have a cupboard bare.  He WILL have a fan base that is aching to welcome back the winning ways we knew not long ago.