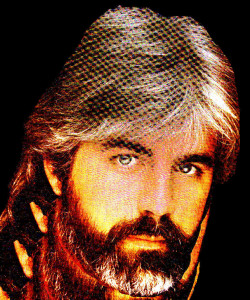 Due to an incredibly late night of attempting to channel his inner Michael McDonald, and the recovery time that something like that requires, the Sports Chump has asked me to chime in with my two cents.  Bear in mind that my opinions are my own, and more than likely do not reflect those of our beloved Sports Chump.  Now, having said all that…

With the unveiling of the first ever NCAA FBS Playoff seeding, the inevitable grumbling about alleged SEC bias has already begun.  We’ve heard it all before, but we will for damn sure hear it again and again until the SEC completely cannibalizes itself in its last few weeks.  However, even with all the attrition that the back half of the conference schedule tends to bring, it would probably surprise no one to see at least two SEC schools in the conversation for a playoff spot.  But, is it actually bias?  Or, is the SEC actually worthy of the regard that sports media tends to bestow on it?

While one could argue that ESPN pays more attention to the SEC because of the financial stake they have in the SEC Network, the argument just doesn’t hold up.  After all, ESPN also has a financial stake in the Longhorn Network as well, yet you don’t hear anyone claiming that media attention is falsely inflating Texas’ ranking in the national polls. Of course not, because the Longhorns are just a terrible team, plain and simple.  Or, maybe your argument is that past performance/recognition is clouding ESPN’s judgment.   Well, maybe you have a point there, but only because we, as people, tend to show bias towards the status quo*.  Live with anything long enough, and it gets more and more uncomfortable to consider changing.  And, with 11 National Championships in the last 22 years, SEC dominance sure has been the status quo. 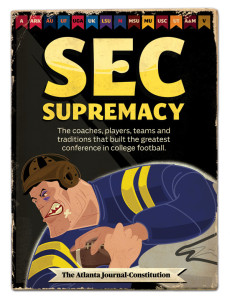 Or, could the alleged bias be nothing more than the fact that the SEC does, in fact, have between 6 and ten of the absolute best teams in college football, year in and year out?  Maybe the SEC gets all the love because it deserves it.  Every year, it seems that the SEC runs roughshod over its non-conference schedule.  Yes, there are hiccups every once in a while, like USF over Auburn or Ga Southern over the Gators, but for the most part, SEC teams beat their non-conference opponents more often than not.  How much more often?  Since 1992,the SEC as a whole is 705-182-2 against all non-conference opponents.  Oh, and that’s just in the regular season.  Counting bowl games, the SEC is 800-242-2 against all other conferences.  Over a 20 plus year span.  That’s dominance, any way you slice it.

Truth be told, there’s always going to be a perception of bias. It all depends on which side of the fence you’re on.  In my dad’s day, it was Notre Dame that dominated the conversation, then USC, then Ohio State.  In my day, it’s the SEC.  And, by the time I settle down to raise a litter, there will more than likely be some other dominant team or conference.  It’s cyclical, and more than likely, it’s eternal.  Above all else, however, it’s also fun to debate.