I was driving around town the other afternoon listening to sports talk radio when I heard a random caller complain about how the NFL had it in for Detroit.

The reasoning behind this man’s argument was that, in consecutive weeks, the league had suspended defensemen from his beloved Lions for stomping on opposing players while they lay defenseless on the ground, as if that’s some sort of acceptable behavior. 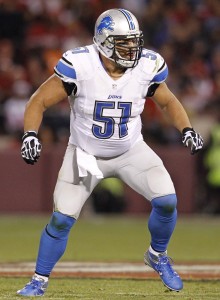 Earth to caller… it’s not.  Well, maybe in Detroit it is.

In Week 16, Lions center Dominic Raiola was suspended for the final game of the season for stomping on the ankle (and apparently trying to injure) Ego Ferguson, a defensive tackle for the Chicago Bears.

This week, for their first playoff game, the league suspended Ndamukong Suh for stomping on the leg of Packers quarterback Aaron Rodgers.

Stupidity reigns supreme in the Detroit locker room.  Next thing you know, they’ll be looking to trade for Johnny Manziel to seal the deal.

Seriously, when are these guys going to grow up and who the hell is captaining this team?  The league is already violent enough, the last thing the game, or its image, or Ndamukong’s conscience for that matter, need is an intentional injury that ends the career of another.

Of Suh, Raiola said that that late in the game, there’s no way he would have done something like that on purpose, like the time on the clock matters in the slightest, almost implying that in the earlier quarters he would have.  Either way, it’s boneheadedly sweet of Rioala to come to his teammate’s defense.  They can share fines together.

I commended the NFL’s decision to reprimand both players for their indiscretions if nothing else in the name of sportsmanship.  Lord knows the league struggles with its image enough. 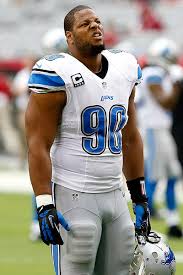 Suh has since appealed his suspension and won.  Get this.  He told the league office that he had “cold feet.”  Seriously, Suh’s defense is that, in the cold Wisconsin weather, his feet had gone numb.  Apparently the league is dumber than the Detroit Lions or perhaps their collective brains have gone numb.  I’ve heard of that as an excuse to not get married but to get out of a league suspension?  That’s just rich.

But that’s not really the point here or rather it’s just one of many.  Whatever happened to not intentionally trying to hurt your fellow man?  Is that concept so far gone?  I understand that football culture is an entirely different animal but there can still be civility.  Maybe Suh didn’t intend to hurt Rodgers.  May he did.  Only Suh knows for sure but it’s not like the guy has a history of philanthropy.

It should be a great game.  Let’s just hope no one gets hurt.

18 thoughts on “How stupid are the Detroit Lions? Apparently not as stupid as the NFL.”