I received a text from a friend the other night right after the Ohio State win.  She notified me that this would be the first time in nearly a decade that an SEC team would not play for a national championship. 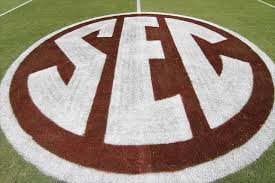 Everyone take a deep breath.

The world has not stopped spinning on its axis, gasoline prices are as low as they’ve been in ages, the sun will still rise in the east and yes, an SEC team will not be playing for a national championship.

Follow me closely and realize this is coming from a person who graduated from an SEC school… deservedly so.

This year, the SEC just didn’t cut the mustard.

It might not have seemed like that two months ago when we were force fed the alleged superiority of the conference.  There was a point in mid-October where four SEC WEST teams were ranked in the top five.  Now it is perfectly conceivable, realistic even, that no SEC school or southern school altogether plays for a national championship.  And like I said, that’s okay.

How could such a thing come to pass?

Once again, fasten your seatbelts.  This isn’t as difficult as it might appear. 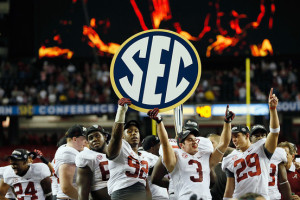 Southeastern Conference homers, ESPN included, talk until they’re blue in the face about how their teams beat up on each other during the regular season, as if other major conferences don’t do the exact same thing.  Even the most impartial college football fan acknowledges that the talent in the SEC is a wee bit above the rest of the nation, hence the run of seven straight national championships that finally ended last year at the hands of Florida State.

But that wasn’t the case this year.  Oregon is playing Ohio State for a national championship.  Deal with it.

We can debate the merits and demerits of college football’s new playoff system but the bottom line is an SEC team didn’t make the final cut.  And their teams fared poorly in their final games of the season. 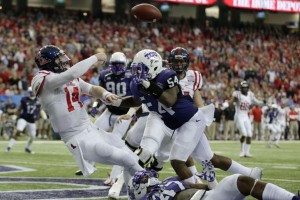 Don’t get me wrong.  The SEC had its fair share of bowl victories with South Carolina, Missouri, Arkansas, Georgia, Tennessee, Florida and Texas A&M all getting wins but this year, these were considered marginal conference teams, not the higher profile conference teams of 2014.

A closer look at the conference shows these bowl results are not that surprising.  The SEC East was putrid all year.  Florida could barely win a game, ultimately leading to the dismissal of their head coach.  As I mentioned earlier, Georgia lost to Georgia Tech and couldn’t even beat Florida.  Tennessee hasn’t been relevant in years.  South Carolina had a down year and Vandy’s Vandy.  Missouri essentially won that division by default.

In the Western division, things get a little more complicated.  Alabama was your odds on favorite to win a national title.  They got beaten outright by the Big Ten champion.  Mississippi State had a Heisman-caliber quarterback.  They were ranked number one in the nation for the first time in the school’s history.  They lost three of their last four games.  Ole Miss was supposed to have the best defense in the history of the program.  They lost four of their last six including a 39-point drubbing to a Big 12 school.   LSU beat Wisconsin the first week of the season.  They ended up with five losses.  Auburn lost four of their last five.  Look again and it’s perfectly conceivable that these teams just weren’t that good or at least as good as we were led to believe.

So the streak ends.  And that’s perfectly okay.  Good football is being played everywhere, not just in the south.  Maybe next year and every year from here on out, skeptics will look at the conferences a little more impartially and realize exactly that.

The SEC had a nice run.  And don’t worry.  The traditional powerhouses of the South will return.  Just not by January 12.