Suddenly, I don’t feel all that bad and it’s not only because I happened to win my college bowl pick ‘em pool. Thank you, Danny Monteau for another fabulous tourney.  It’s just too bad I couldn’t do the same when it came to properly predicting the pigskin in the professional ranks.  As it turns out, few of us could. 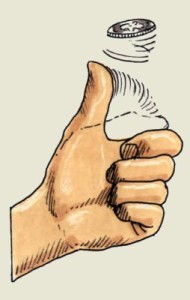 As most of you patient folks know, I participated in a rather humbling exercise this year, a season-long NFL pick ‘em contest against a fellow blogger, some readers and a quarter.  I finished with dreaded under 50% accuracy.  But a look back at our over/unders contest shows that none of us fared much better in what turned out to be a bizarre and fairly unpredictable year for the NFL.  How unpredictable, you ask?  Well, of the four years I’ve been running this contest, the combined scores were the lowest yet.

We’ll get to that in a minute.

Sure, some of the traditional mainstays like the Steelers, Patriots, Colts and Packers all fared well but most of the teams we thought were going to be good were absolutely horrible.

Speaking of nowhere close, neither were any of our picks.  Well, one person was.  And he shall soon take a bow and receive the fabulous SportsChump prize pack he was promised months ago.

I pride myself on having a website full of knowledgeable sports fans.  Let’s just say, this year, we all probably could have broken down a little more game film.  With a possible 55 points to be earned, the majority of us had under half that and only half of us nailed our ten point team right.  That’s supposed to be the outcome we were most sure of.  Like I said, it was an unpredictable year.

Ladies and gentlemen, I hereby present this year’s final standings in reverse order and remember these are out of a possible 55 points.

Zbignu… 19 points (Clearly too distraught about the Gators football season)

Joey Mills… 19 points (Back to the drawing board for JoJo)

Yaz… 22 (Too many baseball trips with Dee Dee)

Heavy D… 28 (Equally as distraught about the Gators football season)

Ronbets… 32 (Better luck in the sports book, my friend)

Hanahan… 32 (Another previous winner.  What’s with all these NASCAR fans winning my football pools?)

CDR… 34 (Okay, now we’re finally getting to some respectability)

Ravenous… 36 (Another former winner of this contest, this guy clearly knows his football)

And your winner, with a cool 45 points on the season, he only missed one slot, which was his ten-pointer, I would like to congratulate Buck Fenson.

Buck, take a bow for the jealous bunch.  Be sure to email me your particulars so I can get you out the goodies.

Thanks to all for participating. Stay tuned for further contests as I have a new batch of SportsChump gear that Santa stuffed down my chimney.