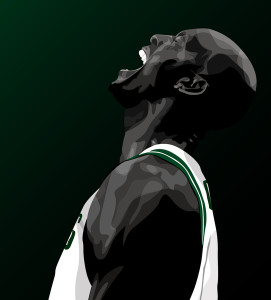 In 2008, Kevin Garnett shouted those words minutes after winning his first and only title as an NBA big man.  Earlier that season, he and Ray Allen defected from their franchises to join Paul Pierce and others to bring the Boston Celtics their first title in over twenty years.

Garnett’s emotion was unmistakable, the pride of a man who had fought years to achieve his lifetime goal.

Well, almost anything is possible.  It certainly helps to win championships when you have two other Hall of Famers playing alongside you.  Things are a little more difficult when you don’t. 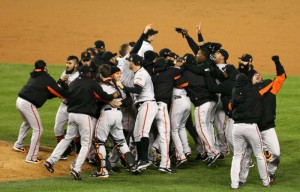 Of course, the money a team spends on baseball talent comes into play but it’s not the end-all, be-all in a cap-less sport as we once thought.  We’ve debunked the myth of big-market teams dumping exorbitant salaries as a recipe for success.   Championships have become more about money well spent.

The Tampa Bay Rays have decided to do exactly the opposite, or so it would seem.  The Rays team that will take the field in 2015 will be barely recognizable.  It will be a Dollar Store team in a Neiman Marcus league.

In 2015, an already stingy Rays team won’t come anywhere close to their budget of the previous year.  Their off-season roster moves read like a ticker tape parade, a stock market floor flooded with nothing but ripped tickets, shattered dreams and a harsh dose of reality. 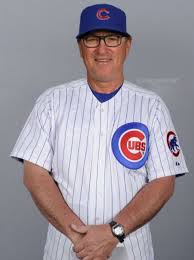 In only two months, they traded or released Cesar Ramos, Jeremy Hellickson, Joel Peralta, Jose Molina, Sean Rodriguez, Matt Joyce, Wil Myers, Ryan Hanigan, Brandon Gomes, Ben Zobrist and Yunel Escobar.  That’s nearly half their roster!  That doesn’t include the loss of their fearless leader, Joe Maddon and GM Andrew Friedman, who jumped ship to Chicago and Los Angeles respectively, two franchises that are considerably less frugal than Tampa Bay and have the means to be so.

Fans that hit the Trop this year, and those are already few and far between, will need a who’s who manual to decipher their lineup.  Aside from their still solid starting rotation (assuming Matt Moore returns healthy from Tommy John surgery), the only recognizable face will be Evan Longoria, who secretly has to be questioning the contract he signed long ago.  Despite being their best player, it’s hard not to look at Longoria and question whether he’s underachieved.  He hit .253 and only knocked 22 home runs last year, not exactly numbers you want from the face of the franchise.

There once was a time, not long ago, when Rays fans would blindly believe in the organization’s decisions.  Solid players traded away were unproductive elsewhere.  Underachieving players they acquired suddenly rejuvenated their careers.  Such blind faith is becoming more and more difficult to believe in.  After all, they just traded away Ben Zobrist, one of the teams most likeable and reliable players, for a utility catcher that hit .230 and played for them three years ago.  Didn’t they get rid of him for a reason?  Their moves have become harder and harder to understand. 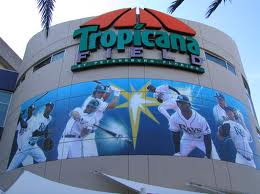 On top of all that, their stadium is commonly considered the worst in the league.  Rumors about the team moving to Tampa have gone on for years but little progress has been made in breaking their current contract with the city of Saint Petersburg.  Talk of the team leaving the area altogether has become far more believable.

With a brand new GM, a manager with no experience, no new stadium deal in the works, a pennies-on-the-dollar roster nobody will recognize and the entire future of the team uncertain, the Tampa Bay Rays organization will once again try to convince their fans that anything is possible.

The only problem is they won’t be listening.

16 Replies to “Anything is possible… unless it’s not: Rays’ roster now regrettably unrecognizable”