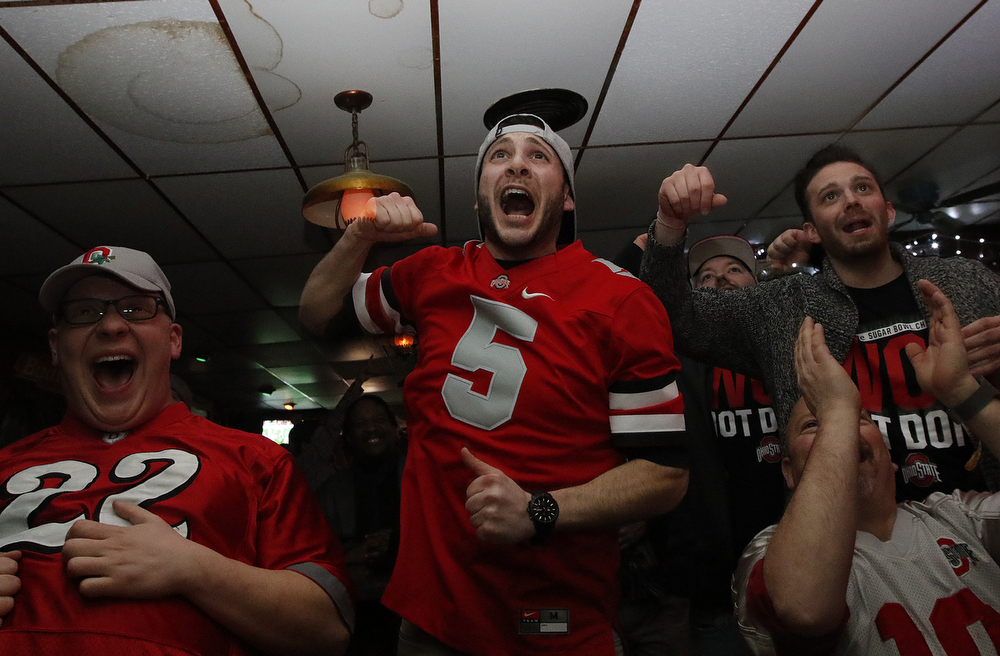 (FROM L) Vince Martin, Nick DePasquale, (back) Dan Albaugh, Chet Steadman and Dan Albaugh Sr. (bottom r) cheer after a touchdown in the first quarter while watching the NCAA National Championship game between The Ohio State University and Oregon State University at the Bier Stube on High Street in Columbus, Ohio on January 12, 2015. The group were friends growing up in Canton, Ohio and all moved to Columbus where they remain friends. (Columbus Dispatch photo by Brooke LaValley)