About a month ago, I wrote (but didn’t publish) this piece on David Blatt, head coach of the Cleveland Cavaliers.  With LeBron James out due to injury, the Eastern Conference favorites had lost nine of ten ball games.  There were some pretty hearty rumblings calling for Blatt’s head.  Suddenly, LeBron returned, the Cavs won twelve straight, those rumblings dissipated and Blatt became the smartest man in the league.  The Cavs are now fourteen games over .500.  I guess time plus LeBron heals all wounds.  But with Blatt’s job on the line mid-season, I couldn’t help but compare his fate to a similar coaching situation not long ago and wonder why certain coaching lifers don’t have more pull.

There was once a time when people were calling for Erik Spoelstra’s head.

Spoelstra who, we asked? 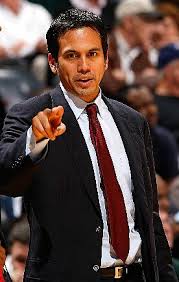 Erik Spoelstra, the first ever Filipino-American head basketball coach in the NBA, was hand-picked by Pat Riley to coach the Miami Heat in 2008.  Spoelstra was a film room guy, someone we all thought Riley had selected because he wouldn’t question his authority.

But why give the keys to a Maserati (i.e. the Big Three of Wade, Bosh and LeBron) to someone who had just gotten his driver’s license?  Most of us agreed it was only a matter of time until Spoelstra floundered and Riley stepped in to replace him.

Four years later, LeBron is playing elsewhere but Miami got two rings out of the deal.  Erik Spoelstra is still gainfully employed and sharing pomade with Riles on the South Beach sidelines.

David Blatt is the modern day Erik Spoelstra, minus the rings, Filipino background and backing of anyone as credible as Pat Riley.  Blatt is the head coach of the Cleveland Cavaliers and manager of the modern power trio starring LeBron James, Kyrie Irving and Kevin Love.  Blatt is the one in charge of a team we all thought was capable of running through the Eastern Conference.

This hasn’t happened yet with relatively speaking starless teams like Toronto and Atlanta boasting a better record than a Cleveland team loaded with talent but it’s coming.  You can sense it. 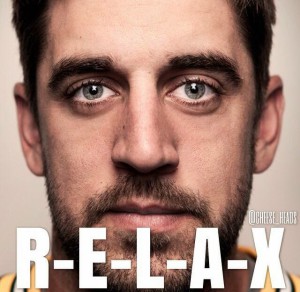 Were we expecting too much too soon?  After the Green Bay Packers got off to a slow start this NFL season, Aaron Rodgers told Packers fans to relax.  Rightfully so.  His team made it to the NFC Championship Game.  They just needed time to gel.

Similarly, LeBron’s Cavs have needed time to gel.  And while the Cavs have been playing better basketball of late, there is still concern whether Blatt, a man with no prior NBA coaching experience whatsoever, is the man capable of taking this team where it needs to go.  Eastern Conference All-Stars Derrick Rose and Chris Bosh going down for the season in addition to Cavs owner Dan Gilbert signing every potential free agent available will certainly give Blatt a boost but will his lack of experience come into play in June?

The NBA is a players league.  Coaches are fired on a whim.  If a coach on thin ice even looks at a superstar funny, he’s as good as gone.  Superstars also control where they get to play, salary cap notwithstanding.  It is one of the many reasons some fans resent the league.

But here’s my point.

Every season, coaches are fired and the coaching carousel renews.  For years, we’d see the same old retreads prove nothing other than that fact that they could get hired and fired from a different job three years later.  We’re finally seeing some new blood in the coaching ranks.  But which of that blood will last? 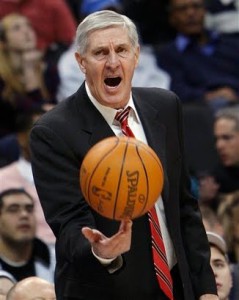 Since players can dictate their path of least resistance, I suggest it’s time tenured coaches are able to as well.  For the longest time, coaches like Rick Adelman, George Karl and Jerry Sloan could never win rings.  That’s because Michael Jordan was in the league and Phil Jackson was coaching him.  Now that both of those guys are gone, why not give guys like Karl, Adelman or Sloan one last chance?  (Note: Karl has since picked up a gig in Sacramento.  Honestly, which job is more appealing?)

Who wouldn’t want to see one these men coaching LeBron?  Heck, if Karl Malone and Gary Payton can join the Lakers to chase a ring, what’s wrong with giving someone like Sloan a chance to coach these Cavs?  I’d say he’s earned it.  Heck, put all three of ‘em together on the sidelines.  Talk about a big three!  If you don’t think that sort of coaching line up would demand respect, you’re mistaken.  Can you imagine Rajon Rondo talking back to Jerry Sloan?  Sloan would knock him out!

Personally, I don’t have a problem with the power the players yield.  It all comes out in the wash.  Sure Carmelo Anthony is cashing his $120 million check but he doesn’t have a meaningful win to show for it.

If I were owner of the Cavaliers, which I’m not, and I were unhappy with my current coaching situation, I’d sit my staff down including LeBron and ask what they thought about bringing in a coaching veteran, a lifer, a man who has experience in the league and is hungry and crafty enough to give a title one last run. 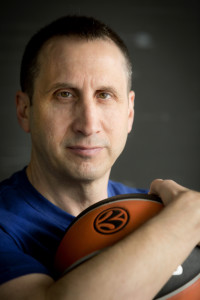 Essentially, what I’m asking is, is keeping Blatt a gamble?

LeBron is 30 years old.  He’s no longer playing for tomorrow.  He’s playing to win now.  His clock isn’t ticking yet but it’s certainly being wound.

Cleveland wants a championship.  They’ve waited this long so why not go all the way?  Spare no expense.  Get some experience and leadership at the helm.  And give one of these NBA lifers their own keys to a Maserati.

At this point in the season, it’s too late to make such a drastic coaching change.  Besides, the Cavs have just won 17 of 19.  I’m just saying it’d be nice to see some of these coaching legends have the same sort of leverage as the players they manage.

I’m pretty sure they’ve earned it.