Days ago, NFL Commissioner Roger Goodell allowed for the reinstatement of Adrian Peterson.  Ironically, only a day before, I wrote about the NFL star that fell from grace.  He was suspended last season for beating his four-year old child with a switch. 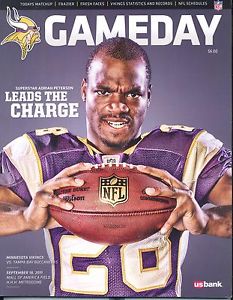 It’s no secret that Peterson’s soon-to-be former team, the Minnesota Vikings, no longer want him wearing their uniform.   But other teams do.  One of those teams happens to be the team I root for, the Tampa Bay Buccaneers.

Now during this entire incident, I never called Peterson out.  I’m no parent nor do I pretend to tell anyone how to raise their kids.  Did I find Peterson’s actions despicable?  Absolutely.  Did I find his punishment just?  You betcha.  But he’s not raising my children.  He’s running my football and he’s not the first professional football player to jeopardize his career with idiotic or inhumane behavior.  So would I mind Peterson being on my team, helping them win ballgames?  I’d have to say… no.

Therein lies the dilemma.  Some NFL team is going to give Peterson a second chance so why not have that team be mine?

For years he was considered the best running back in the league.  So why shouldn’t Tampa enter the Adrian Peterson sweepstakes for what will probably amount to pennies on the dollar? After all, this is a business. 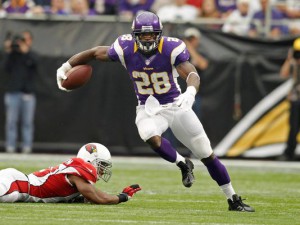 Do you know the last time a Tampa Bay Buccaneer has rushed for 1760 yards in a single season?  How about never!

So if you’re the Bucs GM and your running back situation is as tenuous as your quarterback situation, how badly do you pursue Peterson?  Do you decline due to his recent past or wouldn’t you have to seriously consider signing?  Are you prepared for the reputation hit?  As it is, your reputation already suffers for being a poorly run organization.  How can things get any worse?  At least now it looks like you’re trying.  Do you bring Peterson in for an interview to see if he’s a changed man and ensure that the guy who beat the crap out of his kid is a thing of the past?  Or do you not even bother? 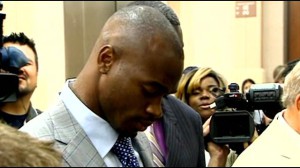 This is the NFL and the Buccaneers have been irrelevant for quite some time.  Now you have the potential to bring in the best back the franchise has ever had.  Signing Peterson would boost ticket sales not to mention make an immediate contender out of your team.  Is it wrong to bring someone in that would sell tickets?  On the flipside, is it wrong that so many of us would buy those tickets?  Therein lies our moral dilemma.  Damn this thing called a conscience.

Despite his heinous behavior, if you asked me if I want Adrian Peterson on this team next year, I’d respond with a resounding Hell to the Yea!  It’s either that or sit through another unwatchable season.

How many teams needing a solid ground presence back wouldn’t consider signing Peterson?  You’d be kidding yourself if you didn’t say every single one of them.

We’d have to believe (or at least hope) that a contrite Peterson has paid his dues and learned his lesson.  Despite his questionable child-rearing skills, this is a man that can instantly make your team a contender all by himself.  This move has the opportunity to grant both one good player and one lousy team a shot at redemption.

It’s about time they both consider taking it.

27 Replies to “The moral dilemma of the committed sports fan”