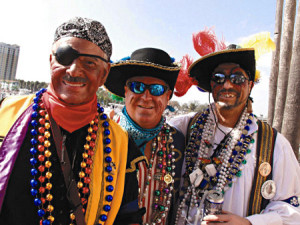 Tampa is a party city.

Don’t believe me?  Come visit our cozy little town any time during Gasparilla month and see if you can avoid stepping over grown-ups in full pirate regalia passed out on someone’s front lawn with vomit coming out of their mouth.  It’s harder than you think.

We love parades too.  Just give us a reason to line up and dress up and we’ll assemble every krewe in town to build a float within weeks.  Fake pirate invasion?  Let’s build a float!  Kinda sorta holiday?  Where’s my hammer and tool belt?  You’re telling me it’s a Tuesday?  At this point, it would be inappropriate NOT to have a parade.

And beads?  Where else other than New Orleans can stores that sell nothing but beads thrive year round?

Yeah, we know how to throw a party. 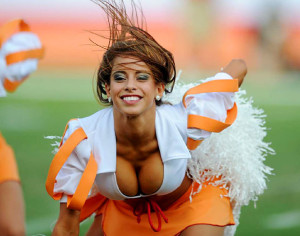 While you’re in town, be sure to hit a Buccaneers game also.  You’ll find not a soul paying attention to the actual game.  After all, it’s hard to with beer goggles mixed in with the blistering heat.  To get away from it all, we congregate near a fake pirate ship that shoots cannons with ever-decreasing frequency for it only makes noise when the Buccaneers put points on the board.  Needless to say, we’ve experienced some quiet Sundays lately.  But that doesn’t stop us from spilling over-priced, lukewarm beers all over the Creamsicle, orange t-shirts we desperately wish ownership would bring back to the field of play.  And speaking of ownership, they must be partaking in a little of the bubbly themselves as the roster moves they’ve made of late are clearly the result of tainted vision.

But back to the party at hand.

Last Saturday night, three days before the actual holiday, Tampa celebrated St. Patrick’s Day in style with an annual mile or so long parade of people tossing beads, drinking green beer, wearing kilts, cranking Flogging Molly and finding yet another reason to party hearty.  St Patty’s is one of the biggest drinking days of the year and Tampa does it with flair.  Heck, we even dye the Hillsborough River green! 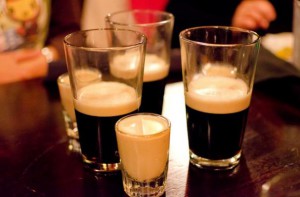 As I work in an Irish pub, you might imagine that, after my stroll through the parade, my kilt was swaying back and forth serving as many customers as I could.  For the professional bartender, serving cocktails on those high volume nights is a rush that pays well but also carries with it the frustrations of amateur night.  You want HOW MANY car bombs?  As one of the more patient people you’ll ever meet, I live for nights like these: Always eight orders behind, not a single clean dish in the place and everybody and their mother shouting your name to make them a drink.  It’s like sinking in quicksand and doing your best to climb out one order at a time.

Since this site is not only about sports but my life and times as well, I thought I’d share some of the images of what turned out to be one wild St Patrick’s celebration. 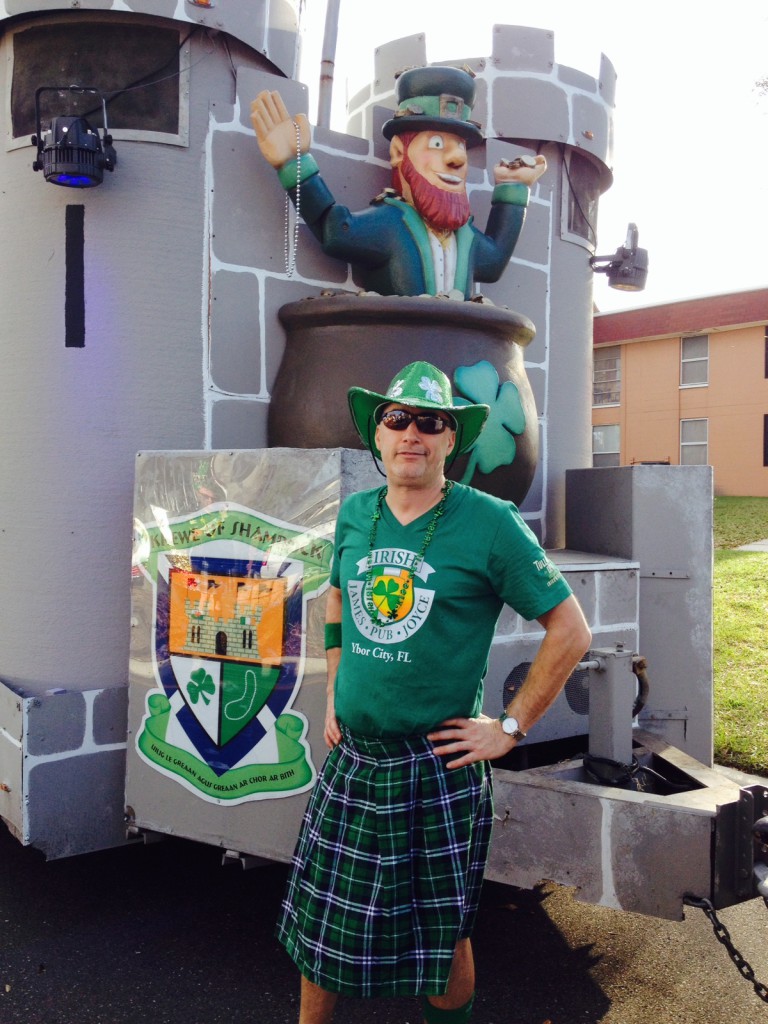 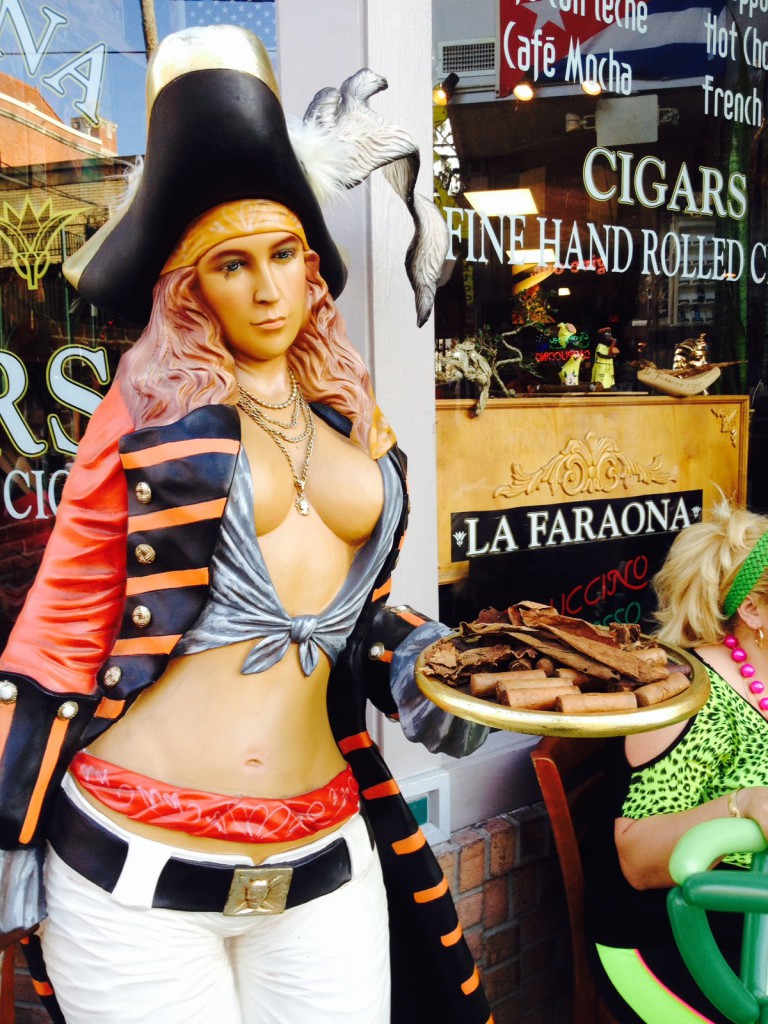 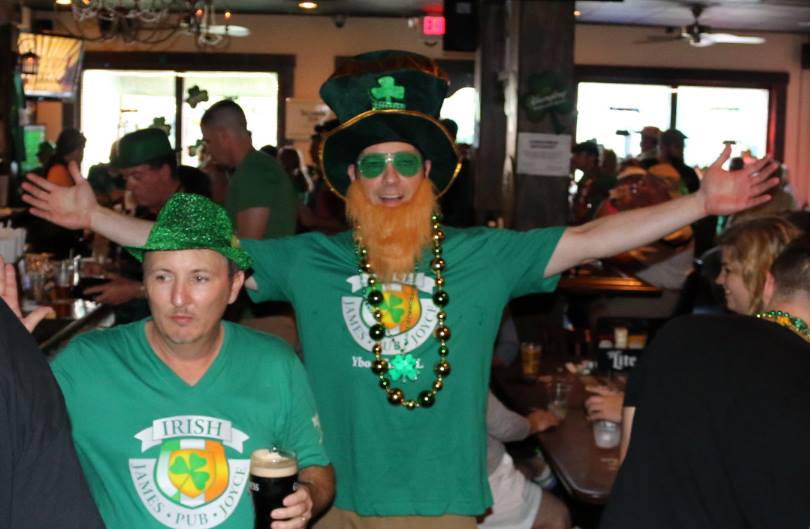 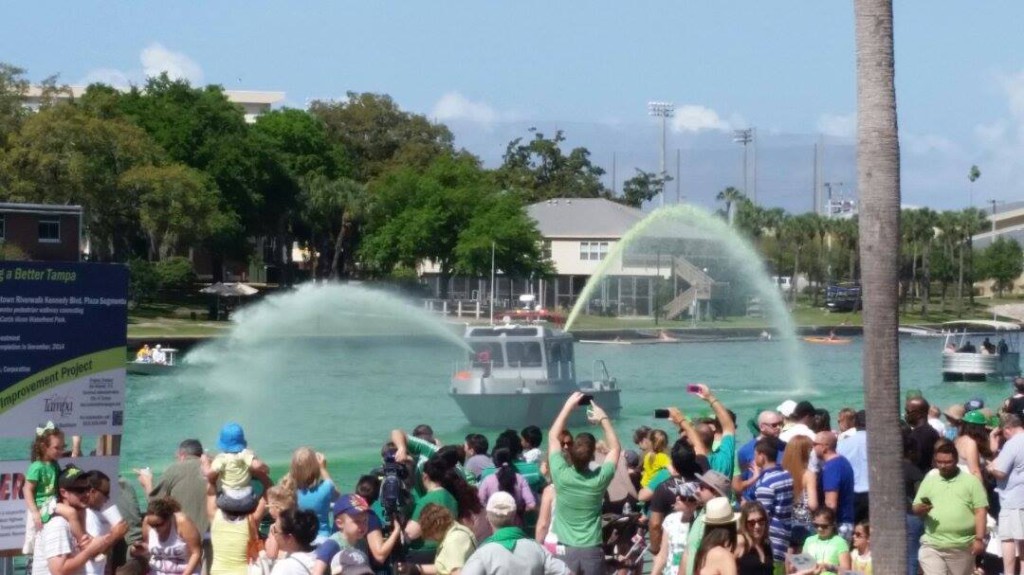 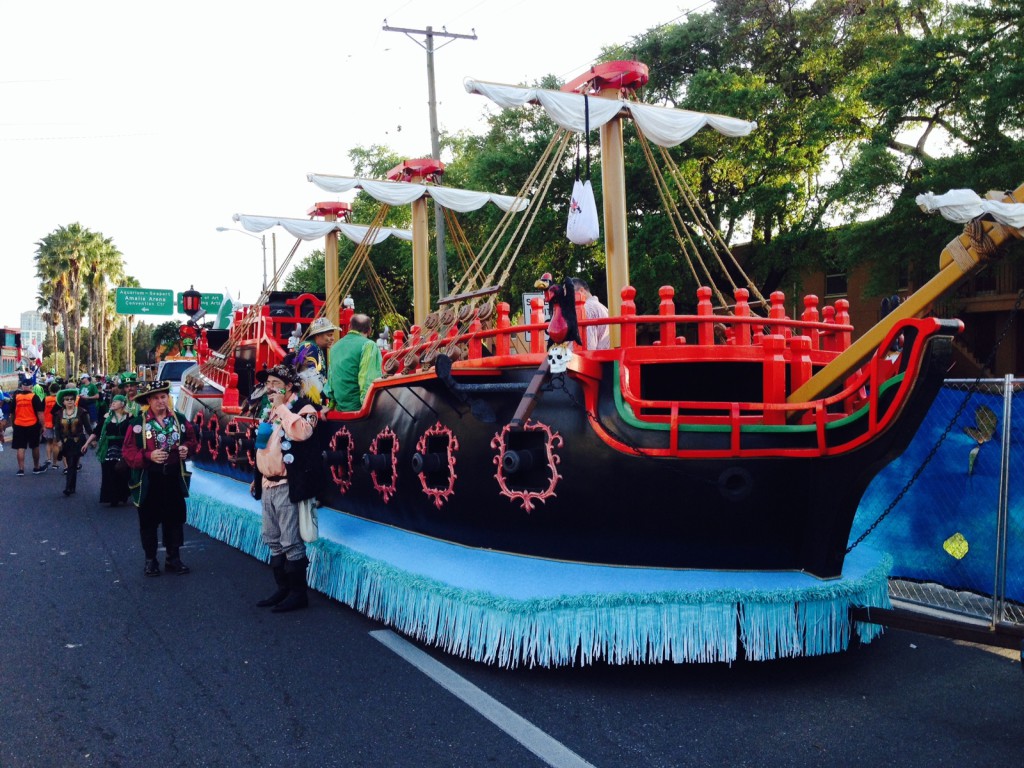 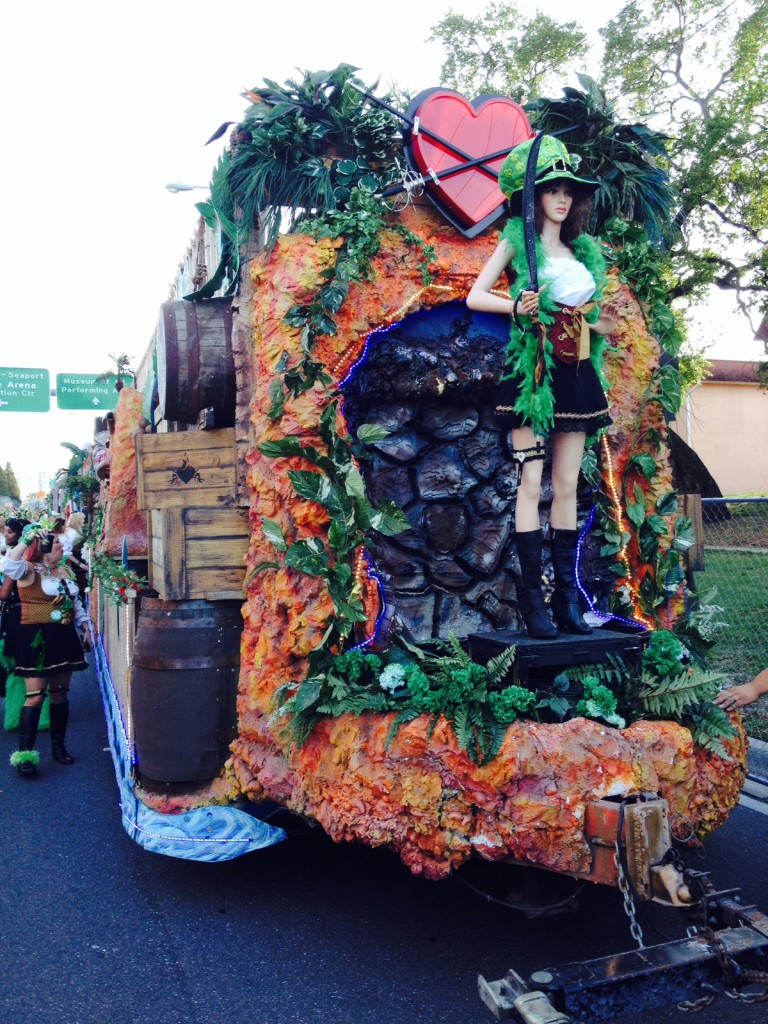 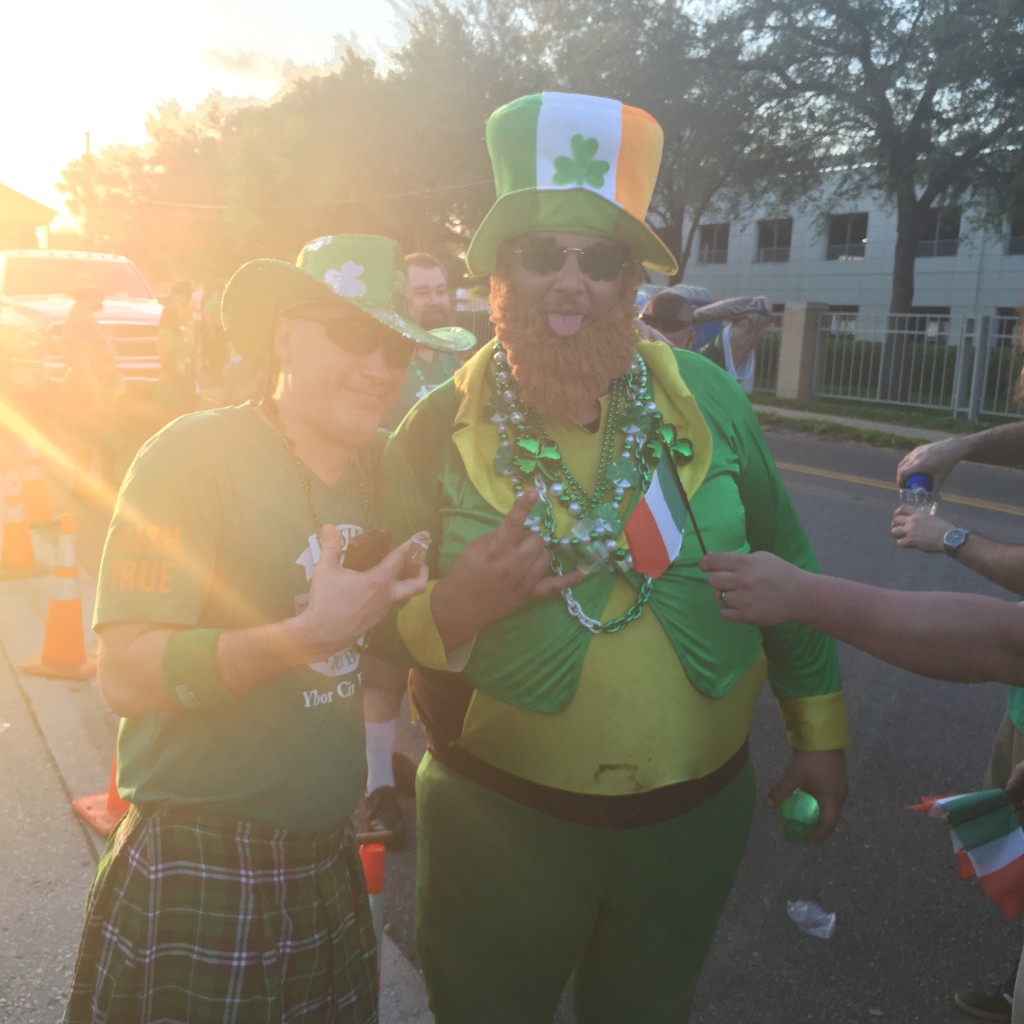 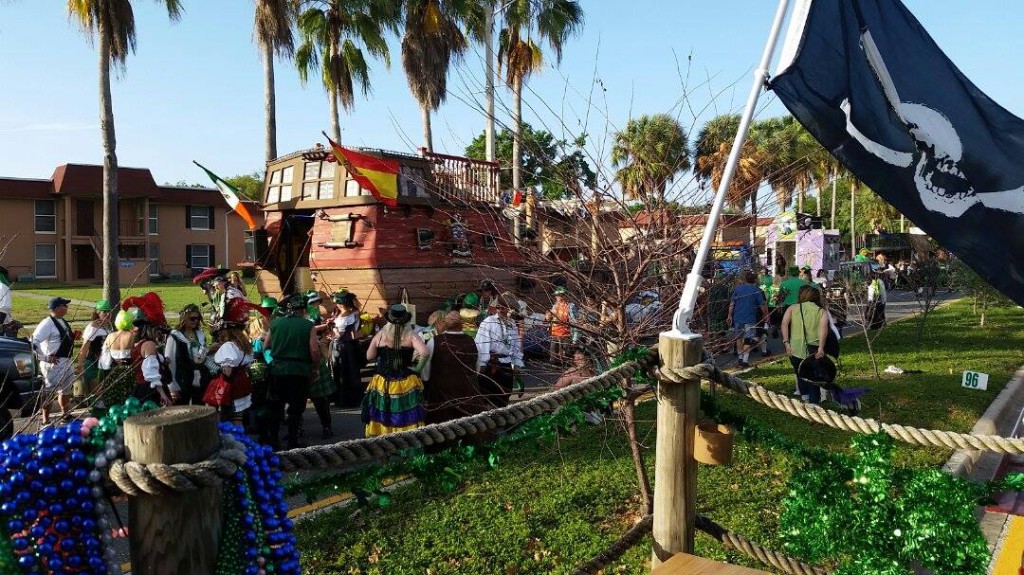 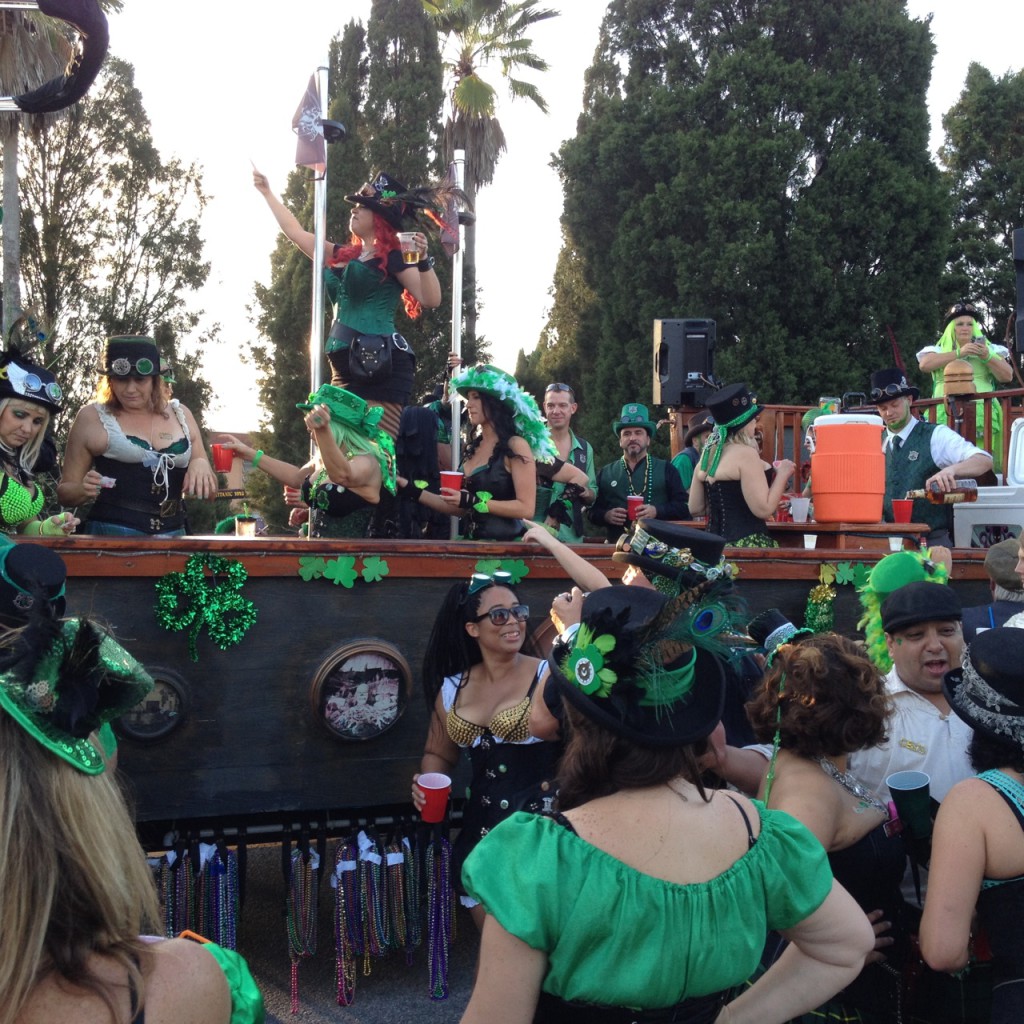 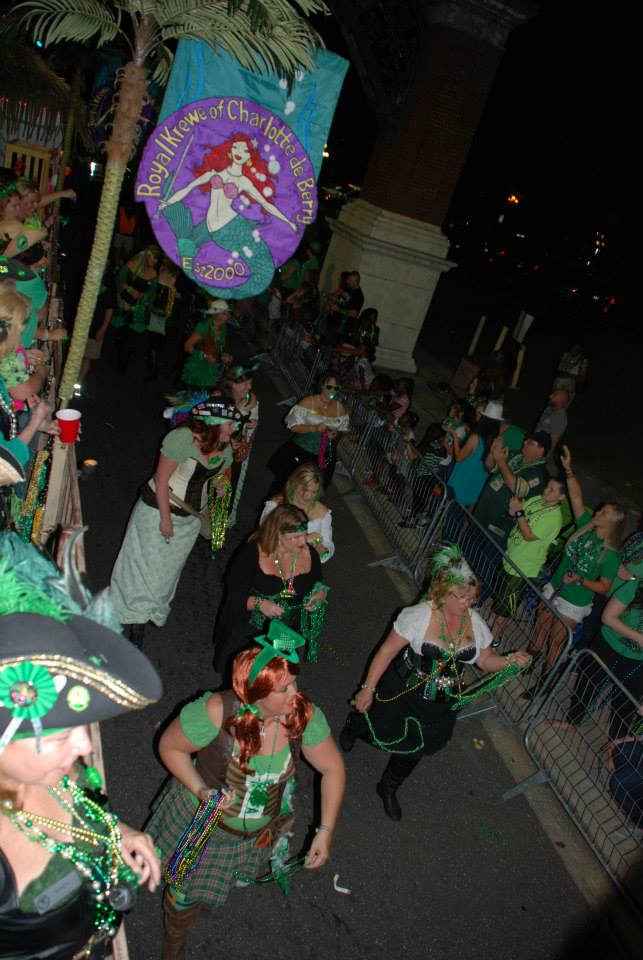 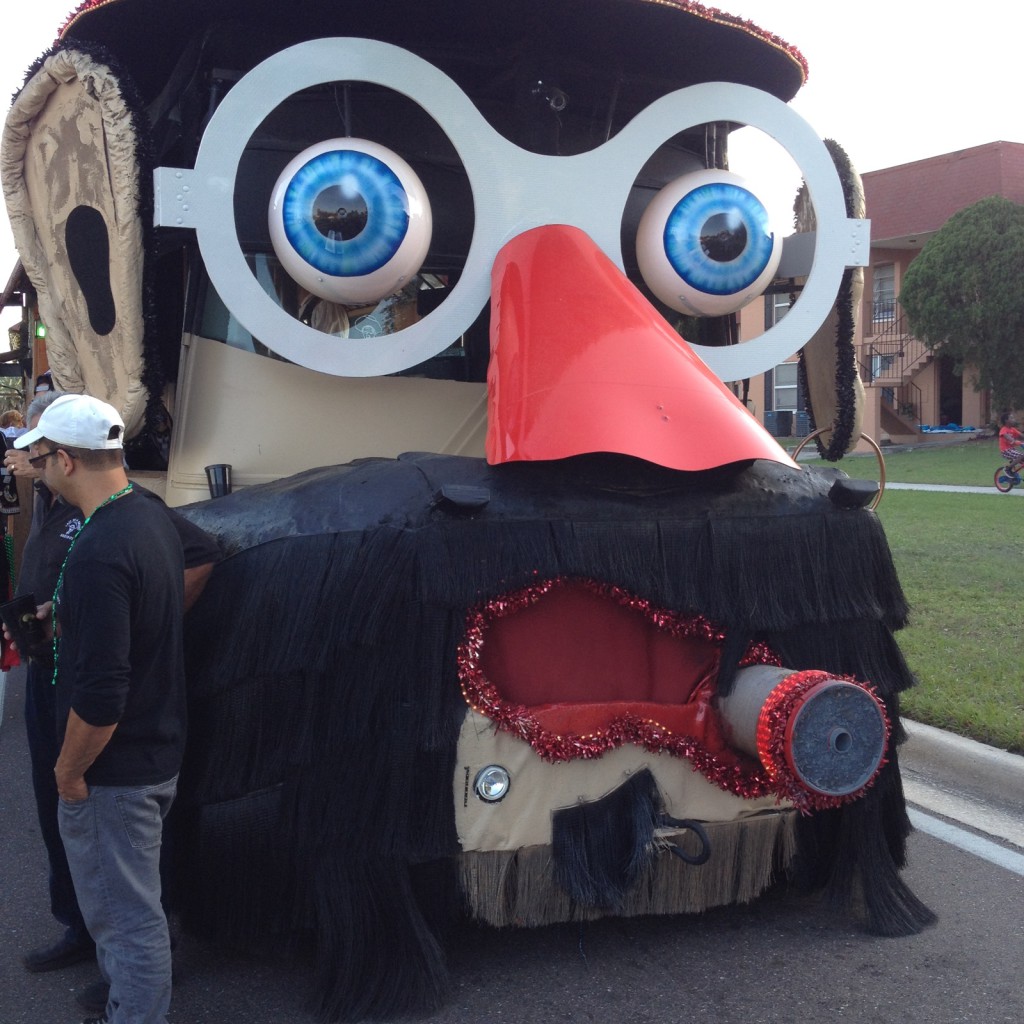 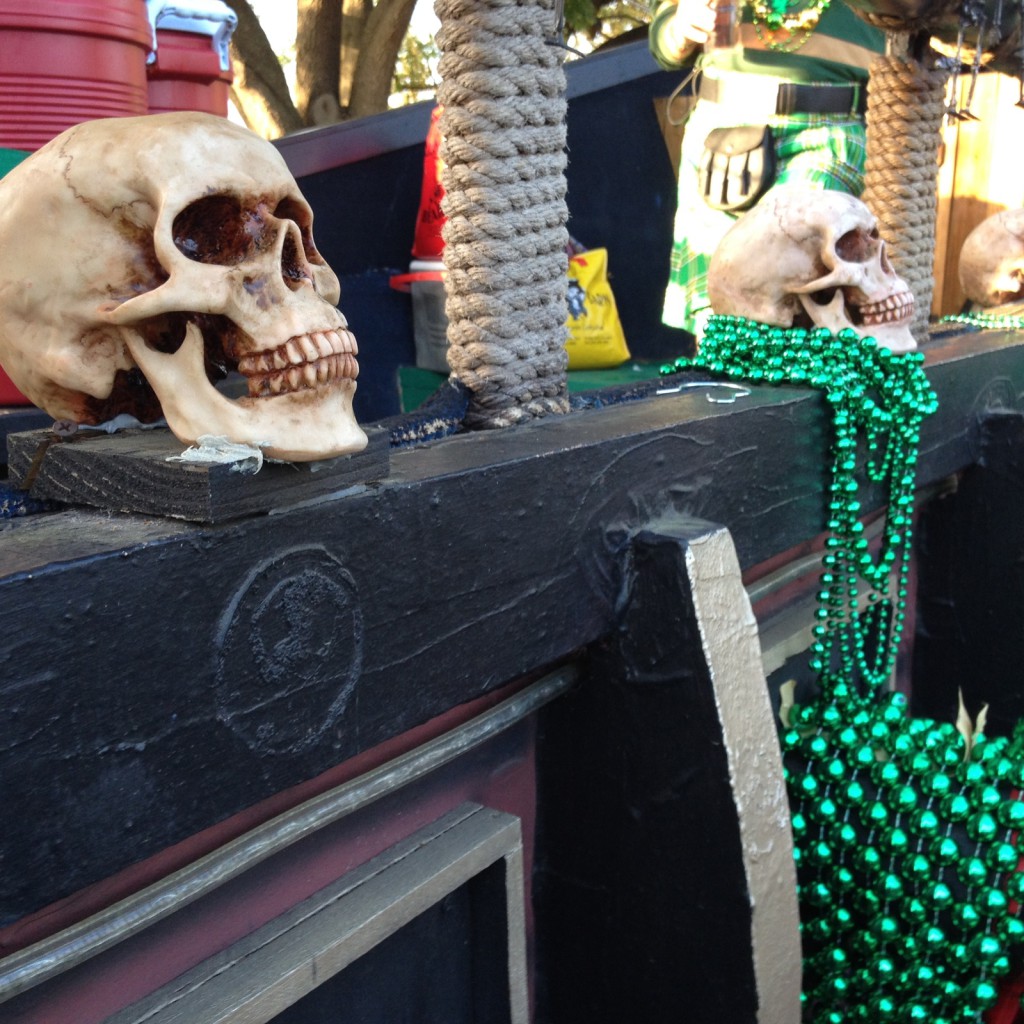 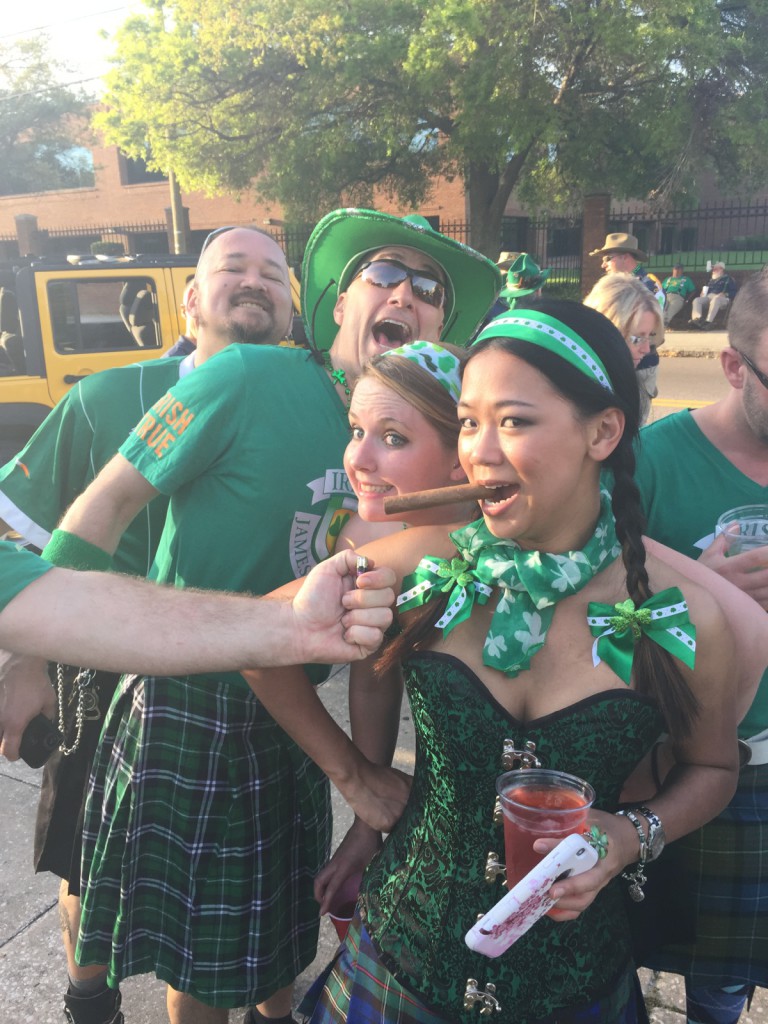 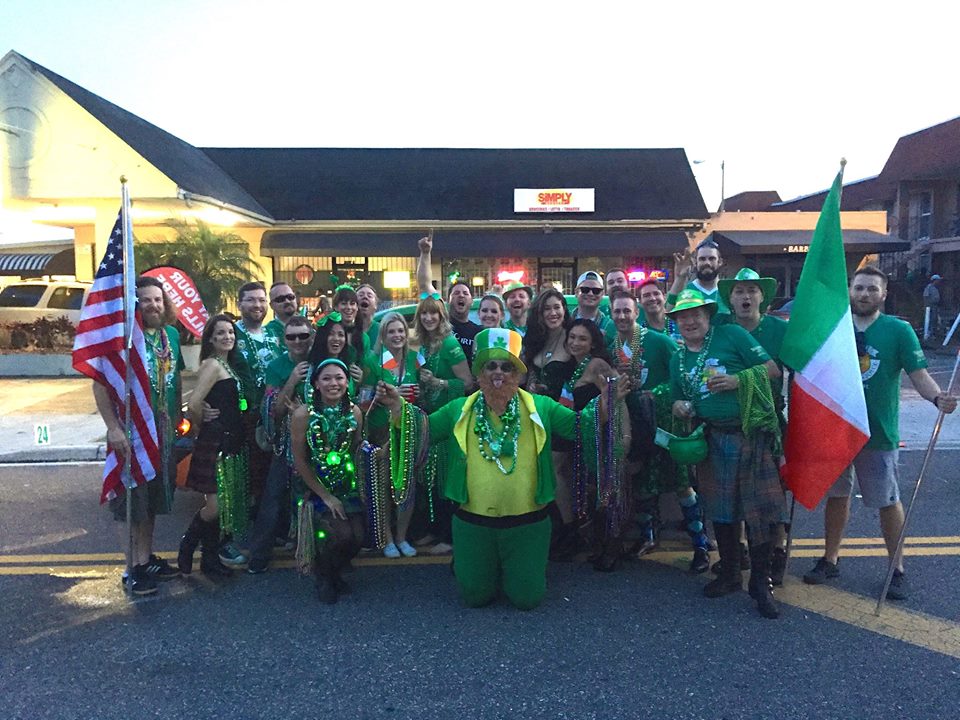