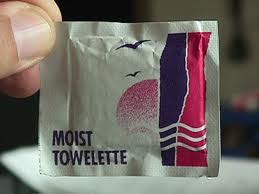 The following is a true story.

I repeat.  The following is a true story.

I mention that twice because you won’t believe this actually happened.

So fasten your seatbelts.  Oh, and you might want to grab a moist towelette in case you feel woefully unclean once you’re done reading.

A whole group of us were out the other day celebrating a friend’s birthday.  She had just turned 26, a mature 26 but 26 nonetheless.  She’s a huge Lightning fan so the plan was for all of us to hit the hockey game later that evening.  It was to be my seventh game of the season.

It was a rare Sunday matinee game, a five o’clock start against the Boston Bruins.  The place was going to be jam packed.

We would get to the stadium in due time, of course, after a little bar-hopping as directed by the birthday girl.  Since my doctor recently told me I should refrain from drinking, I was one of the few sober ones in the group.  Our birthday girl, however, did not share that same medical advice. 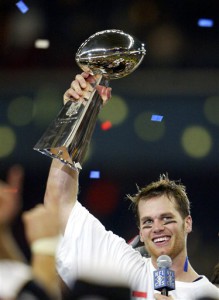 Amalie Arena was a sell-out that day thanks to the not-so-surprising amount of chowder heads, er… Bruins fans in attendance.  Most were giddy, still riding high from their Super Bowl victory, plus they were probably happy just to see that big shining ball in the sky we Floridians like to call the sun.

Boston fans were so rowdy (hard to imagine, right?) that there were times “Let’s Go Bruins!” chants overtook the arena.  When the Bruins scored within the first thirty seconds of the game, before we had even gotten to our seats, the chants got even louder.

Their fervor was short-lived.

Not only did the Lightning answer that goal within five minutes but they scored two more goals later in the first period, fifteen seconds apart from one another.  The goals came so quickly that the announcers didn’t even have time to tell us who had tallied the second goal before the third one hit the back of the net.  Lightning fans got even more into it when star Steven Stamkos threw off the gloves and went after Boston’s Brad Marchand, resulting in five minute majors for both. 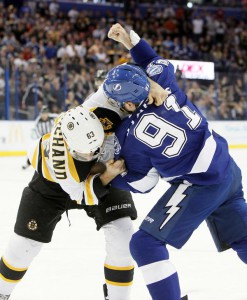 The Lightning went on to win the game but even those highlights can’t match what happened in Section 328, Row P.  P for Party, or perhaps, for another word that begins with that same letter.

Our birthday girl had continued drinking, who knows what time she had started.  I wasn’t keeping track of her intake but let’s just say it was enough to kill a small farm animal.

Aware that she was turning peaked, a friend brought her some waffle fries thinking the grease might make our poor birthday girl feel better.

As it turns out, the fries had the reverse effect.

Now picture this, a group of ten or so rowdy Lightning fans sitting in the cheap seats, one row directly behind a family of otherwise polite Bruins fans.  Within minutes, they wished they had sat somewhere else, not for the profanity that was being tossed around but for the cookies being tossed upon them by the birthday girl who had had too many.

That’s right.  As if it wasn’t bad enough their team was losing, they were getting vomited upon by a stranger.

So, Charlie how was your vacation down in Tampa and, oh, how was that hockey game you went to?  Did anything interesting happen?

Unfortunately, I missed the fireworks.  I had no idea the puke was coming.  I mean, who can predict that sort of thing?  Had I known, I never would have left to walk around the arena.  I would have stayed in my seat, camera on, ready to capture what my inability to sit still saved you the grossness of seeing.  You’re welcome, by the way.

Can you imagine, though, if I had my cellphone ready?  That video would have instantly gone viral.  Lightning fan pukes on Bruins fan!  SportsChump traffic would have gone through the roof.  I probably could have retired early thanks to the advertising dollars that would have poured in from Immodium or whatever medication one takes to stop vomiting.  I would have been invited on SportsCenter and The View and the Today Show known only as the guy who filmed the puking girl.  Fame, you’re oh so close.

Most people go their entire lives without seeing a friend throw up at a sporting event, never mind the fact that it literally happened on the head of an opponent! 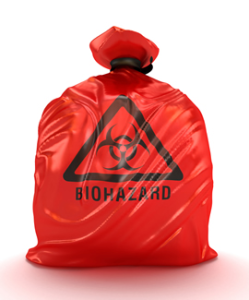 When I finally returned upstairs, I found a hazmat crew complete with gloves, sanitizer and big red plastic bags cleaning up the area.  The family had gone home, probably to shower.  The rest of the fans in the section went on as if nothing ever happened.  I guess throwing up at sporting events is more common than I thought.

So I guess there are two lessons to be learned here.  When you go to a big rivalry game, be conscious of how much you drink.  And perhaps more importantly, be aware of the alcohol intake of the person sitting behind you.