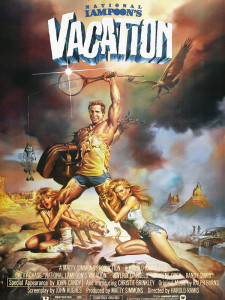 If you’ve ever seen Animal House, Van Wilder or any of the Vacation movies (and shame on you if you haven’t) then you’re already familiar with the institution known as Harvard University’s National Lampoon.  Lampoon is low-brow humor combined with high-brow education that has been a mainstay in American comedy ever since the first knock-knock joke was told.

Which is why when two Harvard grads, one of whom is a baseball-obsessed, numbers-cruncher and the other who was president of the Harvard Lampoon, combined to write a book about visiting thirty baseball stadiums in thirty days, I figured it was bound to be chockfull of light-hearted, perhaps raunchy yet still thought-provoking comedy about our national pastime.  “There were few other venues to watch clusters of men – all supposedly representing the epitome of masculinity – as they ran around in stretchy pants and knee-high socks.”

The best book about sports (and life) that I’ve read lately was Dylan Dethier’s 18 In America, a captivating coming of age story about a recent high school graduate who set out to play a round of golf in every state in America.  If you haven’t read it yet, you should.  Similarly, in I Don’t Care If We Never Get Back, Ben Blatt and Eric Brewster embark upon their own road trip which involves visiting every Major League Baseball stadium within a month’s time, which as you’ll find out includes a whole lot of hot dogs and not much sleep.  Blatt is the numbers geek and a lifetime baseball fan, Brewster is a lampoonist along for the ride.  Both are humorous and have their own way of telling a story. 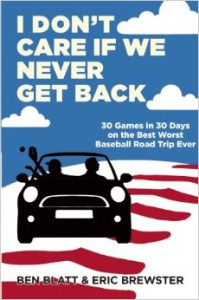 I’ve struggled through a few books lately that have failed to keep my attention and neglected to give me a reason to keep turning the pages.  If We Ever Get Back is not one of those books.  It’s comical, entertaining, silly, honest and foam-fingered.  It’s about two friends following their dreams and having the balls and gas money to write about it.

On their journey across our nation from ballpark to ballpark, these two young men revisit their childhood while entering manhood.

Their madcap adventures include begging a batboy for a foul ball at Yankee Stadium while wearing Red Sox gear, Ben’s mathletic mancrush on Theo Epstein, getting trapped in the Liberty Bell, the awkward chance to meet THAT Joe Carter, tinkering with Ben’s algorithm after inclement weather alters the trip and having Canada Day simultaneously (and rather ironically) ruin yet save a trip that celebrated America’s pastime.  The book keeps you entertained by their writing style, a first person plural narrative or as the Big Lebowski would say “the royal we, the editorial we”.  (I don’t know.  I slept through English class).  Who’s doing the writing?  Ben?  Eric?  Both?  Whoever combines to tell us this story, they do so well.

As a baseball fan older than the combined age of the two authors, their work is a pleasant reminder that a passion for our national pastime still exists among a generation we once thought lost.  They grew up with baseball in their “hearts and TV sets, on the splotchy grass of our backyards and the pages of [their] morning paper.  Baseball was always theater, an off-Broadway show that ran 162 times a year in nine-act increments.”

They’d be geeks if only they didn’t write so well.  They enlighten us with descriptions of ballparks and places many of us have never been to. 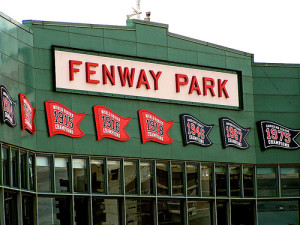 Of Fenway, they write:  Fenway should have in no way still existed in its current form.  It was historic and charming in the same way a real estate agent knew a cramped studio apartment to be cozy.

Of Cooperstown, they write: Cooperstown was often called the mecca for baseball fans, a destination all diehards needed to visit at least once before dying.  A baseball fan in Heaven who hadn’t been to Cooperstown could not be self-respecting.

Of Marlins Park, they write: It was never a good sign when the stadium is more striking than the team, the brainchild of either a surrealist artist or a 15-year old kid who set out to build an arcade and accidentally constructed a baseball field.

Of the national anthem, they write: The anthem before a sports contest was like grace said before a meal, a “Thank you, America, for giving us the freedom and opportunity to partake in this trivial and comparatively inconsequential game, Amen.”

On scalpers, they write: If peanuts and Cracker Jack were ballpark treasures, then scalpers were ballpark treasures who took your money.  Never there when you needed them and always there when you didn’t want them.  What was undisputed was their status as full-fledged economies, supplying spontaneous demand with prices that fluctuated with live time.

And on parks in general, “No two fields were ever the same.  You could go to 30 parks and see 30 different fields.  It gave the sport a local flavor, a sense of tradition that outweighed the monotonous burden of regulation.  In a sport grounded in the art of repetition, it was the anomalies you remembered.”

In the end, the book becomes less about baseball and more about the experience, the exploration and the friendship.  Never Get Back is told from a fan’s perspective, not from that of an insider and it is right on time for baseball season.  I’d be lying if reading it didn’t get me a little more pumped for the boys of summer, something Major League Baseball has so far failed to do.

If you’ve ever thought about packing up the car and doing this yourself, pick up the book instead.  It’ll save you the hassle, the frustration, the speeding tickets and a whole lot of money spent on hot dogs and brew.  And you might get just as many chuckles.

5 Replies to “Book Review: I Don’t Care If We Never Get Back by Ben Blatt and Eric Brewster”