Not long ago, I hosted a caption contest.  It didn’t draw much attention. 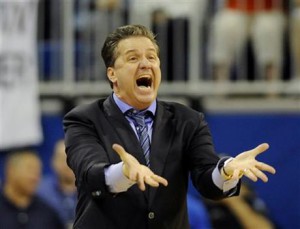 This one should for it celebrates Kentucky’s now imperfect season.

Along with millions of other college basketball fans who believed the hype, I felt confident that the University of Kentucky would roll through this tournament.  They had the most talent and hadn’t lost a game all season.  They were the odds on favorite to cut down the nets and hoist the championship trophy when it was all said and done.

They did neither of those things.  Wisconsin did them in.

I fully intended to write a piece – after Kentucky had won, of course – about how it was time to start the hatred.  The slicked back John Calipari had done it again by recruiting more McDonald’s All-Americans than anyone else in the nation as he rode off into the Lexington sunset with another national title under his Armani belt.

Well, that didn’t happen and a team with a 67 year old coach and exactly zero All-Americans combined to end UK’s reign of terror.

So to celebrate the fact that the wicked witch is finally dead, I’m hosting a caption contest featuring Kentucky’s most famous and certainly best looking alumna.

Come up with the best caption to the picture below and win yourself not only an undefeated SportsChump t-shirt but the chance to be thankful for the fact that John Calipari did not win another championship and also the opportunity to kiss Ashley Judd the next time you run into her in person.

Just tell her I said it’s okay.  I’m sure she won’t have a problem with that. 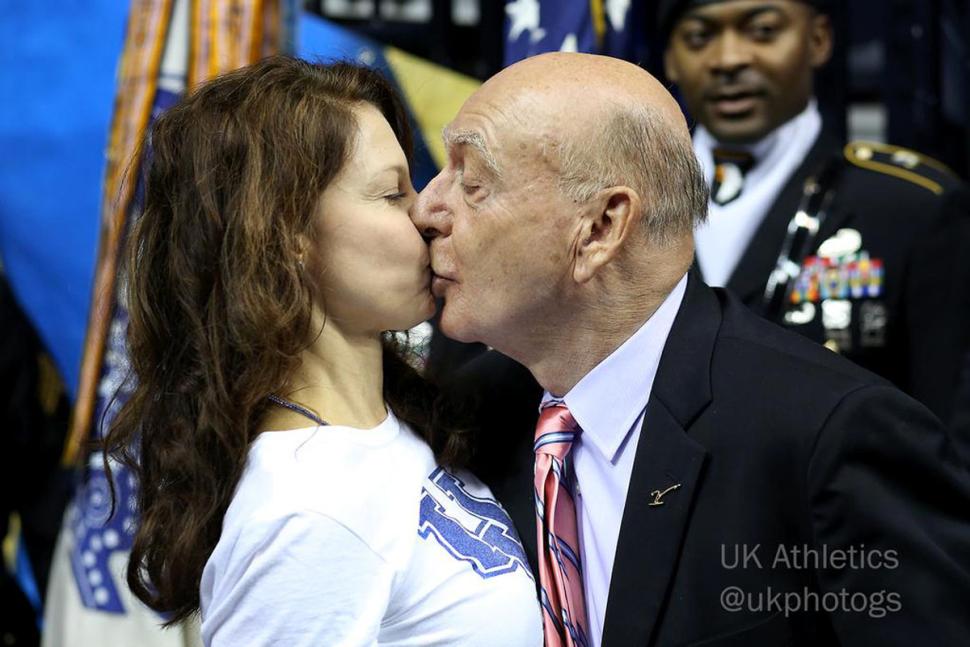