Dominique Wilkins recently told of his early days in the NBA and the first time he had to play against Larry Bird.  Laughing as he reminisced, ‘Nique said the trash-talking that came out of Bird was like nothing he had ever heard. 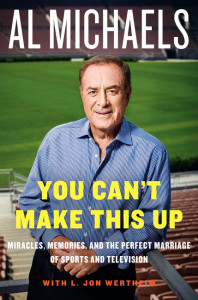 When we reminisce about the sports of our past, these are the stories we can’t get enough of, the stuff we never knew but only imagined.  So when my publishing friends asked me to review Al Michael’s “You Can’t Make This Up,” a story about his life and times in television, I soaked it up hoping it would contain tales like that and more.

Michaels is now 70 and retired.  He’s been in the media game all his life.  Even as a kid growing up in Brooklyn, he dreamed not of being a professional athlete like the rest of us but of becoming an announcer.

The book chronicles his path from Arizona State to Hawaii to play-by-play announcer in Cincinnati with the Big Red Machine to San Francisco and on to network broadcasting fame.  He also did some work with the UCLA men’s basketball program late in their heyday.  What we learn from his story is that Michaels always seemed to be in the right place at the right time.  And that humility, hard work, perseverance and determination pay off. 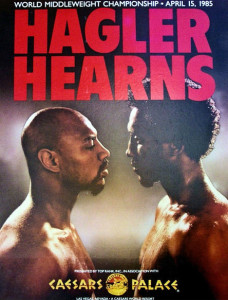 Think about the games this guy has called.  He was ringside for Hagler-Hearns.  He called the earthquake World Series between Oakland and San Francisco.  He worked on ABC’s Wide Wide World of Sports.  He worked with Howard Cosell on Monday Night Football.  He’s called Kentucky Derbies.  And oh yeah, then there was that little hockey game, the one that made us all believe in miracles.

He tells stories about working on “The Dating Game” with Chuck Barris when he was trying to make it big.  He talks about gambling with Pete Rose, sneaking into the horse track with his mom, his pre-game tennis matches with Dave Kingman, his friendship with OJ Simpson and his perpetual run-ins with an inebriated Howard Cosell.

He’s covered every sport imaginable from the NFL to motorcycles on ice, from the World Series to cliff-diving, from the Olympics to barrel jumping.  It’s all covered in “You Can’t Make This Up” in what turns out to be a quick and entertaining read.

Told in his own voice with the help of co-author L. Jon Wertheim, we find Michaels to be a genuine, sincere and humble man who pursued his childhood dream and achieved it beyond his wildest imagination.  Michaels was never overly impressed by fame but you’ll be impressed with the stories he tells and the manner in which he tells them. 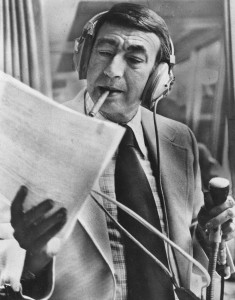 The late night car ride with Howard Cosell when Cosell spots two teenagers fighting on a Kansas City street corner, barks at the driver to stop the car so that he can go out and announce the fight while Michaels is scared stiff is stuff of pure legend.

His recount of the 1980 Olympic hockey match versus the Soviet Union is a must read as is his chapter on OJ Simpson.  In fact, the OJ chapter and his insider knowledge of what went down (including calling him to play a round of golf right around the murder) are gripping.  That’s what you’ll like most about the book.  It’s a trip down memory lane as told by a man who had seats in the front row, and not in a stuffy “I was there and you weren’t” perspective either.  Al Michaels is a sports fan just like the rest of us.

If we’ve learned anything from listening to Al Michaels call games over the years, it’s that he’s doing his best to make us part of the event, to bring us as close as he was and to do so as fairly as possible.  He was a journalist first and foremost and did his professional best to always get the story right.

“You Can’t Make This Up” is definitely one of those he got right.

14 thoughts on “Book Review: You Can’t Make This Up by Al Michaels and L. Jon Wertheim”