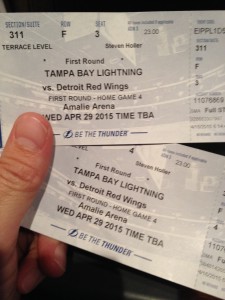 11:57 pm – The Tampa Bay Lightning had just lost Game Five at home.  Confidently, I send a text to Dr. Milhouse that reads simply “I want a game seven ticket.”  The odds suggest there is no way the Lightning could win another game in Detroit and force a deciding Game Seven back in Tampa.  I disagreed.  I send the text to secure my ticket.

7:00 pm or thereabouts – The Lightning take to the ice in a must-win Game Six in Detroit.  Lose this game and not only is their season over but so are the festivities Dr. Milhouse had promised.

7:04 pm or thereabouts – Tyler Johnson scores his sixth goal of the playoffs putting the Lightning up 1-0.  At that very moment, my crowded bar becomes most assuredly louder than Joe Louis Arena.  Despite Detroit making things interesting, it was a lead the Lightning would never relinquish.

3:49 am – I Tweet to Dr. Milhouse “The two best words in sports are ‘Game Seven.’ Six even better words are ‘I’ve got tickets to Game Seven.’”   Truer words have never been spoken.  Let the countdown begin.

8:50 pm – I text a picture of my tickets to J-Dub.  His reply reads simply “God speed, buddy…”  Despite his under-confident blessing, I feel good about the Lightning’s chances in a must win Game Seven at home.  Then I recall how both they and the Los Angeles Clippers had lost must win Game Fives, also at home.  Dub’s lack of assurance suddenly makes sense.

7:02 am – After another long night of work, I finally fall asleep, wondering how many players were suffering from the same sense of anticipation. 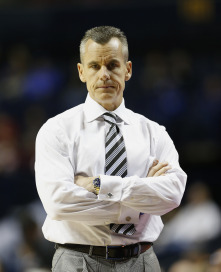 11:57 am – I wake up to news that Billy Donovan’s talks with the Oklahoma City Thunder are heating up.  I think about the doozy of a post I will eventually write about his tenure and where that will leave the program… not necessarily in that order.  Basically every one of his players had either transferred or become eligible for the NBA Draft.  Plus the opportunity to coach Kevin Durant and Russell Westbrook would be tough to turn down.  I thought to myself, God Speed, Coach Donovan.

1:04 pm – With my account in good standing, I place my daily wagers with the Ice Cream Man: a few parlays, a few run lines, a few dogs.  We contemplate whether to protect my $50 future bet on the Lightning at 14-to-1.  I decide to let it ride.

1:58 pm – I lather on some SPF 30 and head out to the pool for an hour or so before game time.  Detroit may have their Motown but I have my Wednesday poolside.  I play Marvin Gaye on my iPhone to celebrate both traditions.

2:41 pm – A love bug flies up my right nostril awakening me from a blissful slumber.  That could only mean good luck.

2:55 pm – Plans are made to meet pre-game and tailgate Ybor City style, with a nice meal, a cocktail or two, a cigar and some people watching.  The plan would not be deviated from. 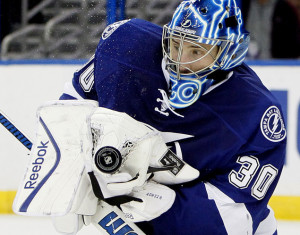 7:43 pm – Within the first eighty seconds of the game, Detroit tallies five quick shots on goal.  None get past 6’7” goalie Ben Bishop.

8:15 pm – The first period ends with both teams having plenty of opportunities to score.  Neither team does.  In a series where the first goal scored matters so much, tension runs high going into Period Two.

9:11 pm – The second period ends with both teams again failing to cash in on scoring chances.  Detroit doubles up Tampa Bay on the shots on goal count, 23-12.  The score remains tied at zero.

10:03 pm – With less than two minutes remaining in the game, Anton Stralman scores an empty net goal, all but sealing a Lightning victory.  Chants of “Let’s Go Lightning!” echo throughout the arena.

10:06 pm – The final buzzer sounds.  That’s all she wrote.  Ben Bishop has fittingly pitched a shutout.

10:24 pm – Finally outside the stadium, I exhale for the first time.  My hockey addiction continues.  Thank you again, Dr. Milhouse and um… BRING ON MONTREAL!!!

12 Replies to “The long and winding road to a home Game Seven: A play-by-play”