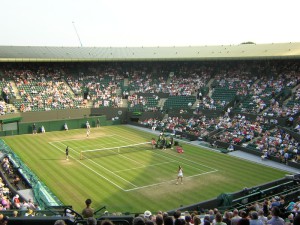 The 2015 Wimbledon Tennis Championships is one of the greatest events on the sporting calendar and many eagerly await the start of the tournament as summer arrives. The world’s best players will feature at the tournament and there have been some epic contests, sensational shocks and thrilling finals over the last few years and this tournament could be one of the closest events at the venue for a long time. This year’s championship is set to start a week later than in previous years, which will give the players an extra week to adapt to the grass surface after playing on clay courts for the majority of the spring.

This year, there are three leading candidates for the men’s title and these players should all feature in the latter stages of the tournament. Current world number one Novak Djokovic, the Spaniard Rafael Nadal and Britain’s hero Andy Murray, who won the crown in 2013, are all in with a chance of winning this year’s title. The three have regularly competed against each other for a number of majors in recent years. We take a look at this year’s competition and give our thoughts on who may win the men’s singles title at the end of the event. 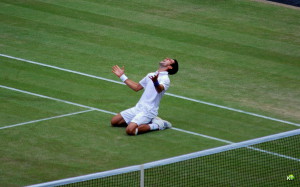 Novak Djokovic is the man to beat

The Serbian will head into Wimbledon as one of the leading candidates and it would certainly take a brave man to back against the world number one earning back-to-back crowns. He is playing some exceptional tennis at the moment, and has already won the Australian Open this season. The 27-year-old has won 26 of his 28 matches this year and will be extremely difficult to beat on his favoured grass court. In fact, the world number one is priced at 13/2 to complete the Grand Slam in 2015 and win all four of the sport’s major titles. 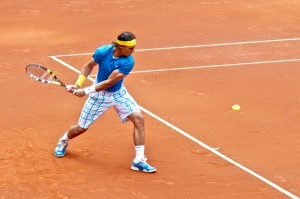 Rafael Nadal could cause a shock

The Spaniard may not be the same tennis player that he was a few years ago, but he is still very powerful, tenacious and will refuse to give his opponent an easy victory. Nadal is likely to concentrate on the French Open, which begins later this month, and the 28-year-old is aiming for an incredible 10th title at Roland Garros. If Nadal stays healthy and has a relatively straightforward French Open, then the Spaniard will be expecting to reach the latter stages of Wimbledon. 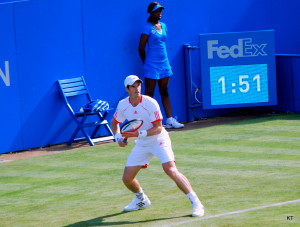 The British number one would certainly be a popular winner of this year’s event, and appears to have regained his form in recent times. The Scot will be well supported throughout all of his matches in the competition and the support could help him to raise his game for his home tournament. Murray, who recently married partner Kim Sears, will be one of the leading candidates for the tournament and will stand an excellent chance of reaching the semi-finals at the very least. If the British number one is given a favourable draw, he could go one better or even win the crown for a second time.