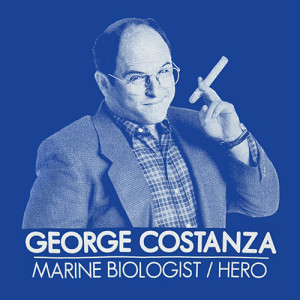 I found an interesting article on Yahoo the other day, another one of my sources for all things bizarre.  Seriously, Yahoo has become the National Enquirer for all news unfit to print.

I guess some marine biologist not named Costanza thought it was a good idea to fit a shark with a tracking device.  Not only does this Great White have a GPS signal lodged somewhere in its dorsal but… it’s Tweeting.

The shark is Tweeting its location as it travels up, down and all around the Eastern Seaboard.  Can someone get Robert Shaw to blow this thing out of the water yet?  Here’s to swimmin’ with bow-legged women.  Never mind, that’ll just lead to bad sequels.

The shark’s name is Mary Lee, which doesn’t sound all that ominous… until of course you saw the 16-foot fucker swimming right at you.  Then you’d be Tweeting in your pants.  At least they didn’t name the shark Mary Kay.  I can’t think of anything more frightening than a Great White driving around your neighborhood in one of those pink Cadillacs trying to sell you make-up.  Candygram! 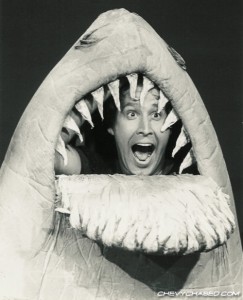 A non-profit organization named Ocearch tagged the shark a few years ago and thought it would serve science if they tracked the shark’s progress.  Apparently the shark sends a friendly Tweet every time its fin surfaces.  The clever folks at Ocearch even came up with the hashtag #sharkworldworries which has, count ‘em, one lone tweet.  Womp womp.

I’m all for scientific progress or anything that’ll cure cancer, offset future sharknados, ensure I get better cell phone coverage or alleviate traffic on my commute to work but Mary Lee’s progress got me thinking.  What better way to check on our athletes and what they’re doing than to implant them with a GPS tracker?

That way, if Tom Brady spends a little extra time in the locker room after his teammates hit the field, we know he’s been playing with his balls a little too long, so to speak.  (That was a deflategate reference in case some of you haven’t been paying attention.)

We could implant a Twitter Tracker in A-Rod’s ass (not in his ass, but you know, his glutes) to see if any sort of chemical imbalance is still allowing him to hit home runs at record pace. 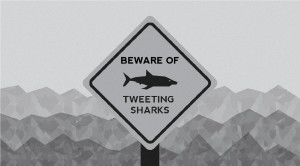 We could Twitter track Manny Pacquiao’s shoulder.  It would have warned us that the 36-year old Filipino was not 100% before his fight with Floyd Mayweather, Jr., a loss which will not surprisingly result in a rematch that nobody wants to waste another $100 on.  And for that matter, we can Twitterfix the entire sport of boxing to wonder if its relevance will ever surface again.

We could keep tabs on Los Angeles’ hopes to land a professional football team.  On second thought, scratch that.  That sounds like a vacant Twitter account with not much to say.

And we could Twitter track Tiger Woods and find out once and for all what the hell is going on with this guy’s golf game.

The possibilities are endless and they’re all for the sake of science so count me in.