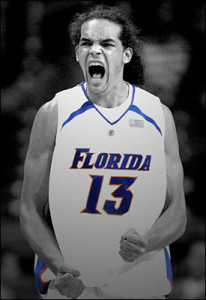 I haven’t felt this way in a long time.

Rooting for a winning team has become almost foreign to me or at least it has recently.

The Gator men’s football and basketball programs are both rebuilding under two men nobody has ever heard of before.  Once an Orlando Magic fan, I’ve essentially lost touch with that team, barely able to name a single starter.  The Buccaneers are horrible and the Rays, while putting up a fight, are essentially a farm team for the bigger markets that can ultimately afford to pay their players when they get too good.

Little did I know the team I would become fully vested in plays a sport which I had never given a second thought?

I had almost forgotten what rooting for a winner was like… until now.

Over a week ago, the Tampa Bay Lightning, my new sports love, made it past the first round of the NHL playoffs.  Last night, they faced a crucial Game Six at home against the higher-seeded Montreal Canadiens.  Up three games to none in the Conference Semi-Finals, it once looked like the Lightning would dispatch Montreal with ease but after consecutive blowouts, things got a little iffy.  It wasn’t a must win Game Six but the Lightning wanted no part of boarding a flight to Montreal to take their chances in a Game Seven. 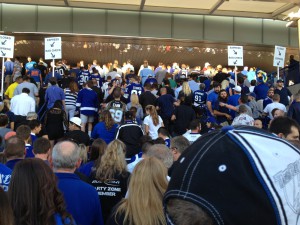 Hours prior to Game Six, I felt something I hadn’t felt in quite some time: anticipation, jitters, nervousness… and I know I wasn’t the only one who felt that way.  There were about 19,000 in the arena and a few million in the bay area who felt the same.

These are the very reasons we watch sports: to fully envelop ourselves in unscripted drama.

The Tampa Bay Lightning has successfully infused this town with a fever and the only prescription is a Stanley Cup.  We’ll find out in a few weeks whether they’ll achieve that goal but as of right now, they are one of four remaining teams that can win it.  Their chances are as good as any.  They’re close and the town can sense it.  With every slap shot, cross check and power play, this city (and one guy that lives in it) once again understands what it’s like to root for a champion.

Win or lose, we are vested.

There’s a line in a Louie episode where he has just broken up with a woman he barely knew yet had fallen deeply in love with.  He seeks counsel from his therapist, played by Charles Grodin.  “So you took a chance on being happy even though you knew that later on you would be sad.  And now you’re sad.  So what’s the problem,” Grodin asks him.

It’s Louie’s take on the whole ‘better to have loved and lost’ argument.  Grodin consoles Louie, now that his love has gone, by telling him it’s the agony caused by her absence that’s to be enjoyed.  That’s how you know you were in love.

We’re not sure if the Lightning will win a Stanley Cup this year but I, and a ton of others, are along for the ride.  Regardless of whether our journey ends in agony or ecstasy, it sure is one helluva journey.

Misery Is Wasted On The Miserable – Louie S4E10 from Dnyanraj Bodhe on Vimeo.