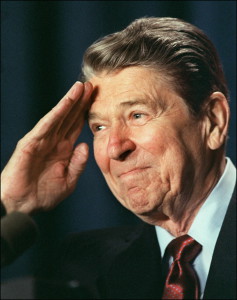 I remember taking an intro to poli sci class back in the day when students actually went to class instead of channeling streaming video of the lecture onto their dorm room iPads.

In this one lecture in particular, the professor mentioned that in Ronald Reagan’s second term as president, only 96% of Americans could tell you who the President of the United States was.  That statistic always amazed me.

96% might seem like a high number but this was the man’s second term as Commander-in-Chief.  Surely everyone should be able to name him by that point.  With over 300 million people in this country, that’s around 12 million that would respond “Duh!” when you asked them the president’s name.  These are the same people that now watch a lot of reality TV.

Well, apparently we are just as unfamiliar with LeBron James as we are our nation’s 40th president.

I’m a pretty avid sports fan (in case you hadn’t noticed).  I don’t think it’s entirely inexcusable that some random game show contestant has never heard of the greatest basketball player on the planet.  Just because I’m obsessed with all things sporty doesn’t mean everyone has to be.  Some people have more important things to do with their lives.  I just can’t imagine what they are.

On a recent Price is Right episode, we were witness to the perfect dichotomy between the sports obsessed and the sports oblivious.  When stepping up to spin that magical wheel, host Drew Carey, who is amazingly still employed, asks one contestant if there is anybody he’d like to say hello to.  The man sends his regards to his wife, friends, family… and LeBron James.  Hopefully, this guy doesn’t have any kids he failed to mention in the shout-out. 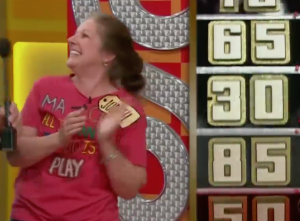 Carey goes on for another minute or two, cracking jokes that aren’t in any way funny, when a woman steps up to spin the wheel.  Carey asks her the same question he asked the previous gentleman, if there’s anybody she’d like to say hello to.  She sends her love to her family in the audience and her friends back home.  Carey, who ran out of jokes about twenty years ago, asks her if she also wants to say hello to LeBron.

She responds with a “who?”

Now either this poor, pony-tailed lady has never heard of LeBron, which is clearly possible even though Carey had just spent the last two minutes talking about him, or she got caught up in the moment, which is also perfectly possible.

While LeBron might not have the marketability of Michael Jordan, he’s still the most recognizable face in the NBA this side of Cliff Paul, who Mother of SportsChump actually thought was Chris Paul’s brother the first time she saw that commercial.  Sorry, Mom. 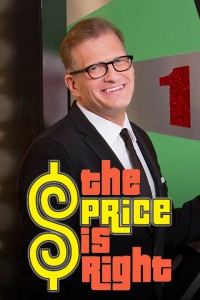 I’m not sure what’s more disturbing.  The fact that this woman has never heard of LeBron James, the fact that Drew Carey still thinks he’s funny or that a grown man found it reasonable to say include LeBron James among the list of people he says hello to from a game show.

Either way, it’s clear that all three need a free subscription to SportsChump: the female contestant to be schooled on all things Lebron , the male contestant to make sure he’s got his priorities in check and Drew Carey to rediscover his long lost sense of humor.