I am here to provide closure for baseball fans once and for all.  You can thank me later.

Today, I am going to grant myself one wish and one wish only.  Of course, if I actually stumbled onto a genie’s lamp, becoming Major League Baseball’s commissioner for a day would not be at the top of my request list.  I’d probably ask for a million dollars or something far more useful but for the sake of this post and the future health of the sport, I’ll make an exception. 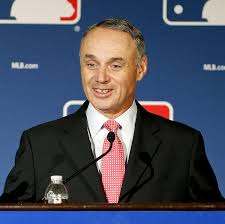 Baseball’s recent history is in dire need of repair.  After much deliberation, I have decided I’m the man for the job.

As commissioner for a day, I vow to finally resolve the steroid scandal, putting the entire thing behind us and providing any fan who watched the game from 1986 to 2012 the closure they desperately desire and deserve.

And this is how I do it.  Commissioner Manfred, you may want to pay attention.

I only have one full work day to fix the mess the sport created.  The buck stops with me.  There will be no more pussyfooting around about who took what, when and why.  Furthermore, and listen carefully, there will be no more exclusion from the Hall of Fame for those who used performance enhancing drugs.

And WAIT… before you hardcore traditionalists click off the page in disgust, here me out.

I am here to grant amnesty.  All I ask for in return is the truth.

I will call each and every athlete who made an impact on the sport during that time into my office individually.  (We might be putting in a little overtime today, gentlemen!)  I will ask each of them whether they ingested any sort of performance enhancing substance while in the league.  We have no real estimate as to how many players were using during that time but some claim the number could be 50, 60 or 70%… perhaps even higher.

We will no longer sweep this problem under the rug.  The truth shall set us free. 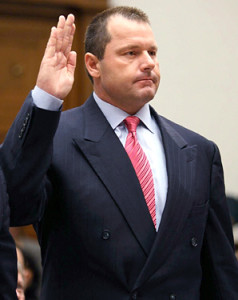 First into my office will be the big names: Roger Clemens, Barry Bonds, Rafael Palmeiro, etc.  These are players whose statistics warrant first ballot acceptance.  As Commissioner, I will grant them that in exchange for coming clean… about everything.  I want every last detail.

In exchange for their confession, I will give them a bust in Cooperstown with their name on it.  It’s the only way to be sure.

That way, we can finally move on.

Unfair, you suggest?  They cheated the game, you say?  I’ll tell you what’s unfair.  It’s unfair to keep the fan that spends his hard-earned money in waiting.  This way, we know the truth once and for all.  Players who used and put up worthwhile numbers will be voted into the Hall.  A syringe into the rear is no longer grounds for ostracism.  Instead, the price they pay will be the stigma attached to using performance enhancing drugs to get there.  There will be no cheaters wing, no asterisks and no second guessing.  Only the court of public opinion on their legacy.

Unfair to the players who played clean, you say?  To those (likely very few) players, I suggest those sportswriters who vote on entry into the Hall measure their successes accordingly.  And if those players do not get voted in, at least their clean conscious will allow them to sleep peacefully at night.

Finally, all those who used steroids will be required to travel to schools around the country, meeting with today’s youth and warning them about the dangers of using performance enhancers at an early age.  Trust me, as technology advances, so will the drugs that kids ingest and the desire to use them.  Making amends with today’s youth is the only way to ensure the sport proceeds on the right path.

Gentlemen, it’s time to reap what we’ve sewn and put the past behind us.

If you’ve got a better answer, I’m all ears.

15 Replies to “Let ‘em in, let ‘em all in: SportsChump plays Commissioner for a day”