“What the hell am I doing here?  I don’t belong here.” 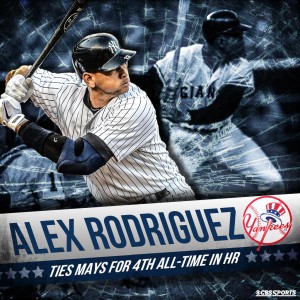 This week, Alex Rodriguez knocked in his 1992nd RBI.  That tied him with Babe Ruth for fourth most all-time.  Not long ago he passed Willie Mays for fourth on the all-time home run list.  Like it or not, A-Rod’s name is firmly etched into baseball’s history books.  And he continues to play in the line-up almost every night for the New York Yankees.

But what are we really watching here?

Rodriguez came back this year after being suspended all of last season.  Speculation lingered as to whether he would return, whether the Yankees wanted him back and whether the game wanted him back.  At 39 (soon to be 40), he IS back and actually having a decent season.  He’s hit ten home runs and is batting just under .250.  Those are well below his career numbers but he’s still getting the playing time… and a paycheck.  This year the Yankees will pay him $22 million.

But I still can’t help but think… what are we watching? 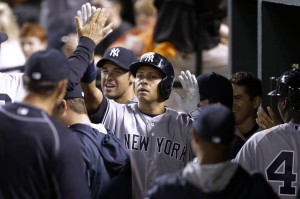 So again, what exactly are we watching?

Most players will tell you they’re playing for a championship, the ultimate prize.  A-Rod’s Yankees have as good a shot as any.  But individual records are how we judge a player’s greatness… or at least how we have in the past.  In baseball, every hit, run and error become a part of history.

So what’s the point of A-Rod perpetuating his career if every record he breaks means nothing?  We’ll never consider him among the greats, only someone who could have been.  Despite climbing the record books in every important offensive category, his numbers will never be recognized as legitimate.

He’s 50 home runs behind Ruth, 90 behind Aaron and just less than 100 behind Bonds.  Passing those three, while unlikely, is still conceivable if he gets enough at-bats and plays out his remaining contract.

But it’s not anything we will cheer for.  It’s like getting the all-time high score on a video game that we’ve learned the cheat codes for.

So what are we watching?

Every time A-Rod steps to the plate, we’re watching something that doesn’t really matter.  Major League Baseball has done its best to put steroids behind it.  The penalties for violating the rules are as strict as they’ve ever been.  With a few alleged exceptions, A-Rod remains the one active link to an era marked by ass cheeks and asterisks. 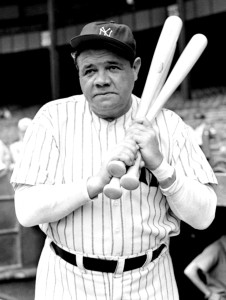 So somebody please tell me what we’re watching because for the life of me I can’t figure it out.  And if we’re watching something that doesn’t really matter, why should we even watch in the first place?