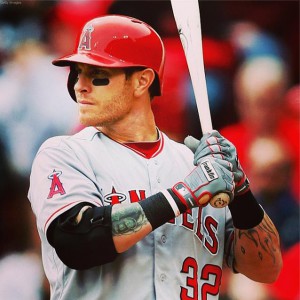 Here’s what I know about Josh Hamilton.  He was once one of baseball’s top prospects, a player that was supposed to change the game.  He won the AL MVP in 2010, a year in which he made $3.25 mil.  He would go on to make $56 million over the next four.

Josh Hamilton also likes to party.  Not clubbin’ Rob Gronkowski kind of party but Joshie has a weakness for the powder… and the booze.  Hamilton has been suspended numerous times for alcohol and cocaine use.  He’s no Steve Howe but he’s getting darn close.

Hamilton’s continued relapses prove he has yet to find the right type of assistance, the assistance that comes from within, the will power to find his own Josh Hamilton 2.0.

At one point in his career, not all that long ago, it seemed like he was close to recovery.  He gave interviews attesting to his sobriety.  He seemed focused, his baseball game had returned.  He then reverted back to his weaker ways. 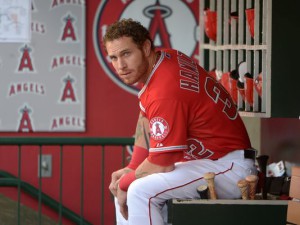 And yet all anyone can talk about these days is which team, the Angels or the Rangers, got the better end of his recent trade, the Rangers for acquiring him or the Angels for letting him go.  It’s as if his health matters for naught.

We tend to forget these people are kids sometimes.  Josh Hamilton just turned 34 but has struggled with cocaine use since his early 20s, perhaps even earlier.

For me, and I could very well be wrong here, but it seems like he was on the path to recovery when something happened that would throw anyone for a loop. 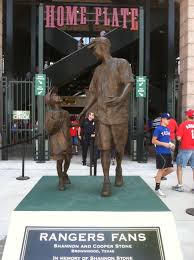 Josh Hamilton inadvertently killed a fan.  Call it what you want but Josh Hamilton was directly responsible for the death of another and it was all an accident.  Why don’t we talk about this more and the effect this had on his psyche?   In a one in a billion chance, Hamilton tossed a ball to a boy and his father in the stands.  The ball failed to reach them, falling just outside their grasp.  The father reached for the ball and fell over the railing to his eventual death.  This was in 2011.  The Rangers have since erected a statue in the man’s honor.

Hamilton was the athlete least equipped to handle that sort of drama.  On top of his addiction, every day he has to live with that fact, something he thought would bring joy to a fan brought absolute misery.  Imagine having to trot out to leftfield every night with that image in your head, passing that very location where your life changed forever and another one ended.  How does one live with that?  How does one find the strength to carry on?

We tend to get caught up sometimes in highlights and home runs, losing sight of what’s important.  There are more important things in life than baseball or the value of a trade.  Ultimately, Josh Hamilton is the only person who can choose whether he succeeds or fails, not as a baseball player but as a human being.

Which team he plays for is of minimal importance.  We must never lose sight of that.

34 Replies to “My take on Josh Hamilton”