Well, after 102 games, Tampa Bay has made the Stanley Cup Finals.

And I called it. 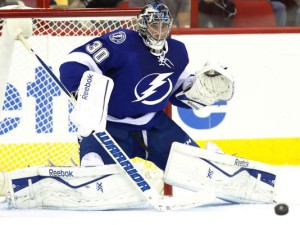 As you all very well know by now, I’ve been to about fifteen Lightning games this season.  Consider it my crash course in hockey.  I don’t know much about the sport but I do know that what I saw on the ice this season impressed me.

The Lightning just looked like a team that clicked.  They were tough, fast and had a goalie that stood six-foot-seven.  They had one of the league’s established superstars yet enough balance not to rely on him.

When playing their best, they were aggressive offensively.  There wasn’t a game this season, that I saw at least, in which they didn’t outshoot their opponent, if not outscore them.  They ended up leading the league in goals scored per game.  They also weren’t afraid to mix it up, not soft by any stretch.  And Ben Bishop, while not the most proficient goalie in the game, has proven his mettle in the post-season.  He’s already notched three shutouts, including two in the only two Games Seven he’s ever played.

Right around the middle of the season, I asked hockey fans more knowledgeable than I whether it would be wise to take a future bet on them, whether they had a legitimate shot to win the Stanley Cup.  Most warned against it, despite my avid convincing.  They don’t have the experience, they suggested.  Neither does Bishop, they countered.  Next year would be their year; they were trying to save me my money.

But I saw something different.  First of all, I saw value in the bet.  Tampa is not the major betting market as opposed to some of the other cities that were in the running for the Cup.  The Lightning hovered around the third best team in the Eastern Conference; few Western teams had more points.  But for some reason, teams with worse overall records had better odds to win the Stanley Cup.  Vegas liked New York, Chicago, Montreal, Pittsburgh, Anaheim and others far more than they did the Lightning.  That was reflected in the odds.  At one point, Tampa Bay was fifteen-to-one to win the Cup while other teams were less than that.  That made no sense to me.  Whenever I see skewed odds like that, I jump.  Besides, betting on the home team would make the playoffs more interesting.  It’s been that and then some. 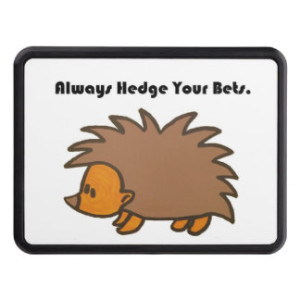 So I put fifty bucks on the Lightning and now they’re four games away from me cashing in on that wager.

So now the question is whether to “hedge” my bet to protect my original fifty.

Hedging means I would place a wager on the Chicago Blackhawks to win the Stanley Cup to make up for the original bet I placed mid-season.  As it stands right now, if the Lightning win, I’m $700 to the good, the fifty I placed coming back at fourteen-to-one.  If they lose, I lose… unless of course I hedge my bet and bet on the ‘Hawks.

The ‘Hawks are -150 to win the series which means I’d have to bet $75 to protect the original fifty.  If the Hawks win, I break even.  If the Lightning win, I’d obviously lose the $75 but cash on my original wager.

I’ve asked some of my friends and regular readers whether I should hedge, people whose opinions I trust and respect. 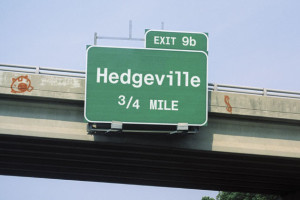 Most if not all have said that I just leave it alone, like a 401K I shouldn’t touch.  As you may have read in comments past, Ronbets suggests only hedging a bet if it’s “life-changing money.”  Fifty dollars is most certainly not that.  Fellow Vegas-dweller and site contributor, Croshere also suggested leaving it alone.  For only fifty bucks, why bother going against the team you’re rooting for?  I agree that going against your original wager and betting on the team you’re rooting against leaves one with an empty feeling inside but financially is it the wise thing to do?  Dr. Milhouse, who has been right on most things hockey so far these playoffs, confidently suggested “We got this.”  And the Ice Cream Man, with whom I placed the wager, is still up in the air.

I have two more days to decide whether or not to protect this bet.  Even though it might make sense, as of yet I’m inclined to listen to my consiglieri and ride this one out one last time.  If the Blackhawks come out victorious, I chalk up the loss to a fun two-month ride and fifty bucks very well spent.  And if I leave it alone and the Lightning win, well let’s just say that drinks are on me.

14 Replies to “To hedge or not to hedge: That is my question”