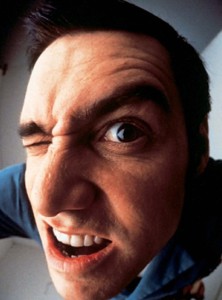 There’s a scene in “The Cable Guy” where the needy, clingy and downright frightening Jim Carrey tries to secure his fledgling friendship with the far more subdued Matthew Broderick.  It is at that moment that Broderick tells Carrey he “just doesn’t have room for any more friends.”

That was pretty much the way I felt about hockey.  As an avid baseball, basketball and football fan, sprinkled in with some tennis, golf and boxing, I just didn’t have room for any more friends.  Sports had consumed enough of my life.  Far be it from me to allow another to compete for my attention.

Hockey was neither needy nor clingy and to be perfectly honest, hockey could probably care less whether I paid attention or not.

Hockey was foreign to me.  It provided rules and terminology with which I was totally unfamiliar.  Roughing is a penalty?  If you ask me, the entire sport looks like roughing.  I can’t skate, I don’t fight, I have all my teeth, I don’t speak French and I can’t grow a beard.  Hockey therefore represented a culture that was totally new.

But the Tampa Bay Lightning sucked me in. 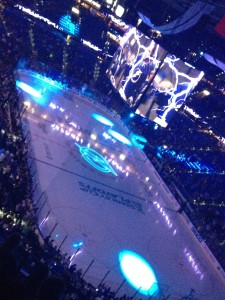 Never before had I watched as many as five hockey games in a single season and certainly not in their entirety.  This season, I attended about fifteen games including the playoffs.  If it wasn’t for work, I wouldn’t have missed a moment and even then I sneaked peeks when I could.

The reasons for not allowing hockey into my life were purely selfish.  I wasn’t sure what hockey brought to the table.  Ten years ago, in another run to the Stanley Cup, I watched the Lightning but more as a distant observer, a loiterer who was invited to the party for the free food and drink.

This time around, I had a far more vested interest.

Hockey was a fun friend, different from the others I had known all my life.  Hockey was cold, hard, fast, violent and determined.  Hockey provided something different.  For example, it’s rare for me to go to a sporting event and know less about the sport I’m watching than the people around me.  That was the case with hockey.  As entertaining as that was, it was always an evening of educational humility.

The Tampa Bay Lightning ended up losing in the Stanley Cup Finals to what proved to be the better team.  In doing so, they united a community.  There wasn’t a person I’ve talked to in this town over the past two months, and I’ve talked to a lot, that wasn’t following this team’s every move.

They did well, very well.

And a town full of people will be watching.  Rest assured I’ll be one of them.

20 Replies to “My newest bestie: A follow-up to Because Hockey”