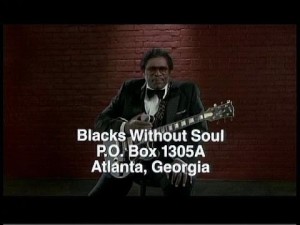 I hate having to do this.  I really do.  But I feel these conversations are for the good of humanity.  I’m only here to help those less fortunate.  Like BB King once tried to help Blacks without Soul, consider this my effort to educate , er… people (better, D?) who have not a single clue about sports.

It wasn’t long ago that we here at the Chump (and by we, I mean me) came up with the Sports Snobbery series.  Sports Snobbery is when someone says something to you about sports so absolutely asinine, uninformed and nonsensical that you can hardly contain yourself.

It happened again this weekend. 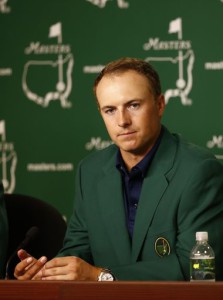 Heading into the Open, Spieth had already won this year’s Masters and finished in the top three six times this year.  Clearly the kid has been in the zone.

He was in the zone again all weekend.  After Friday’s round, he was tied for the lead at five under par.

This particular US Open was being played in Washington State so those of us on the East coast were treated to some late night golf.

It was about six o’clock in the evening east coast time, making it three o’clock on the other coast.  Golfers aplenty were still on the course.  Some had just teed off.  I glanced up for a quick look at the leaderboard to find Spieth’s name atop it.

I was preoccupied at the time but asked a gentleman who seemed to be paying attention to the round if Spieth was the “leader in the clubhouse,” which is ironically how Spieth ended up winning.

He replied “Yes” but then…. Ugh… he said “but there are still golfers left to play their rounds.” 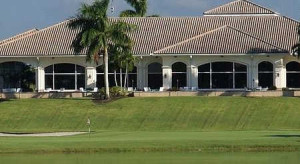 Clearly, there were golfers still on the golf course.  Some had just begun their round.  I wasn’t asking the gentlemen if Spieth had won the tourney or even if he were the overall leader at the end of the day.  Golfers were scattered all over the course more so than the sugar ants on my kitchen counter (by the way, does anybody know how to get rid of those damn things?)

Never mind that fact that it was obvious that there were still golfers playing their rounds.  The very nature of my question, in the clubhouse, IMPLIES that there are people still on the course.  If a golfer is leading the tourney and in the clubhouse, that means others have yet to finish their rounds otherwise they would be in the clubhouse too and the leader would have won.  I wonder if he regretted those words as soon as they left his mouth.

I’m not asking for a lot here, just some common sense, people.

Here’s your job should you choose to accept it, my fellow sports snobs.  I am hereby holding all of you accountable.  Encourage your friends to subscribe to SportsChump.net.  The link is on the top right of this page.  It’s free and only takes thirty seconds out of your day.   Not only will you be doing your part to spread the SportsChump gospel but you’re ensuring these kinds of comments are kept to a minimum.

25 thoughts on “Sports Snobbery, Episode 5: The meaning of “In the Clubhouse””