“Nothing good ever happens after midnight”

“I’m not saying he should have killed her… but I understand.”

God bless the world of sports for relentlessly providing us with never-ending drama, the perfectly imperfect microcosm of our society.  I don’t know whether to thank sports or condemn them.  Incident by horrific incident, we are given the opportunity to collectively interpret events.  How we learn from them will determine whether we progress or regress as a nation, whether we come together or are torn farther apart. 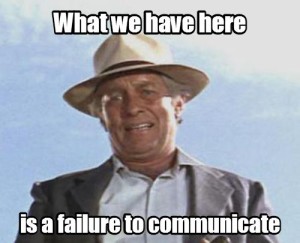 What we have here most recently, other than the apparent failure to communicate, is a sports story that incorporates every imaginable angle of an evening gone wrong: race, age, violence, alcohol, education, class, the law, entitlement, two sides to one fucked up story… essentially, everything that defines us and divides us as a nation of inherent differences and underappreciated similarities.

Bear with me as I try to sort out the madness. 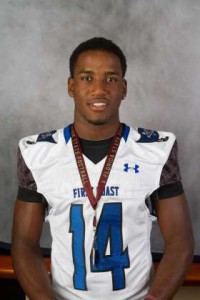 De’Andre Johnson is a college freshman and future star quarterback for Florida State University… or at least he was.  The kid had not even walked into a classroom and he’s already been kicked off the football team.  No word as to whether he’ll be allowed to remain in school or whether he’ll even want to after what happened in a nightclub less than a month ago.  That’s okay.  He learned more in one night about what NOT to do than he would have in four years at Florida State.

Johnson was in a Tallahassee bar when he and a woman bumped into each other competing for bar space.  For a moment, let’s put aside the fact that Johnson is under-aged and has no business being in a bar in the first place.

After the bump, the two got into a verbal then physical altercation which ended up with Johnson striking the female, leaving her clearly dazed and confused.

At first glance, we immediately recalled the Ray Rice incident where he struck his girlfriend in a Las Vegas elevator, the hazy reminder of a disturbingly similar video we saw not long ago. 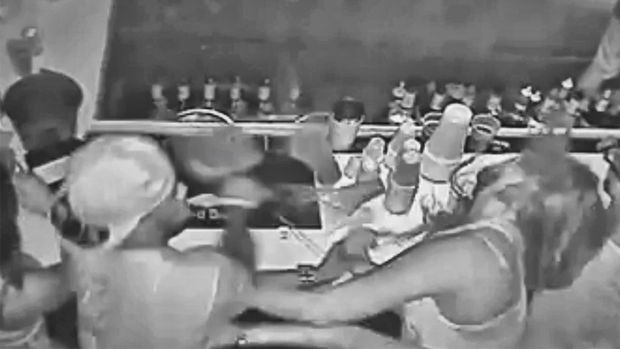 But the Johnson case is not that simple or at least that’s what his attorneys would have us believe.

Here’s where things gets interesting.  Excuse me while I ruffle some feathers.

The video recording of the Johnson incident is clear.  What we see, after we witness the “victim” raise her fist is Johnson restraining her, her kneeing him, her shouting at him, her throwing a punch and then him cold-cocking her.  Those around her then rush to her aid trying to figure out what the hell happened in the ten or so seconds that intertwined the lives of these two forever. 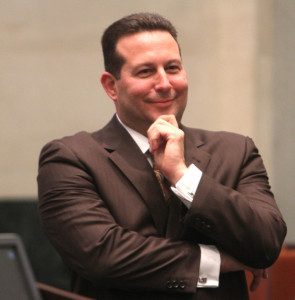 ohnson’s attorney is now playing the race card, saying that not only did she strike him twice but also dropped an n-bomb.  Again, here’s where things get interesting.

By no means am I justifying violence, particularly against women but… what if she did?  What if what they’re saying is true?

Let’s assume two different scenarios.  Scenario one is that the defense fabricated the race game.  She never said anything of the sort and they’re just trying to sway public opinion onto the side of their client in an attempt to clear his name or at least explain what provoked such a response.  If that’s the case, both he and his defense team deserve to rot in hell for using such a sensitive issue to defend the barbaric behavior of their client.

Scenario two is that it happened just like they said.  Aside from being the physical aggressor in this case, the woman at the bar also decided to call De’Andre Johnson a nigger.

Let’s say for the sake of this argument that she even admits to it just to put all doubt aside.  Let’s say, this young lady comes clean and says. “Yes, I was at the bar. This guy bumped into me, pissed me off and I called him things I shouldn’t have.”

Think about it.  You just hesitated.

Are Johnson’s actions then justified?  More justified?  She dropped an N-Bomb, kneed him and punched him.  Do we now see where the kid could be a little pissed off?

By no means am I suggesting that Johnson was right.  His poor decision-making will stick with him for the rest of his life and rightfully so, but does her egging him on in that fashion soften the blow?  We all saw the video.  Our first instinct was to presume Johnson was 100% guilty.  He’s undeniably guilty of poor judgment but throw in some N-bombs and we have ourselves one cluster of a situation, not one as cut and dry of a guy being guilty for striking a woman.

Here’s the thing.  Johnson should have known better.  There’s no doubt about that.  Walking away is always a solid option.

In no way am I condoning any sort of violence but every black person I know, if someone spitefully hurls an N-bomb in their direction, or never mind black but insert the minority and corresponding racial slur of your choosing and guess what.  It will take everything in their power to react in a civil manner.  Add alcohol and watch any inkling of rationality fly right out the window. 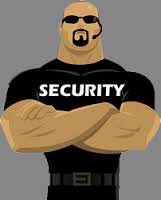 Sure, backing away, allowing the woman to wallow in her own drunken stupidity or calling security over is the sensible response but sensibility is the last thing you’d expect to find in a bar full of drunken nineteen year olds.

So what can we learn from all this?  I’m assuming most of my readers already know how to behave so this one’s for the children.

The next time you’re in public, don’t hit anyone.  Don’t provoke anyone.  Treat those you meet with respect.  Befriend them rather than antagonizing them.  If you do bump into someone, politely say excuse me.  Offer to buy them a drink.  Heck, if you’re hanging out at nickel beer night, that shouldn’t break your bank.  Don’t raise your hand to anyone but if you do, be prepared to back it up.  And if you drop an n-bomb, understand that the odds of you getting smacked go up considerably.

Practicing overall decency is a solid rule to live by.  Do unto others.  The day we no longer have to have these conversations means we’ve finally learned from our mistakes and can move on to talk about something a little more positive.

I’m still holding out hope.  Now maybe I’m the one being insensible.

26 Replies to “De’Andre strikes: One night out that changed everything”