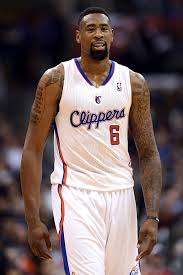 I can’t believe I’m even taking time out of my extremely busy schedule (yoga, semi-nude sunbathing, overall disorderly conduct) to discuss the goings on in the Deandre Jordan sweepstakes but since everyone else has jumped on the ‘this is incredibly important’ bandwagon, I figured I might as well waste my time writing about something that will have absolutely no bearing on the upcoming basketball season.

Plus Dr. Milhouse said it was important so here I go.

The best part about the NBA free agency period is that it keeps us hoop heads talking about basketball all summer long.  The draft and subsequent free agency jockeying are the league’s first chess moves in a season-long balance of power that ultimately result in one champion and twenty-nine also rans.  Who wants to go where and play with whom?  Drama.  Favoritism.  Who lands the big fish?  ABC, Always be closing.  Which deals are booms or busts?  With the signing of both LaMarcus Aldridge and David West, you can’t tell me you’re not eager to see how the Spurs evolve from old to new.

The downside to free agency is that for every happy camper, there is always someone left standing at the altar.

Deandre Jordan is a serviceable center in a league that really doesn’t have many.  That makes him coveted.  He’s not a great post player.  He gets the majority of his buckets from the up-tempo style of the Los Angeles Clippers game plan.  That being said, we all like a good dunk or two.  And nobody had more dunks this season than Deandre Jordan.

Before free agency hit, his was one of the more important contracts expiring simply because seven-footers don’t grow on trees.

The Dallas Mavericks appeared to have a bead on him.  In fact, they did.

The summer’s free agency period officially began on July 1st.  On July 3rd, Deandre Jordan verbally agreed to a four-year deal with the Mavs… but he couldn’t sign until July 9th.  Knowing he had Jordan in the bag, Mark Cuban probably was getting himself a fair amount of sleep over the July 4th holiday, lighting off fireworks far more carefully than Jason Pierre-Paul and CJ Wilson.  Jordan might not have made Dallas immediate contenders but his presence would have at least made things more interesting. 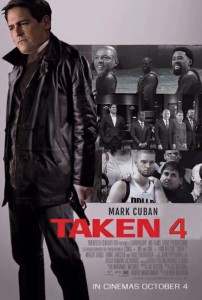 Deandre Jordan decided to stay in L.A.  His teammates begged him to stay.  There was a groundswell of support from a team that’s done nothing but underachieve ever since he, Chris Paul and Blake Griffin started playing basketball together.

And so, Jordan remains a Clipper.

The Clippers haven’t received this much attention since their old owner told his wife not to hang out with Magic Johnson because he’s black.  Hey, at least they’re in the news for something other than sucking.

Jordan has since apologized to Cuban… on Twitter.  Cuban smacked back saying the apology was contrived.  The entire incident is silly and hardly newsworthy.  People change their minds all the time. In fact, that’s what the entire moratorium period is designed for.  Jordan was well within his right to do as he pleases.

With Jordan returning, the Clippers aren’t better than either the Spurs or Warriors.  The Mavericks, with Jordan, weren’t either.

So was all the hoopla simply because Mark Cuban was involved, a rich guy not getting what he wants?  Boo hoo! Was it because Jordan plays in Los Angeles?   Was it all a media stunt or was it just a slow news week in sports?  This whole thing sounds very WWE to me.   Don’t we have better things to talk about?  The guy changed his mind during a period in which he was legally allowed to.  He stayed with the team he played his entire career with, a team that is probably better than the Mavs, and a team that could pay him more money.  Sounds like a no-brainer to me.

So that’s all the time I’m going to spend talking about DeAndre Jordan and his short romance with the Dallas Mavericks.

Now on to something hopefully more relevant.

20 Replies to “Mountains out of molehills: Deandre Jordan disses Dallas for L.A”