“You know we’ve got to find a way, to bring some lovin’ here today.”

My buddy J-Dub has a series of posts he calls “Signs We Are Near The End Of Civilization.”  These posts traverse a number of topics that range from petty to disturbing, some that have to do with sports, all of which have to do with the fact that we are sprinting towards the finish line of “civil”ization as we know it. 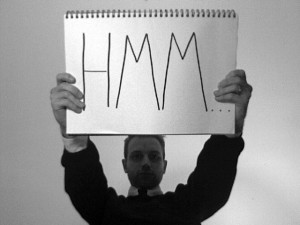 I’ve discussed a number of these things that make you go hmmm myself.  They’d be laughable if they weren’t so damn telling.  For example, I get that we need metal detectors in schools.  It’s just sad that we do.

You see, the main difference between Dub and me is that he’s a realist.  I’m an idealist and always have been.  What’s that old Winston Churchill line that goes if you’re not a liberal when you’re young then you have no heart and if you’re not conservative by the time you’re older, you have no brain?  Well, call me the scarecrow.  I’ve always believed, and still do, that we can coexist without a) randomly smacking the shit out of one another and b) doing things that warrant you having the shit smacked out of you.

It all seems pretty simple to me.  Perhaps I’m drinking different water than everyone else.

Years ago, I wrote somewhat jokingly about a fantasy sports league where the athletes you drafted would garner points if they raped, murdered, took performance enhancing drugs, drove drunk, got into a bar fight, recorded a rap album, etc.  The post was inspired right around the time news of Michael Vick’s dog ring broke.  It seemed that with every passing day, athletes kept finding their way into more unimaginably despicable situations.

Times haven’t changed much since Vick.

Athletes beating women has become commonplace.  DUIs continue at alarming rate.  Athletes are routinely jailed and suspended for who knows what.

Now we have a story with so much wrong to it that I don’t even know where to begin.  And I thought a catfight breaking out at Macho Camacho’s funeral took the cake. 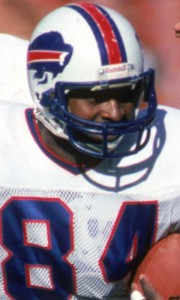 I had never heard of Buster Barnett until an unnamed source sent me a TMZ link explaining what went down with his two women.

Buster Barnett was a tight end who played for the Buffalo Bills back in the day, clearly not the most famous Bill to land himself in trouble with the law but a pretty famous Bill nonetheless.

Buster Barnett had himself a wife.  And a girlfriend.

Now he has neither.

The reason for that is because his mistress of three years kidnapped his wife, shot her and then committed suicide.

Yeah, this is going on in our world.

Gentlemen, have we learned nothing from Lorena Bobbitt?  I get that people stray and sex lives lose their luster.  Trust me.  I have my own long history of infidelity.  But it might be time for us to pop Fatal Attraction back into the DVD player the next time we feel like putting our business where it doesn’t belong.

Barnett’s mistress kidnapped his wife, took her for a ride in her SUV at gunpoint, driving from Georgia to Alabama as police chased after them then fired her weapon on Barnett’s wife and then on herself.

Can I be the first to just shake this planet and ask repeatedly “What the fuck is going on?”

Let’s go back to square one, shall we?  Husbands, if you have a wife, don’t cheat on her.  Wives, you do the same.  If you feel like straying, discuss it with your partner or better yet, don’t get married in the first place.  And for goodness sakes, don’t kill anyone.  Aside from being wholeheartedly immoral, it also happens to be against the law.  If your husband cheats on you, kick him in the nuts or something.  Then bang one of his friends.  Those techniques were successful retribution long before guns were invented.

Alright, it’s time for me to stop reading the disturbing articles that people send me.  Now if you excuse me, I’m going back to my bubble.

14 Replies to “Buster Barnett and his two women”