I have this friend with whom I used to tend bar for about four years.

Having worked there long before I ever stepped foot in the joint, Mr. K was a mainstay.  Servers would come and go and he would barely pay them any mind.  It wasn’t that he was a dick, although he had his moments.  He just didn’t see the need to get personally attached to anyone who was a) going to be hired and fired in a matter of weeks b) wasn’t going to care or bring as much value to the place as he did. 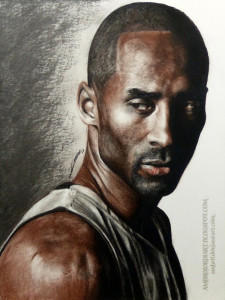 Now I’m sure my friend would be flattered that I’m about to compare his antics to Kobe Bryant but that is exactly what’s going on in Los Angeles.

In a recent press conference, the local and national media were invited to interview the newest Los Angeles Lakers: Roy Hibbert, Brandon Bass and Lou Williams.  One reporter who couldn’t possibly have foreseen how outstanding a response his question would elicit asked if any of the new signees had heard from Kobe Bryant.

Silence.  Not even the crickets were making noise.

Now, perhaps Kobe was busy.  I mean, I’m sure he’s got important things to do.  Perhaps he’s focused on next season, which for all intents and purposes should be his last, barring any catastrophic Brett Favre-like “I’m back” retirements.  But Kobe could still have reached out, yea?  I mean, I know he’s convinced he’s the greatest player of this generation (#TimDuncan) but even Carmelo Anthony shot Kristap Porzingis a text welcoming his new teammate to New York.

I guess that’s just not how Kobe rolls.

This is going to be an odd year for Lakers fans.  Kobe Bryant is essentially Dead Man Walking.  At an old 37, considering the mileage he’s got on those legs, there’s no way he’ll be able to play at the level he’s accustomed.  But there’s also no way he’s not going to demand minutes… and shots.

As Michael Jordan aged, he adjusted his game, a little more passing, a little less shot taking, ensuring his body wasn’t getting beaten down.  Having only played in 41 games the last two seasons, it is imperative that Kobe make those same adjustments.  Perhaps he hasn’t found anyone on his roster he trusts enough to pass the ball too.  To his defense, the Lakers roster has been pretty vapid lately.

That won’t be the case this year.  They’ll have some nice young talent, not enough to compete for a playoff spot but enough to at least do a little damage.  And if you disagree about that whole playoff thing, which I’m sure some of you will (Bleed, Dub, G Mony), that’s just your unabashed and disillusioned Laker homerism shining through.  More power to you guys. 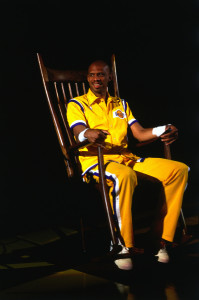 I remember Kareem Adbul-Jabbar’s last year in the league.  Every road arena he visited hosted a ceremony celebrating his career.  One team bought him a boat.  Another franchise awarded him a nice jazz collection on compact disc, back when people listened to compact discs.  And Kareem wasn’t even all that well-liked.  He was standoffish at best.  Kobe, while equally as admired, is perhaps even less liked.

So what we’re about to see this year will be a total side show, remembrances of what Kobe Bryant was:  an assassin, a champion, a ruthless competitor and yes, a dick.

As the NBA ushers out the old and in the new, Kobe Bryant will ride off into the sunset looking for the next big thing that all obsessively competitive athletes must find to appease their nature.

And yes, the Lakers will live on in his absence.  They’re just going to have to wait another full season to do so.