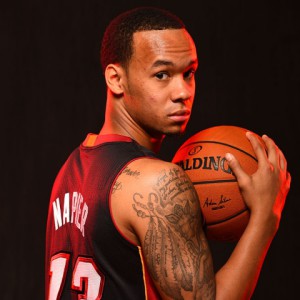 I woke up to news the other morning that the Orlando Magic had traded for Shabazz Napier.

Shortly thereafter, I Tweeted “As an Orlando Magic fan, someone other than Shabazz Napier’s mom tell me why I’m supposed to be excited about acquiring Shabazz Napier.”

How I long for the days when the team I rooted for was relevant.

The NBA’s Eastern Conference is piss-poor.  Compared to the teams that play out West, well, let’s just say there is no comparison.  The New Orleans Pelicans, led by Anthony Davis, scratched and clawed their way to the West’s eighth seed last year.  They finished eight games over .500.  The Brooklyn Nets made the playoffs as an eighth seed in the East.  They finished the season at a paltry 38-44.

The Orlando Magic finished another 13 games behind Brooklyn which is why there is such a clamoring for revamping the NBA playoffs.

There was a time in recent history, two times actually, when the Magic were bad ass.  Their first run to the NBA Finals featured guys like Shaq, Nick Anderson, Penny Hardaway, Horace Grant and Dennis Scott.  They made it all the way to the Finals before losing to the Houston Rockets.

Orlando’s second run at glory featured Dwight Howard, Hedo Turkoglu and Rashard Lewis.  That team once again lost in the Finals, this time to the Los Angeles Lakers.  Even in between those years, the Magic put forth competitive teams mostly with the help of Tracy McGrady.

The times, they are a changing.  Not a single link to those winning ways remains.  And it makes it difficult to cheer for.

It wasn’t all that long ago that I wrote a post about bandwagon fans.  They’re the worst of the worst, the lowest of the low.  How dare some fan come along and enjoy a championship I waited a lifetime for.

But I’m starting to see things in a different light.  Why suffer when you don’t have to?  Losing sucks.  These days, so does being a Magic fan.

Years ago, there wasn’t a minute of Magic basketball I’d miss.  I haven’t seen a complete game of theirs in years.  I no longer live in Orlando so I’m a bit distanced but I can barely name their starting lineup.  It’s a lie to even call myself a fan. 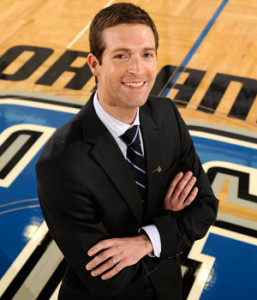 So why should I pretend?

Not long ago, the Magic named Rob Hennigan as their general manager.  This guy was supposed to be cut from the Spurs and Thunder cloth, both organizations for which he worked and had tremendous success.  Hennigan was supposed to make competitors out of the Magic.  The three years he’s been in Orlando, the Magic have won 20, 23 and 25 games.  At that rate, they’ll make the post-season again in 2025.

There once was a time when playing in Orlando meant you were playing for a young upstart team that challenged the established greatness of others.  On their first run to the Finals, they beat Michael Jordan’s Bulls.  In their second run, they beat LeBron’s Cavs.

Those are both distant memories.

I’m not disillusioned enough to think that anyone can topple a LeBron-led team in the East these days but the Magic aren’t even making a run at it.  They’re just plain old bad.  They recently gave Tobias Harris $64 million for four years.  Harris averaged 17 points and 6 rebounds last year.  Those numbers don’t exactly strike fear into the heart of opponents.  Nor does Harris scream franchise player.  The Magic also have Victor Oladipo, Elfrid Payton and Aaron Gordon.  These four players combined don’t have the league experience of Kevin Garnett.  The Magic’s lone twinkle might be that of Croatian Mario Hezonja who turned heads by dunking on a few people in the summer leagues.  He’s going to have to do more than that if this team wants to even sniff the playoffs.

Something has gone wrong with the culture in Orlando.  The town, team and brand new arena should be an easy sell.  There once was a time when players wanted to play there.  Now signing a top quality free agent seems impossible.  The Magic are so far from being competitive, it’d be a miracle if anyone wanted to play there at all. 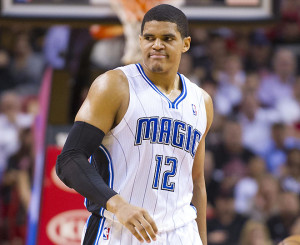 The Magic will once again suffer through a season of irrelevance.  They’ll have some highlights here and there but are going to have to do more than roll out a bunch of 23-year olds to win ballgames.  Where’s the veteran presence?  Where is the twenty-five points a night guy, night in, night out?

I just want to watch good basketball and Orlando isn’t holding up its part of the bargain.  I’m hoping Harris and company can live up to the promise their contracts.  If not, it will be more than just one more irrelevant season that Magic fans suffer.