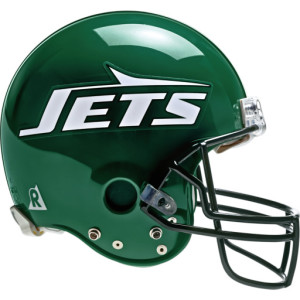 Boys will be boys.  And Jets will most certainly be Jets.

Jets fans aren’t used to losing hope ‘til midway through the season.  As least this year, they can get through their suffering early.

In the wake of Cam Newton scrapping with fellow Panther Josh Norman, now comes news that Geno Smith was sucker punched by teammate Ikemefuna Enemkpali.  Needless to say, that teammate was called into the coach’s office and summarily released.

According to early reports, the Jets starting quarterback will be out 6-10 weeks with a broken jaw but that didn’t stop Twitter from having a little fun at the QB’s expense.

Perhaps NFL coaches should once again remind their players why quarterbacks wear red jerseys in the preseason.

There are days where I question why I stay a Jets fan. Today qualifies as one.

What if someone sucker punched Will Muschamp last year?

The Jets are doing Jet things, it is officially football season!

Don’t punch the starting QB and break his jaw.

Roger Goodell can’t believe the Geno Smith incident.  A NFL player actually punched someone who wasn’t a woman or child.

During the fight, Geno Smith threw a punch that went 3 feet above his teammate’s head.

God, I wish the Jets were the Hard Knocks team.

The Jets locker room is even more dangerous than being in a elevator with Ray Rice.

Fights in training camp are good. Fights everywhere are good. Take a swing at your barista. Dropkick a newspaper box. Punch a car.

This is the first time a guy in New Jersey named Geno got sucker punched since yesterday.

Never, never think that the Jets are incapable of surprising you. Just don’t.

BREAKING:  Bears reach out to Jets player that punched out Geno Smith to check availability on meeting with Jay Cutler

Geno Smith out 6-10 weeks with a broken jaw from a locker room fight. Or as the Jets like to call it, Tuesday.