“They’re creepy and they’re kooky, mysterious and spooky.  They’re all together ooky.”

Only 32 men out of several hundred million that live in this country get to be the starting quarterback of an NFL team on opening day.

And half of them aren’t even qualified.  They’re just filling in the gaps.

The NFL starting quarterback is a different breed of man.  This is a guy who boasted uncanny athletic ability all through Pop Warner, high school, college and then enough to land him a starting gig on the biggest stage of all.  Without fail, starting quarterbacks are tall, charismatic, confident, tough and all blessed with bionic arms.  It’s enough to make the mortal male wish he had picked up a football at an earlier age.

Like most elite athletes, an NFL quarterback’s confidence borders on arrogance and sometimes disillusionment. 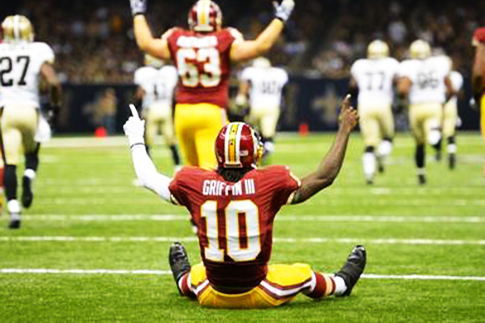 Take Robert Griffin III for example.  RGIII put Baylor football on the map.  That’s not to say Baylor didn’t have a successful program before him but they certainly didn’t have themselves a Heisman Trophy winner.  RGIII has met with mixed reviews since entering the NFL, most of them negative.  There were concerns his game wasn’t suited for the pros, that his body couldn’t handle the wear and tear.  So far those concerns have rung true.

Not if you ask him though.  RGIII thinks he’s the best quarterback in the league.  Cue the drug-testing and concussion jokes.

RGIII’s not alone in his disillusionment.  Eli Manning, winner of two Super Bowls in New York City, is in a contract year.  He thinks he should be the highest paid quarterback in the league.

Correct me if I’m wrong but if RGIII is the best quarterback in the league, shouldn’t he garner the league’s highest salary?

Never mind all that.  Eli has a point.  He’s only one of three active quarterbacks to have won multiple Super Bowls.  He also has more rings than his brother who many think is the greatest quarterback of all-time.  But there’s that old adage about buying the cow when you’ve already gotten the milk for free.

Baby Manning is 34 years old.  Rarely does a thirty-four year old quarterback sign a multi-year deal that makes him the highest paid player in the league.  Not even the biggest Eli fan thinks the Giants should mortgage their future on a contract that could set the team back years. #Kobe

And then there’s yet another high-profile, starting quarterback who is taking the entire league to court.

As you can see, NFL quarterbacks are a special kind of crazy and not just because they get hit in the head a lot.  I half expect Dr. Chilton from Silence of the Lambs to lead us down the bowels of his infirmary, past Hannibal’s cell to see where NFL quarterbacks spend their off-season.

It’s why Jameis Winston will settle into the league nicely.  He might not sustain long-term success but he’s most assuredly bat shit crazy.  How else can you explain a grown man standing on a cafeteria table shouting “F*ck that p*ssy” at the top of his lungs?  Like that wasn’t going to make the news.

This is not a new phenomenon.  Even past quarterbacks have been quirky, to put it politely.  A piss-drunk Joe Namath once told a sideline reporter he wanted to kiss her on live television.  Brett Favre was indecisively crazy.  Jim McMahon was borderline certifiable.  Kurt Warner was bible-thumpingly crazy.  Jay Cutler looks eternally stoned.  Andrew Luck thinks a neck beard is fashionable.  Have you ever listened to Terry Bradshaw on FOX’s NFL Sunday?  And how could we forget Kenny Stabler? 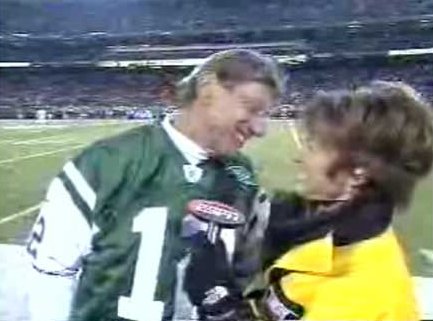 We ridicule athletes when they say the darnedest things but what are they supposed to say?  That they don’t think they’re the best and don’t want to get paid accordingly?  That’d just be weird.  Wouldn’t we find it odder if we heard RGIII say he isn’t the best quarterback in the league?  Is Manning not supposed to demand high reward for his high risk position?

In one respect, their opinions are understandable.  In yet another, they’re utterly ridiculous.  By every account imaginable, RGIII is nowhere near the best quarterback in the league.  He’s 5-15 as a starter the last two years with 20 touchdowns and 18 interceptions.  RGIII might not even be the best quarterback on his own team.

With only a few years left in the league, Eli Manning’s agent should probably inform his client there’s no way the Giants are going to pay him the money he demands.

And after relentlessly proclaiming his innocence and suing the NFL, Tom Brady decided not to show up in court after all.  Go figure.

NFL quarterbacks are cut from a different cloth but we shouldn’t complain.  I say, embrace the craziness.  It’s not like we have a choice.  Plus it makes the rest of us look normal by comparison.

23 Replies to “NFL quarterbacks: Still crazy after all these years”