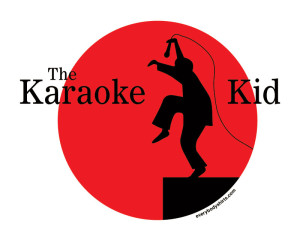 Karaoke is a sport.

Okay, okay, so karaoke isn’t a sport but karaoke competitions are by their very nature – and the second word of the phrase – a competition.

Over the years, we’ve argued about what constitutes a sport with the purists saying a sport simply requires a ball… but that eliminates hockey, wrestling, boxing, NASCAR, horse racing and a slew of other activities that are commonly considered sports.  A wider definition of sport includes competitive events but that would include things like poker, spelling bees, competitive eating (all of which are aired on ESPN) and of course, karaoke contests, which aren’t aired on ESPN but perhaps should be.

I’m no karaoke superstar (who am I kidding, of course I am).  I even got my picture in the paper for being the karaoke singing bartender.  Ah, the price of fame.  I guess they’re hard up for news here in the Tampa Bay area.

For years I worked in a bar that had karaoke.  I despised it, refusing to work those nights, ridiculing the participants for their atonality and routinely calling the idea utterly ridiculous.

Years ago after one drunken Buccaneers game, several of my co-workers and I stumbled into a local karaoke bar and dared each other to sing.  We did.  And had a blast.

Ever since then I brought the idea into the bars I’ve worked and it’s been a damn hoot. 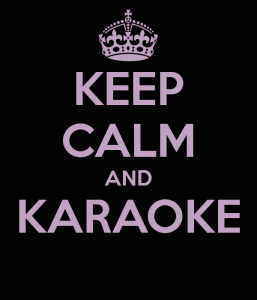 Most people can’t stand karaoke but what I’ve found over the years is that’s only because they haven’t given it a shot.  Without fail, when I convince someone to sing, you end up having to rip the mic from their hands to get them back in their seats.

We’re not Marvin Gaye, Patsy Cline or Freddie Mercury.  We just want to pay respect to them by emulating them… no matter how poorly.

So on to the competition at hand.  Like I said, I’m no Roger Daltrey but I do have a wheelhouse of songs which includes Billy Joel, James Taylor, James Brown, non-Peter Cetera-sung Chicago and many others.  I even pull off Kermit the Frog’s “(It’s Not Easy) Being Green” which always proves to be a crowd pleaser.  I also have a few other staples, including DJ Kool’s “Let Me Clear My Throat” and while you scratch your head imagining that performance, let me just say that anyone who has seen it finds it hard to turn away, almost like being blinded when staring directly into an eclipse, a solar eclipse of the heart even.

A dear friend told me his bar was hosting a karaoke contest, a bottle of Jameson and an invite back to the finals if I won that week, which I did.  Last Wednesday night was THE finals, a competition which included six hearty singers, including one girl who allegedly used to be a Disney voice coach.

Stiff competition for a guy that used to smoke clove cigarettes like they were going out of style, which they eventually did.

Clearly I didn’t go into this thing expecting to win but I was most assuredly going to shake things up a bit.

The contest format was elimination.  You had to really impress the judges to even advance, so while I had originally intended to hold on to “Let Me Clear My Throat” as a close, my karaoke consiglieri advised me I should break it out earlier than expected.  With the competition as stout as it was, including not only the Disney voice coach but another girl who opened with Whitney Houston, I might not even make it to the second round at all, an extremely likely scenario. 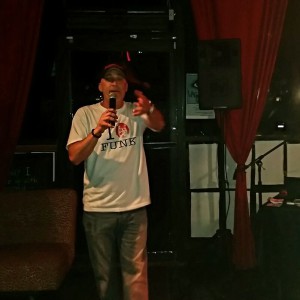 So I cleared my throat.

And I brought it.

From start to finish, the crowd was into the song and I won’t lie, the performance was as good as I’ve ever given, a magical moment in musical history, not quite up to par with Stevie Wonder accepting a Grammy but a close second.

As I walked off the stage, I didn’t drop the mic as perhaps I should have, but I did murmur the words “Let the games begin.”

There were five other contestants, an older gentleman who sang some lounge, but I had him beat.  Another young cat that could kill some Fogerty but the Nirvana he chose to advance was lacking.  One blonde girl went with Alanis Morrisette’s “You Oughta Know,” clearly a tough song that requires range but I was still confident I had her beat.   The voice coach and Whitney were clearly going to advance so my only shot was taking down all of the other three to make it into the next round.

The celebrity judges from some local radio show put their heads together and before announcing those who would advance, thanked the crowd, introduced themselves and explained the winners would be based on their singing and their ability to engage the crowd.

Clearly, I had this.  DJ Chris ripped up the whole damn floor.

I was already thinking about what song to perform in the next round.

Alas, I was robbed.  The jury selected the three females to advance and DJ SportsChump was left with only his mic in his hand.

In the end, it was a fun evening.  I received several pats on the back from people in the audience who also said they wanted to see me advance, telling me they loved the performance.  And why wouldn’t they?  Even the eventual winner, the Disney voice coach, was asking me for advice on what to sing.  So I suppose it was a moral victory.

So maybe I’ve found my true calling.  I can now officially add karaoke coach to my resume.  And a bad ass one at that.