I don’t know about you guys but last week, I was ready for a tirade. 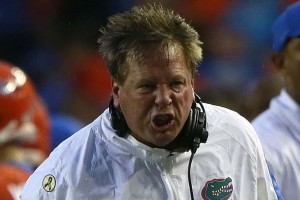 I’m not talking about a Jim McElwain kind of blowup where you yell at your player until your hair shakes, face turns red and a heartfelt apology, or at least mandatory looks for a touchdown, are in order.

I’m not even talking about an “I want winners, we are who we thought they were, we play to win the game” sound bite.  I think we all understand those are once in a blue moon moments that we sports fans feel the need to recite or at least find online every so often to have a good chuckle.  Note: If you’re anything like me, you have those pages readily bookmarked for just such occasions.

Let’s be honest, cracking the top sports tirades of all time is difficult business, particularly in this politically correct day and age.  (Fuck you?  Fine you.)  Either way, I can’t help but feel we are long overdue.  It’s been far too long since we’ve seen a coach’s head explode on live television and there are certainly enough bad teams out there to warrant such a reaction.  It’s been since 2006 that Denny Green let ‘em off the hook.  Singletary wanted winners in 2009.  That means it’s been six solid years since we’ve celebrated a coach losing his shit.

After Week One, I thought it might have been Lovie’s turn.  His team got smoked yet… nothing.  He never got above a three on the Lose your Cool scale.  What kind of incense does this guy light up to not be entirely… incensed?  Had my team soiled the bed like that, there’s no way I would have been F-bomb free.   Even if it cost me $25 grand per expletive, I would have gotten my money’s worth.

Lovie may not be “that type of guy” but at least it would give us something to talk about, something to cheer for, the impression that getting his ass handed to him was not just another day at the office, even in Tampa. 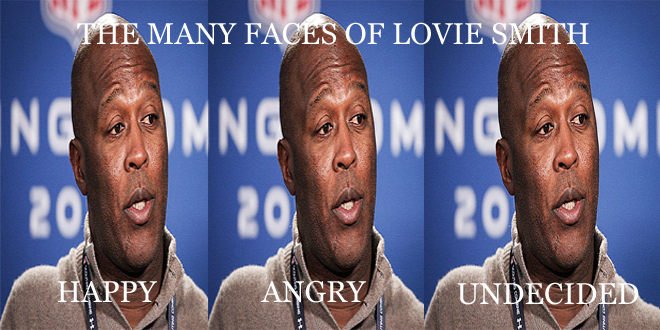 So what does Lovie do after I planned on writing an entire post begging and pleading him to show some emotion?  In his own Lovie way, a football coach clearly more at peace with himself than the rest of us, he uses his own Woosah approach and inspires his Buccaneers to go into a place where their quarterback has never played, into a game which they were ten point underdogs and shut down one of the game’s most prolific quarterbacks on their way to victory.

It just goes to show that we really know nothing at all.  One week we’re calling for Lovie’s head and proclaiming Jameis Winston a bust and the next week they’re hugging it out victoriously.

I guess my request for podium-pounding will have to wait.

Maybe John Fox’ll be the next guy to make our tirade hall of fame.  He’s got all the right reasons.  Lousy quarterback, horrible secondary, if you’re not screamin’, you’re not tryin’. 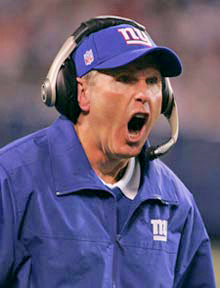 Or maybe it’ll be Tom Coughlin.  He’s been under fire for years and the Giants’ 0-2 start, plus the way they’ve lost those games, will inevitably warrant a New York Post headline calling for the old man’s head.  He’s got money to burn and an equally fiery temper so let the profanity fall where it may.  Oddshark lists Coughlin at +2000 as the first coach this season to be fired if you’re feeling frisky.  That might be a wise wager considering the Redskins, Browns and Buccaneers have already won a game.  Mike Pettine and Jay Gruden get to experience job security for at least one more week.

Make no mistake about it, however.  It’s the NFL and the bell tolls for someone.  Hopefully they’ll give us a good soundbite on the way out.