Earlier this year, just on a whim, I decided to take a season-long look at how the underdogs would fare against the favorites.  It’s the way I’ve always liked to bet so I figured why not look at how much I stood to gain or lose by strictly betting underdogs to win across the board. 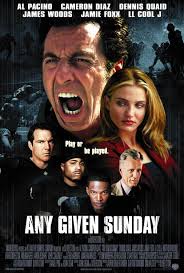 If we’ve learned from watching football, it’s that on any given Sunday, one team can beat another, hence that God awful movie by Oliver Stone.

Understanding that the project could end up costing me a pretty penny if favorites ran roughshod through this NFL season, I decided not to bet real money but only track their success on paper.

Well, after Week Two, as some of my readers suggested, I probably should have placed the wagers.  In Week One, out of the sixteen games played, six dogs won.  That still resulted in a losing week.

In Week Two, the dogs turned Las Vegas on its head.  Sports books probably ended up winning money – they generally do – but if you bet the underdogs outright this weekend, you made an absolute killing.

Years ago, when my kidneys, liver and lungs were healthy enough to tolerate three straight days in Vegas, some friends and I would roll out to the desert and try our luck at the sports book.  I always liked to go early in the season.  My philosophy, albeit perhaps flawed, was that odds makers hadn’t quite figured out the teams yet.  Following that logic, betting lines would be inaccurate and there was money to be made. 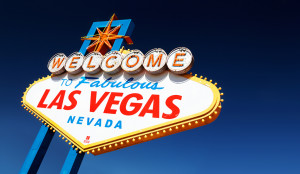 This week was the week to go to Las Vegas.

Out of sixteen games played this weekend, nine underdogs not only covered but WON THEIR GAMES OUTRIGHT!

The Thursday night game was our first indication we were in for something special.  After a rough opening week which led all of us to shovel dirt on Peyton Manning’s career, the Broncos were a three point underdog going into Kansas City.  They won that game by a touchdown.

After losing at home to the Tennessee Titans, nobody gave the Buccaneers a fighting chance in New Orleans.  They were ten-and-a-half point underdogs.  They won by seven.

Speaking of Tennessee, they were a slight favorite in Cleveland.  I guess Browns players didn’t take too kindly to being considered a dog in their own building.  They won by fourteen.

All we’ve talked about all season is how dysfunctional the Redskins are.  The Rams, who beat Seattle in Week One, would certainly go into our nation’s capital and take care of business.  Wrong!  Redskins 24, Rams 10.

There was no way the Giants couldn’t give away another game like they did in Week One.  They did.  The Falcons were two-and-a-half point underdogs against the G-Men and won.

The Jaguars are horrible.  The Miami Dolphins are a potential playoff team.  Betting Miami to win was a no-brainer.  Or rather you had no brain if you bet the Dolphins.  Jags took care of business.

Cowboys, Eagles?  This upset I actually liked.  The Cowboys were a five-point underdog against a team that is struggling to live up to its hype.  Chalk one up to Dallas even though they lost their quarterback in the process. 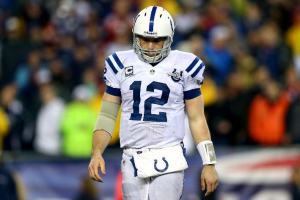 And who thought the Jets, a seven-point underdog, could force Andrew Luck into throwing four interceptions on Monday night?  Those inside the Jets locker room, that’s who.

I’m in an eliminator pool this year.  Eliminator pools, otherwise known as survivor pools, are where you bet one team to win each week, no point spreads.  If your team wins, you move on and are not allowed to choose them again.  If your team loses, you’re out and done for the season.

I entered three and am fortunately still in one.  The one I’m in had 2,368 entries to start the season.  After Week Two, only 269 of us are left.

Now clearly, in any week other than this one, betting underdogs can be dangerous business.  But if you bet strictly underdogs across the board this week, you would have won better than ten times your money!!!  That’s not a bad return for a weekend’s work.

I haven’t been tracking this long but I would dare to venture that’s pretty much unheard of.  So I hope you wagered wisely this weekend for I can almost guarantee that won’t happen again this season.

13 thoughts on “Upset specials in the NFL”