After a long celebratory Friday evening at work, I woke up late the following morning.  Stumbling to my phone, I rubbed my eyes to see if I had received any messages.  I was taking a rare Saturday night off.  My plan: a pilgrimage to Gainesville to see my alma mater take on the dreaded University of Tennessee Volunteers, the school’s most heated conference rival since I first stepped foot on campus.  Old friends, some of whom I hadn’t seen in far too long, were descending upon the ‘Ville as well.

Groggily I reached for my phone to see if anyone had texted.  The lone message read “Wanna trip?”

It was going to be a good day. 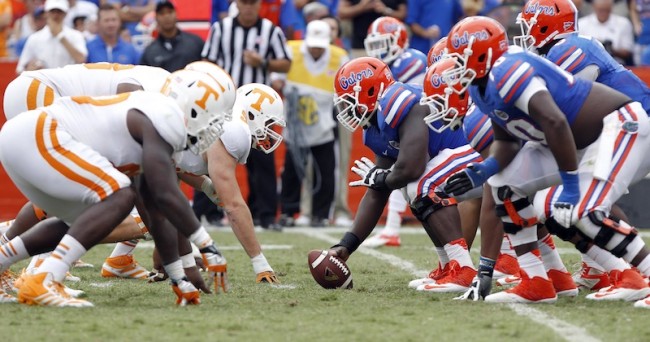 I passed on the generous and only slightly inappropriate offer to take LSD for the football game.  My days of ingesting hallucinogens are long gone.  Life is trippy enough.  I knew, however, from the offer that we were in for a quite a ride.

I arrived at our old bar, a place constructed on memories.  It took about twenty minutes to complete all the greetings, hugs upon hugs upon hugs.  Despite some of us not seeing each other in over ten years, it was as if nothing had changed.

As it turned out, we were soon treated to a football game equally as special.  It couldn’t have happened any other way. 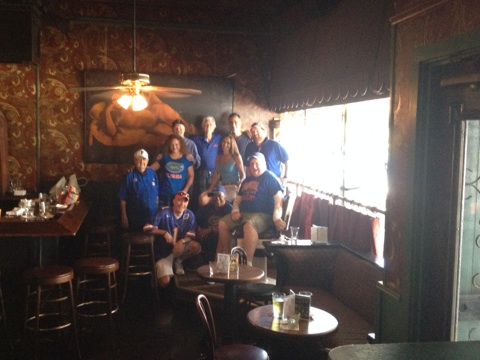 Florida’s rivalry with Tennessee over the past twenty-five years has been as heated as any in the nation.  Florida’s recent streak of ten straight wins has sent Rocky Top into a tizzy and kept Gator fans on the edge of their seats.

Many of those wins had been close.  This year, Tennessee had enough talent to end the streak once and for all.

That talent showed on Saturday.  Tennessee’s quarterback Joshua Dobbs was unstoppable.  He ran the ball 18 times for 136 yards.  Over the streak, Florida had contained the big run.  Dobbs, however, had two back-breakers, one for 29 yards and another for 62.  Both of those drives resulted in scores.  He even caught a pass for a touchdown.  Their running back Jalen Hurd wasn’t bad either, finishing with 28 carries and 102 yards.  Clearly Tennessee coach Butch Jones had a plan.  Beat Florida on the ground.

Gator fans were nervous.  Deep into the game, down by two scores, we had all but readied ourselves for defeat.  The streak was about to come to an end.  The town would become awash with Tennessee orange.  As the clock ticked down in the fourth quarter, down by thirteen points, it looked like all was lost.

How could this be?  How could we all have congregated only to witness our program lose to a team they hadn’t lost to in a decade?

Enter Will Grier and a string of nearly miraculous or at a minimum highly unlikely fourth down conversions.  4th and 7, Grier to McGee, good!  4th and 8, Grier to Powell, good!  Touchdown!  As I mentioned to one friend, there are defining moments in a young quarterback’s career.  This would be Grier’s. 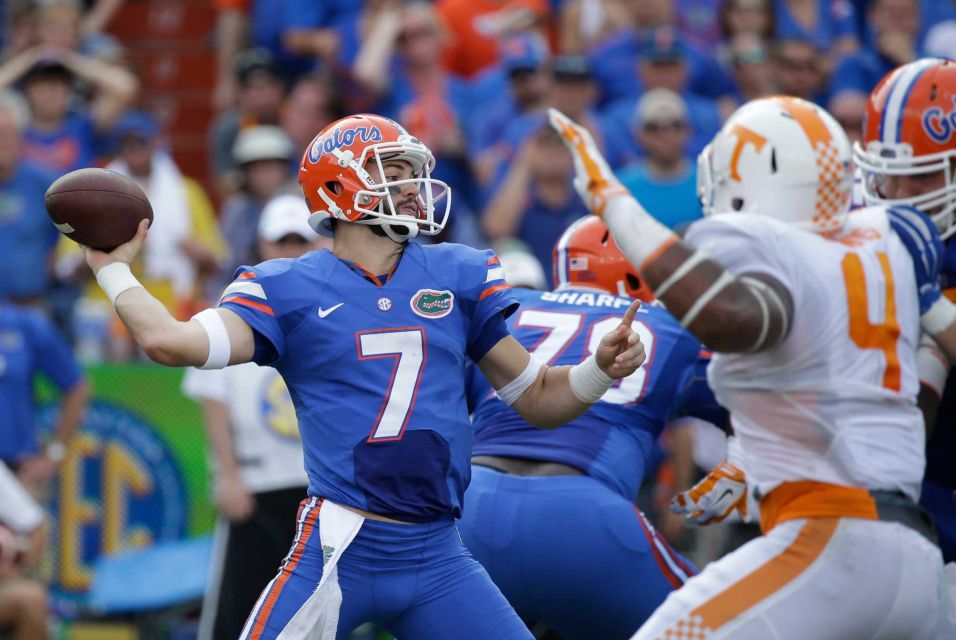 Unable to control clock, Tennessee went three and out, giving the ball back to Florida with two minutes left in the game.  You could almost hear the collective groans from Tennessee fans.  They had to know it was coming.

On fourth down with, count ‘em, 14 yards to go for a first down with the game, our night, the streak, the season, perhaps even a legacy on the line, Grier completed a pass to freshman phenomenon Antonio Callaway that went 63 yards for a touchdown.

Florida fans celebrated… but Tennessee would get the ball back one last time.  Down by a point, the Vols needed only a field goal.  They got their chance.  Tennessee field goal kicker, a young Aaron Medley, would trot onto the field, albeit from 55 yards out.  He had already made two that day but not from that distance.

The ball was snapped, the kick was off… and no good.  Gators celebrated, again, until they heard the whistle.  Florida’s Jim McElwain had called a time out.

Medley would have another opportunity.  Nobody watching could believe it, certainly not the slew of us that paced holes into the floor of our beloved bar.  A come from behind win, then loss, of that magnitude wouldn’t make or break our night but a happy outcome would most definitely extend the activities into the wee hours of the morning.

The kick sailed BARELY wide right and we were among countless thousands to go absolutely nuts.  It was Florida-Tennessee.  I was with some of my best friends in the world.  It couldn’t have ended other way.  Who needed LSD?  The rush was exhilarating enough on its own.

We had all just witnessed the second largest fourth quarter comeback in modern school history.

The rest of the evening was a whirlwind of high fives, hugs, laughs and stories told of the ridiculousness of years past, reminding us that friendships, like football games, are never to be underappreciated.  After hopping from bar to see old friends to another bar to see old friends to yet another bar to see even more old friends, our RV-riding, cigar-smoking, Grand Marnier-drinking, pepperoni pizza-downing adventures finally came to an end with embraces and the promise to not let it be that long before we did it all again.

It was college football at its finest, or at its ugliest, depending on where you went to school, high, lows and unscripted drama that you simply can’t recreate.

To my dearest friends of the world, thanks for making it such a memorable weekend and for reminding me once again, twenty-five years later, why it’s so great to be a Florida Gator. 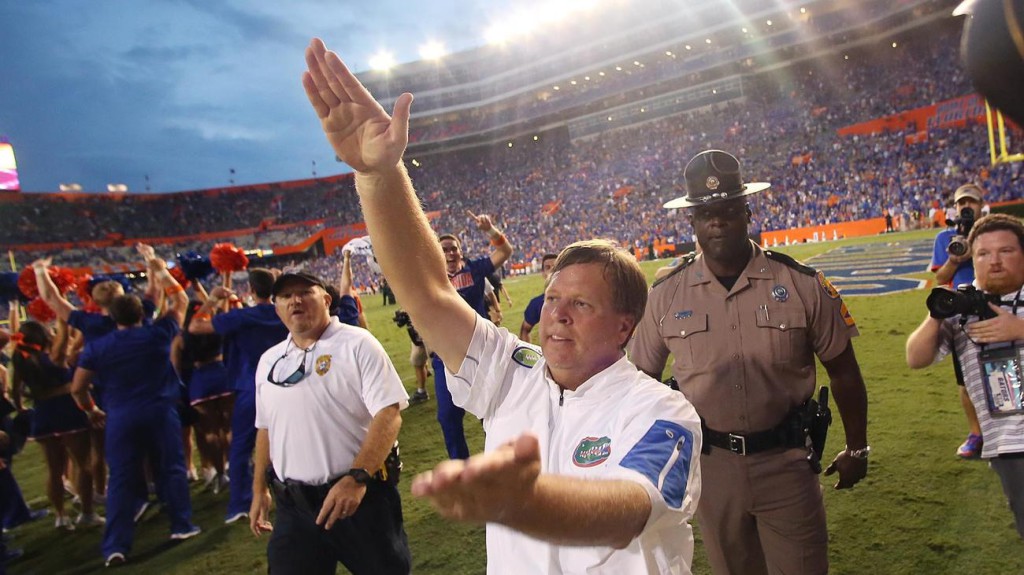 18 Replies to “Reason to celebrate, Part Two: Roadies, rivalries and reunions – Just another Saturday in the SEC”