One week after firing their head coach, the University of Miami boarded a plane to Durham, North Carolina to play in one of the most bizarre football games you’ll ever see.

I was at work.  It was Halloween night, a big night for any pub with a conscience.  Needless to say, I was busy as hell so I didn’t get to watch any highlights until the following morning. 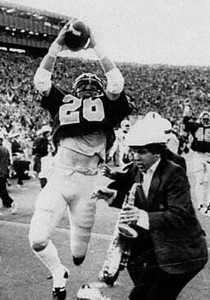 As it turns out, I missed a doozy of a contest.

After further review, Miami-Duke was one for the record books because a) Duke came back from down twelve to seemingly win the game in the final minutes b) that didn’t end up happening because of an eight-lateral, “Band is on the field,” type return c) the officiating crew was later suspended for blowing the call and d) Dr. Milhouse and I had money on the game.

Ah, the joys of wagering on college football.

THE PROPOSAL (a.k.a. TEXT MESSAGE NUMBER ONE)

Occasionally, I’ll place a friendly wager with Dr. Milhouse through his perfectly legal online gambling service.  We’ve hit far too many losers lately so, as self-professed knowledgeable sports fans, we were long overdue.

His first (of many) texts came at 6:45pm.  Milhouse and the Mrs. were at the Lightning game.  That’s when he sent me a message saying the Hurricanes were +325.  Since he was at a hockey game, I wasn’t sure if he was talking about the Miami (college football) Hurricanes or the NHL’s Carolina Hurricanes.  Since he knows I’m a hockey newbie and would likely have no interest in wagering on a team I knew nothing about (even if the number was nice… and +325 is most certainly nice), I could only assume he was talking pigskin. 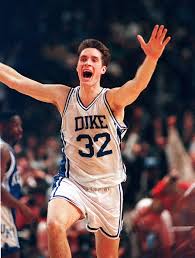 Realizing he was talking about football, I told him I wanted a piece of Miami.  He obviously concurred otherwise he would never have sent the text in the first place.

The program has seen better times.  They just fired their coach.  But in no conceivable way ever should the University of Miami Hurricanes be three-to-one underdogs to the Duke Blue Devils in a football game.  I don’t care if Bobby Hurley, Grant Hill, Christian Laettner, Mike Krzyzewski and the ghost of championships past came back to cheer on the boys in blue, if you ever see a wager like that, you bet it… and you bet it heavily.

As I mentioned before, I didn’t get to watch the game.  Drunken Ybor City costume-wearers were calling my name by the dozen.  But when I did get the chance to check the score every so often, Miami seemed in control.  At halftime, Milhouse sent me a text that they were up 14-3.  Money in the bank, right?  I checked later to see that Miami was up 24-12 in the fourth quarter.  Milhouse and I would finally have ourselves a winner.

I take full blame for this.  After all, I know better.  Assuming Miami had the game in hand I sent Milhouse a text, asking simply “Finally a winner?”

To the superstitious gambler, talking about a wager mid-game is like talking to a pitcher in the middle of a no-hitter.  It’s generally considered bad form, if not bad luck, to ask anyone if they’ve placed a wager on a game and more particularly, how much they placed?  If you have to ask, it’s none of your business.  It’s also tremendously bad form to assume a ticket is a winner.  I knew as soon I was typing those words into my phone that something bad would happen.  It did.

Just when we thought we had money to burn, Duke marched down field and scored a touchdown with six seconds left, deflating Miami’s hopes and causing Milhouse to crumple our proverbial ticket.  Oh well, it was fun while it lasted.

The jinx is real.

THE OTHER COMEBACK AND ENSUING TEXT MESSAGES 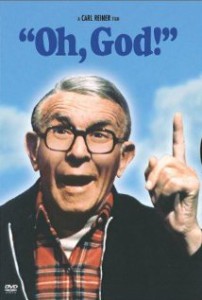 Work had slowed for a brief second, allowing me to check my phone again.  That’s when I saw the string of text messages that strayed from lower case to all caps and back again.

Miami took the kickoff back for a TD with no time left, 15 laterals

As it turns out, there were only eight laterals but you get the point.  Milhouse’s usual combination of whiskey and elation had taken over.  Understandably so.

THE OVERTURN (a.k.a. MORE BAD DECISIONS IN DURHAM)

Sweet, I thought!  We were back in the money after all.  What a bizarre game that must have been.  Then my phone buzzed again, another text, this one again in all caps.

AND THEY CALLED ANOTHER PENALTY ON IT.

At this point, I’m confused.  Did we win?  Did we not win?  And what the hell is going on in Durham, North Carolina?  Can I get you another drink, sir, and do you by any chance know what friggin’ channel the Miami game is on?

AND YET ANOTHER TEXT

THEY PULLED BACK THE PENALTY. MIAMI WINS!  I AM DEAD. THAT WAS THE BEST PLAY I HAVE EVER SEEN.

With six seconds left in the game, up 27-24, Duke squib-kicked the ball off to the Hurricanes, hoping to get a bad bounce and put Miami in weak position to gain any yardage on the return.  This is standard practice for a team looking to kill the clock.  With time expiring, Miami would need to safely field the intentionally errant kick and run it back to the end zone to win.  Any tackle made by Duke would end the game.  In case you missed it, Miami did just that… eight laterals later.

Now, here’s the tricky part.  Replay of the return shows that during one of the laterals, a Miami player may have had his knee down with possession of the ball, meaning the play should have been called dead and the game called over.  There was also a potential, illegal block in the back (at least one actually) right before the last Miami player to touch the football crossed the goal line.  Neither the penalty was called nor the player called down.  Officials reviewed the play, sending the confused linesman out twice to make an announcement to the even more confused Durham crowd.  (What had happened was…)

THE AFTERMATH (a.k.a. SUSPENSION OF NOT ONLY DISBELIEF)

Fortunately this game didn’t take place in Miami with the exact opposite happening.  I’ve never been to Durham before but I’ve been to (and partied in) Miami on several occasions.  Had Hurricane fans been robbed of a victory in similar fashion, there would have been rioting in the streets, rum and coconuts strewn everywhere, which on second thought sounds like a pretty good time.

The following morning, I woke to news that the game’s refereeing crew had been suspended by the conference.  I guess college football doesn’t care much for indecision and incompetence.

I sent Milhouse another text telling him of the suspension and that after further review, conference officials thought the call should have been overturned.

THE FINAL TEXT (a.k.a. AT LONG LAST, A WAGER TO THE GOOD)

Probably. Falls under the “too awesome to negate” rule.  Besides, the book has already paid.

And that, sports fans, is why we wager.  Sure the game was exciting.  But when you have a little coin on it, well, that just makes it all the merrier.

Unless, of course, you’re a Duke fan.