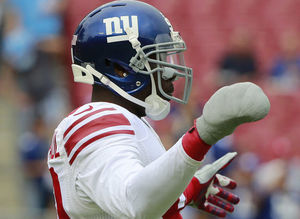 As to be expected, the New York Giants visited Raymond James Stadium this Sunday and covered the three-point spread against the hometown Buccaneers.  Shortly thereafter, the G-Men traveled home with a much-needed victory and almost all of their fingers intact.  The bigger news, other than vacationing New Yorkers having to pay considerably less for drinks in Tampa than they’re used to paying in Manhattan, was that Sunday’s game marked the return of Giants’ star defensive end, Jason Pierre-Paul.

In case you’re not wholeheartedly obsessed with the NFL like the rest of us, Pierre-Paul is the player most recently known for blowing his fingers off in a tragic July 4th fireworks accident.  Pierre-Paul had his hand surgically repaired and has since worked tirelessly to get back on the field.

Sunday would be that day.

I hung out with some friends that afternoon, Giants and Buccaneers fans alike, watching JPP and his Giants ‘handle’ their business on the road.  Since the game’s outcome was essentially a foregone conclusion and because of the bizarre nature of his injury, JPP’s return did not go without notice… or gest.  Since he’s back, healthy and making millions of dollars, it was pretty much impossible for most of us to not hurl a few one-liners around.  Plus I had just caught up on my Dubsism reading, so a little tasteless was in the air.  Just like violence in movies, music and video games cause violence in real life, I only blame the influences around me.

I texted one faithful reader that, after a big play, technically JPP could no longer fist bump his teammates, to which my friend replied “He can only high three.”

I heard another person suggest they shouldn’t allow JPP anywhere near the Ray Jay pirate ship when the cannons are fired, ya’ know, just to be safe.  And the New York Daily News’ Ralph Vacciano’s post-game headline suggested JPP “deserved a hand” for his play.

Twitter was full of ‘em as well.  So congratulations to JPP and the Giants for ‘handing’ the Bucs yet another loss.  Kudos to the man for having enough fire to come back from the injury!  I only kid because I care and I’m only bitter because my team lost.

That being said, on to the one-liners!

So will the 20,000 Giants fans in Tampa on Sunday wave a foam fist in honor of JPP? 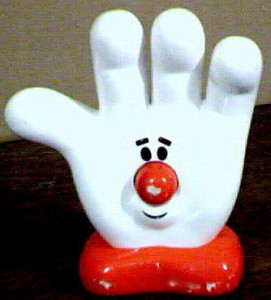 JPP is back thanks to his Hamburger Helper glove

You don’t want to get him angry but when Jason Pierre-Paul gives you the finger, it’s usually the one laying on the ground.

When Tampa Bay Bucs were asked about the possibility of being tackled by Jason Pierre Paul and his 8 1/2 fingers, they simply replied “Ew!” 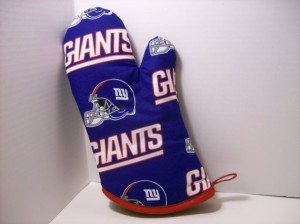 “We can rebuild him, we have the technology (weird oven mitt glove-thing)”

why didn’t JPP paint his glove orange and call it a crab claw? This is Day 1 psychological warfare stuff smdh

#JPP is playing football today w 3 fingers and I can’t manage to get into the shower rn. 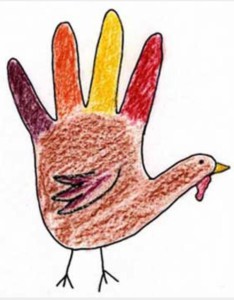 JPP exploded off the line like he heard a bottle rocket.

When is it safe to start calling Jason Pierre Paul JP3? 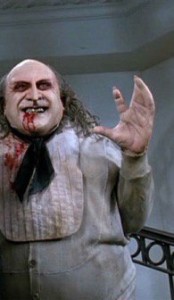 Jason Pierre-Paul’s glove allows him to play football and later on get those cookies he is baking out of the oven. #Giants

Radio announcer behind me just said: “Jason Pierre-Paul has played a handful of snaps… No pun intended.”

If #JPP ever had to be carted off the field, how would he signal to the crowd that he was OK? Give em a club-up?

Gotta hand it to JPP, he sure was explosive today.

I guess the glove fit #JPP 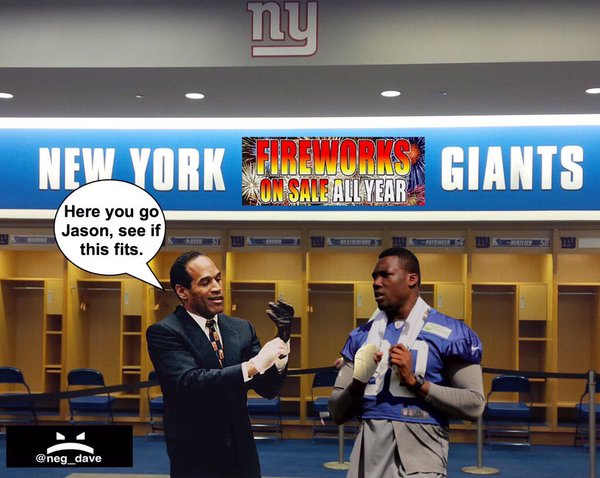 9 Replies to “JPP’s return points Giants in right direction… and other horrifically, tasteless jokes at a half a hand’s expense”