We’ve talked on end about how fickle the sports world is and how quickly things can change.

Whether you’re talking pro sports or collegiate, fans, alumni, boosters and owners all want to know what you have done for them lately.  If lose is your answer, you’re as good as gone.

There are three once, incredibly popular gentlemen in their respective towns that are so close to being released from their positions, it wouldn’t surprise me if they’re packing boxes as we speak.

Chip Kelly left the University of Oregon about three years ago.  While never winning a national championship there, Kelly built the program into a consistent national powerhouse.  When Kelly skedaddled to the NFL, and more specifically the Philadelphia Eagles, he was going to be the umpteenth coach to implement the spread offense into the league… but the first to do so successfully.

I never believed that for one second.

Here’s the interesting thing though.  Most Philadelphia Eagles fans did.  They bought it hook, line and stinker.  It’s as if they hadn’t been watching pro football for years.  Oh wait, they haven’t.  They’re Eagles fans.

Chip Kelly went 10-6 his first two years in Philly but has yet to make a dent in the playoffs.  Amid as of yet unfounded rumors that he’s a racist as well as cutting half the talent on his roster, his gloss has started to wear thin.  These days, it’s safe to say he’s no longer getting a Balboa’s welcome in the City of Brotherly Love.  Last Sunday’s 45-17 loss to the Tampa Bay Buccaneers may have sealed his fate.

There is no longer a single Eagles fan who hopes he sticks around for a fourth season.  He’s been rumored to the vacant USC job or the perhaps vacant LSU job.  I’m pretty sure Eagles fans will gladly help him pack. 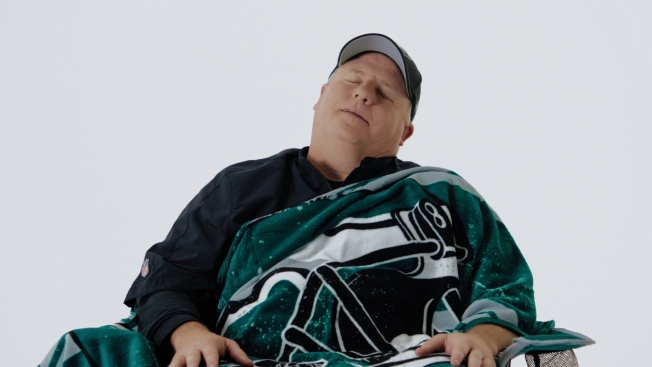 Speaking of LSU, only one month ago, the Tigers were the second ranked college team in the nation.  Then they traveled to Tuscaloosa, Alabama and saw their prized running back, Leonard Fournette, rush 19 times for 31 yards in a game that may have cost him millions of dollars and certainly a draft spot or two.  Since then, they’ve lost three straight football games (unacceptable at LSU) and sit in fifth place in the SEC West (also unacceptable at LSU).

The Get Miles Out winds have been so strong lately that the school is rumored to be willing to cut him a $15 million check just to get him out the door, kind of like Derek Jeter giving his women gift bags as he kicks them out after a brief roll in the hay.  I guess that national championship Les won eight years ago only carries so much weight.

And then there’s Johnny Football.

Johnny Manziel of the retired money sign won a Heisman Trophy for Texas A&M in 2012.  In keeping with the Cleveland Browns tradition of doing really stupid things, they drafted him in the first round, thinking he would be yet another among a long (and ultimately pathetic) list of quarterbacks to turn the franchise around.

Since draft day, we have seen more highlights of Johnny Football partying in Las Vegas night clubs than we have of him winning football games in Cleveland.

Manziel was slated to start this Monday night in place of the injured Josh McCown.  Cleveland Browns Coach Mike Pettine quickly put an end to that decision once another video of Manziel surfaced drinking booze and mouthing words to bad hip-hop.  This guy knows more about champagne than he does his own playbook.  And it’s the Browns playbook.  How complicated can it be?  You can probably color that thing in.  I believe TMZ has its own division dedicated to covering Johnny Manziel.  That’s actually a joke but it wouldn’t surprise you one bit if they had one, would it? 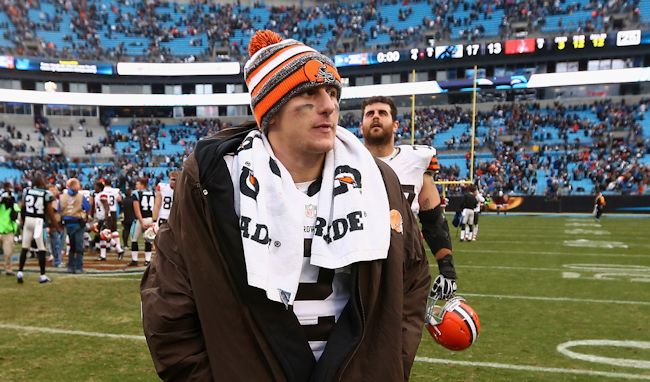 These three gentlemen’s seats are hotter than the Golden State Warriors but not in a good way.  It is highly likely all three will be playing or coaching elsewhere next season, if not sooner.  And Philly, Baton Rouge and Cleveland couldn’t be happier about it.

Miles and Kelly will be fine.  They’ve already made their money and established their reputations.  As for Manziel, his fifteenth minute cannot come soon enough.  His situation is far more tenuous and his reason for dismissal far different from the other two.  While Kelly and Miles will land another cushy coaching gig and likely make contenders out of those programs in no time, Manziel better hope he’s on Floyd Mayweather’s or Justin Bieber’s payroll.

Otherwise TMZ will lose interest in him just like the rest of us have.