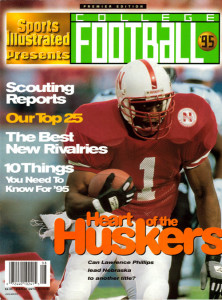 In the wake of the nation’s most dominant college running back winning the Heisman Trophy, I couldn’t help but think about another who didn’t.

I remember it like it was yesterday even though it was a lifetime ago.  It’s been even longer than that for Lawrence Phillips.

Exactly two decades ago, Florida football under Steve Spurrier had become a juggernaut.  In 1995, that team ran through the Southeastern Conference, embarrassingly so.

The team was destroying people.  No games were close.

The Gators beat Kentucky 42-7 then followed that win up by beating Tennessee so bad, Sports Illustrated took Peyton Manning off the cover and put Danny Wuerffel on it.  Down 30-14 late in the first half, the Gators scored 48 unanswered points to beat the Vols 62-37.

Later that season, Florida went on to put 49 up on Auburn, 52 points on Georgia and 63 on South Carolina.  They beat Arkansas in the conference championship game by a score of 34-3 to complete their perfect regular season.  The Florida Gators finished an unblemished 12-0.

They were off to the Fiesta Bowl to face the Nebraska Cornhuskers.

That’s where they ran into Lawrence Phillips.

Lawrence was by all accounts a human freak of nature, a running back that you wanted no part of, a running back you simply could not bring down.  He stood six feet tall, 210 pounds and would run you over every chance he got.  The Gators had faced some talent that year but not a player like him. 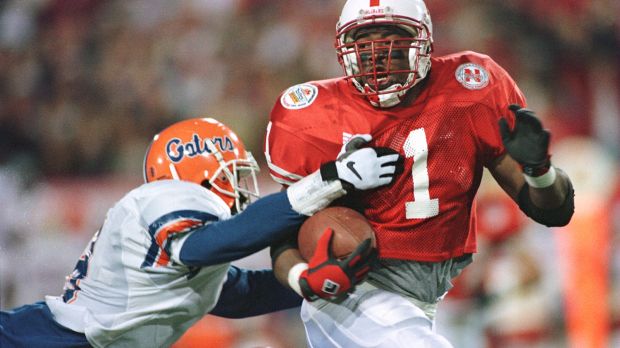 His sophomore season, Phillips rushed for 100 or more yards in 11 straight games.  He helped carry Nebraska to its first of back-to-back national championships.  But his junior season, Phillips was suspended, for multiple reasons.

He did, however, play in the national championship game, much to Florida’s chagrin.

Phillips was unstoppable that night. Alongside Tommy Frazier, they made all the critiques that Florida was a finesse team ring true.  Nebraska won that game 62-24, a beat down like the ones Florida had given all year.  It was one of the worst defeats in school history on college football’s biggest stage.  That night, Phillips ran the ball 25 times for 165 yards, scoring two touchdowns.  In retrospect, I don’t remember him being tackled.

That was twenty years ago.  Phillips has been incarcerated for half of those twenty years, sent to prison for felony assault with a deadly weapon, somber news for one of the most dominant college athletes we’ve ever seen. 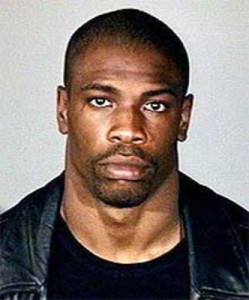 Phillips most recently made news for allegedly killing his cellmate.  He now faces the death penalty for his crime.

It’s amazing the different paths we take in life.

I’m not quite sure what I’m getting at by writing this.  We try to be uplifting here at SportsChump but sometimes a story comes along that just makes no sense at all.  Maybe this is a life is short piece.  Maybe it’s a wow, that’s a weird fucking story piece.  Maybe it’s a we should learn to value everything we have before it’s too late piece.  Or maybe, for this holiday season, it’s a truly be thankful and make the most of what we have piece.

When I read the news not long ago that Phillips will most undoubtedly be spending the rest of his life behind bars, or worse, all I could think about was that national championship game, the promise he once showed and how he failed to make the most of that opportunity.

I don’t expect anyone to feel sorry for the tragic stories of Phillips, Rae Carruth, Aaron Hernandez or any of the other promising athletes that have run afoul of the law.  But perhaps their stories are enough to get us to reflect to on how quickly life can change and how precious every moment truly is.

6 thoughts on “The rise and fall of Lawrence Phillips”