“Les jeux sont faits. Translation: the game is up.”

For years, I wrote article after repetitive article about how much I despised fantasy football, listing the reasons I never played it.  I always felt concentration on one fake, personalized lineup took away from team allegiances we grew up with and made a sorry, desperate nation of overweight sports fans who knew little about the game itself think they could actually run a team.  Not to mention, listening to a guy babble endlessly about which bargain he nabbed in the ninth round of his draft was enough to make my ears bleed. 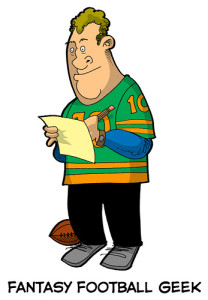 After a season of playing fantasy football with close friends in a well-run league, however, I realized those were the things I should have embraced about fantasy all along.  Thanks to an invite from the Ice Cream Man and his merry band of fantasy geeks, I gave fantasy football a shot this year and became exactly what I despised.

It was at that moment that the Midnight Meat Train was born.

The following is a brief but grateful story about heartbreak, obsession, a season going down to the final play and the best $200 I ever spent.

Our draft day back in September went as you might expect: beer, chicken wings, laptops, hootin’, hollerin’ and round after godforsaken round of Jameson shots with Jameson chasers.  At the end of the day’s proceedings, I felt happy about my draft, running back heavy, a few gambles here and there but in the end, no one knows which players will perform, which will surprise and which will end up on the operating table.  Sure, there’s some research involved but it’s still a crap shoot.  Game of skill, my ass!

Overall, my roster avoided injury for much of the season, my only serious loss being San Diego’s wide receiver Keenan Allen.  But I still had enough talent to get me through.

The Train went on to put up some points.  I even won high score two out of the fourteen weeks, earning back some of the money I invested in the league. 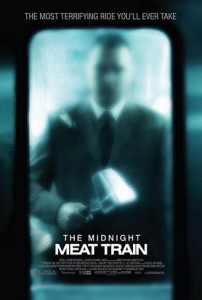 Fantasy football fit well into my obsessive, compulsive and clearly disorderly lifestyle.  After a long Friday and Saturday night at the office, I groggily stumbled from bed to sofa right on time for the one o’clock kick offs.  Religiously glued to the points my lineup would garner me with every snap, over coffee and in boxers, was a Sunday well spent.

Headed into our final week, The Midnight Meat Train was 7-5-1 and desperately needed a win to make it into the post-season.  Win and I was in, lose and it was a long nine months to draft day.  As I did for much of the season, I debated over which quarterback to start, Eli Manning against the Dolphins or Matthew Stafford against the woeful Rams.  Even after doing a fair amount of research, I was still asking complete strangers on the street their opinions in the matter.  That’s what fantasy does to a person.  It makes blathering idiots of us all.  I had lost all sense of rationality, not that I had much to begin with.

I started Eli.  He had done me well all season long.  It was the sensible play.  The only problem was that my opponent that week had a huge lead headed into Monday night.  I was pretty much toast.  I needed 42 points for a tie, 43 points for a win. 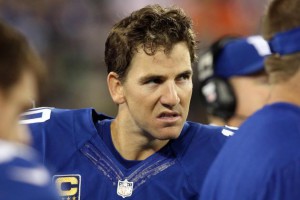 I paced while watching Eli amass point after point but alas a missed field goal from the kicker who was also on my roster sealed my fate.

And so, the Midnight Meat Train was derailed.  I missed the playoffs… by a goddamned point.

It was a debilitating loss, the kind that makes you lose sleep wondering what you could have done differently.  Only if.  There was no sports radio on the drive home from work that night, no highlights the following morning.  But that’s why we play fantasy and that’s why we watch sports.

Without sports in our lives, there would be no heartbreak.  In a life full of bad beats, one must simply learn to play again.  I plan on doing just that.

In the end, it could have been one of any missed field goals, dropped passes and unbroken tackles that cost me the season.  And so it is.

I must confess.  It’s only been a few days and I miss it already, knowing I won’t be able to waste precious time mulling over which of my running backs to start. It was a season full of nail-biting, trash talking and endless text Sundays.  But the most fun was the camaraderie it brought not only the gang in my league but the countless others I spoke to that played fantasy as well.  Those silly ads are right.  Fantasy does give us something to talk about, albeit somewhat meaningless and entirely contrived, at least we’re talking.

To the commissioner, the Syndicate, the Mexican, WC Thunder and the rest of the gang in the league, rest assured the Midnight Meat Train will be back.

Now how long is it again until next year’s draft?

6 Replies to “Midnight Meat Train derailed: A tale of fantasy, heartbreak and a season lost by a single point”