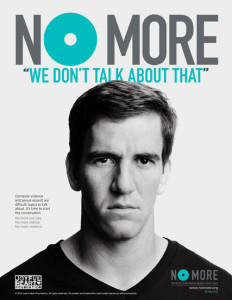 Not long ago, in the wake of the Ray Rice domestic violence incident, the NFL ran a series of public service announcements entitled “No More.”  In conjunction with the Joyful Heart Foundation, a slew of present and former NFL greats took to the camera to let fans know where they stood on domestic violence.  The NFL ran these ads repeatedly with the hopes of reminding people that there is no place in the league, or in society, for such acts of cowardice.

Similarly, the NBA introduced a new campaign on Christmas Day in which NBA stars actively denounced gun violence.  These PSAs did not stem from any incidents among league players but rather the disturbing increase in gun violence we Americans have been subjected to lately.

The ads came and went without much fanfare.  After all, speaking out against gun violence is not all that controversial.  Reducing gun violence is something most sensible Americans can agree upon.  Gun control, however, is a far touchier subject.

Proponents of stricter gun control point to increasing gun violence and support harsher regulations of firearm possession.  Opponents of gun control point to our Constitutional right to bear arms and decry any such regulation as an infringement of our rights.  As of yet, little progress has been made in finding a middle ground.  If anything, both sides have grown farther apart on the issue.

Enter the NBA, sort of.  One can perhaps argue the poor timing of the PSAs, like Tim Tebow’s pro-life Super Bowl commercials, but at least the league took a stand.  The ads were shrewdly worded not to tackle gun control but rather express its concern for increasing gun violence.  After all, I’m sure a fair amount of the league’s players owns guns #gilbertarenas. 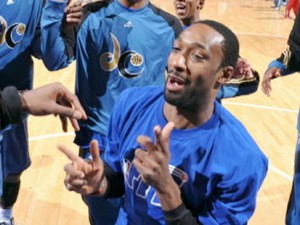 The league took a stand when it didn’t have to.  And they couldn’t have done so without the full support of the Players Association.  Lost in the solemn message of these ads is the irony that the NBA chose two athletes, Steph Curry and Carmelo Anthony, who like to shoot the ball the most and another, Joakim Noah, who by all accounts is a horrible shot.

We criticize athletes like Michael Jordan and Tiger Woods for not taking a stand on political issues while pointing to historical others like Muhammad Ali who was stripped of his title for standing up for a cause he believed in.  In this day and age of political correctness, the NBA did what it thought was best.

Hey, at least it’s doing something.  For that, I commend them.

A friend of mine just received an assault rifle for Christmas from his new girlfriend.  I guess nothing says I love you over the holidays like a fully loaded machine gun.

We laughed about it nervously over a round of golf.  His stance on guns is similar to mine.  He’s not entirely opposed to them, respecting the principles upon which this nation was founded, however, he’s not sure when, why and where he’d ever have use for a semi-automatic. 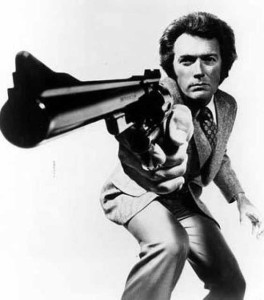 Look, this is America and people are going to own guns.  No one is telling us that we can’t own a gun.  More power to the people who use them responsibly.  Those Americans, however, that are anxiously waiting inside their homes for the zombie apocalypse, and trust me, they’re out there, well, I’m not too sure these people should have the same rights to bear arms as the rest of us.

I’m not here to preach but I would prefer that the powers that be, and if that means athletes too then so be it, get together to work things out in a constructive manner before any more needless acts of violence occur.  Life is short enough as it is without someone sticking a gun in your face to shorten it.  I don’t think that’s too much to ask of a civilized society.

However genuine, yet probably futile, the NBA’s efforts were to curb gun violence, at least the sport made a concerted effort to use its star power to make the world a safer place.  And as ridiculously idealistic as that sounds, if the ads even stopped one senseless shooting, then they did their job.

I guess that’s a pretty fine way to start.