Here is yet further proof that the insanely wacky world of sports never ceases to provide us with the type of quality entertainment that simply cannot be fabricated.  And you wonder why I watch so intently. 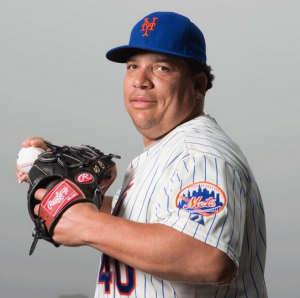 Bartolo Colon just released a new workout video.  For those of you who don’t know who Bartolo Colon is, he’s a robustly rotund, 42-year old pitcher for the New York Mets most commonly known for his triple chin.  I take that back.  It’s not a triple chin.  It’s more like a fat pelican’s even fatter gullet.  That thing is so big Bartolo’s storing fastballs in it for the winter.

Colon is 5’11 yet tips the scales at 285.  So my question to you is… does this workout video include pasta of any sort?  How about a bacon bar?  The only thing more laughable than a Bartolo Colon workout video would be if it featured donut therapy and a CC Sabathia cameo.

Bartolo Colon putting out a workout video is like Johnny Manziel lecturing us on sobriety and timeliness.

Speaking of the soon-to-be-former quarterback of the Cleveland Browns, the ever-partying Johnny Manziel was apparently spotted at a Las Vegas nightclub less than twelve hours before having to report to Browns camp for their final game of the season.

And he was wearing a disguise.

Manziel was allegedly wearing, and follow me closely on this one, a blonde wig, a fake moustache (which hopefully matched the wig) and a hoodie.  He went by the name Billy.

Unfortunately Billy’s cover was blown when he was found playing Wii in the VIP section with Justin Bieber.  Just kidding.  The I-don’t-want-to-grow-up-I’m-a-Booze-R-Us kid was ultimately exposed when he had to pay his bill with his credit card.  Manziel has lied so much about his partying in the past, I’m surprised he didn’t just tell the Browns that somebody had stolen his AmEx.  Heck, they’ve put up with enough of his shit so far, they probably would have believed him. 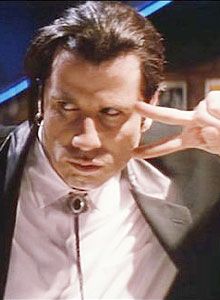 Seriously, if this guy likes partying so much, he should just buy his own Las Vegas nightclub.  He could call it Manziel’s on the Strip and create a theme based on NFL quarterbacks that never lived up to the hype.  Remember that restaurant scene in Pulp Fiction where people dressed up like famous old movie stars?  In Manziel’s, servers could dress up as Ryan Leaf, RGIII, Tim Tebow or basically any quarterback the Cleveland Browns have drafted since Bernie Kosar.  Now tell me that wouldn’t draw a crowd.

And let’s backtrack for a second.  Enough about gun control.  What about wig control?  Do you mean to tell me that when Johnny Manziel went wig-shopping, the person behind the counter didn’t recognize him, if for nothing else the stale scent of booze on his breath?  Or did Johnny just slip him a fifty dollar bill and say “Sssshhhhh!”

Can you imagine if Manziel played under Tom Coughlin or Mike Tomlin?  The fact that the Browns didn’t cut this guy months ago speaks volumes about the state of the franchise.

Fortunately, the Browns have the second overall pick in the upcoming draft, which they’ll most assuredly waste on another quarterback.  Here’s hoping he doesn’t come with a wig and have a drinking problem.  If so, Manziel’s on the Strip is always looking for quality servers.

As we shuffle off to Buffalo on our tour of the wacky and wild, at last weekend’s Jets-Bills game, another raging alcoholic not named Johnny Manziel (as far as we know – he could have been in disguise again) body slammed himself onto a folding table that was on fire at a pre-game tail gate.  Clearly, this guy must have thought this was a good idea.  The only problem was that by doing so, he caught himself on fire.  Seriously, if you’ve ever wondered why this country is going to hell in a handbasket, you need only watch this video.

Fortunately, several fans with cell phones were around, not to extinguish the poor, drunken bastard’s backside, but to capture the incident for posterity’s sake.  His grandchildren will be so proud.

This ladies and gentlemen, is exactly why we’re about to elect Donald Trump president.

And finally, we have Mike Tyson, the former heavyweight champion of the world caught once again in a compromising position.

Have you caught wind of this new fad called hover boards, which for the record is nowhere NEAR as cool as the hovercraft Luke Skywalker rocked back in ’77?  Anyway, these things look like what Paul Blart is going to arrest mall shoppers in in the hopefully not soon to be released Mall Cop III.

What do you get the person in your life that is too lazy to walk?  A hover board… and of course, a Bartolo Colon workout video.

If you listen closely, the person who bought Tyson’s hovercrash clearly had more sense not to laugh at him falling down than she did when buying him the present in the first place.

My friends, by the looks of things, 2016 is going to be one helluva year.