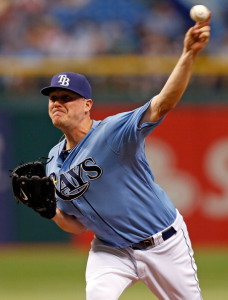 I’m going to use an example of a trade between two otherwise unknown baseball players to prove a point.

I’d never heard of Dickerson but as a Rays fan living in the Tampa Bay area, I had obviously heard of McGee.  He’s a fire-baller whose money pitch, a four-seam fastball, tops (or at least topped before his elbow surgery) out at 100 mph.  That fastball, while impressive, is about the extent of his repertoire.  Having pitched for the Rays for the last six years, McGee finally saw some meaningful appearances over the last two seasons.  Two years ago, he finished with 19 saves and a 1.89 ERA.  Last year, he started the season on the disabled list thanks to that elbow surgery.  Brad Boxberger assumed the role as the team’s closer.

McGee came back in May of last year to pitch effectively but in more of a set-up role.  He never threw for more than an inning which is par for the course for most set up men and closers these days.  He still put up decent numbers, just not comparable to 2014 when he threw that fastball by almost everyone he faced.

All I know about Corey Dickerson is what I read off a stat sheet.  I’ve never seen him take a single at-bat.  In three seasons in Denver, he was a career .300.  He’s also been injury prone and has yet to play a full season.  The way the Rays platoon their players, it’s likely he won’t in 2016 either.

So here’s the rub.

I was driving around town the other day listening to some local sports radio when news of the trade broke.  The local guys, Tampa fans and clearly sensitive to all the players the Rays have let go over the years, questioned the teams motives in moving McGee.  He was a solid bullpen option, they argued.  While he might not be the closer this team needed, moving a guy that can smoke a radar gun is always a gamble.  The Rays have seen closer after closer leave the team to have success elsewhere simply because the team refused to pony up the money.  Fernando Rodney comes to mind.  They questioned why the Rays would sign another outfielder when they already had plenty.  They also pointed to Dickerson hitting well in Coors Field but having a significantly worse batting average away from home. 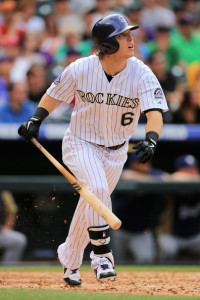 The glass was half empty.  Clearly this was a losing proposition for the Rays, at least from their perspective.

Then I read an article that suggested the Rays got the better end of the deal and how landing McGee made no sense for Colorado.

Okay, I’m confused.  Which one is it?  Did the Rays get hosed, did the Rockies lose out or was this trade a complete wash?  By no means is this a blockbuster deal.  The main guy in the trade is only making five million a year which is peanuts in today’s MLB.

So who got the better end of this deal?  Who are we to believe?  If you ask Colorado, they’ll say they did.  Their media might disagree.  If you ask the Rays, they’ll tell you that McGee served them well but they’re happy to have their new bat in the lineup.

So where does this leave us?

Only time will tell, my friends, which is why trades like these are a total uncertainty.  Heck, most people scoffed when the Cowboys traded away Herschel Walker for a handful of draft picks.  Those draft picks ended up building a dynasty.

In the end, the Dickerson-McGee trade might just be a blip on the radar, just two organizations going about their business.  McGee might not fully recover from that surgery or he might make that save that gets the Rockies into the playoffs.  Dickerson might be a bust or he could become that clutch hitter the Rays so desperately need.  This could be just another barely, noteworthy transaction that neither side, nor member of the media, thinks benefits the home team.

At least that’s something we can all disagree on.

13 Replies to “The grass is always greener, aka, why every trade is an uncertainty until it’s not”