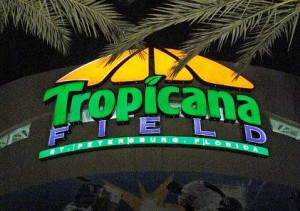 There’s a Major League Baseball stadium that nobody goes to.  It’s about 38 miles from my house.

A pretty good and consistently competitive baseball team plays there.  That team is the Tampa Bay Rays.  That stadium is Tropicana Field.

38 miles doesn’t seem like much.  After all, I grew up in New York City where it took well over an hour by either car or train to get from Manhattan’s Upper West Side to Shea Stadium to see the Mets play.  Ironically, that distance was also about 38 miles.  Of course that was a different time.  Baseball was more important and stadium beers didn’t cost fifteen bucks a pop, not that I was old enough to drink one.

Unlike the majority of Major League Baseball teams, the Rays have struggled to draw fans into “The Trop” for a number of reasons.  The stadium is old, many claim.  It’s a bitch of a commute, others persist.  Parking’s impossible, most concur.  And to top it all off, a small market team competing in a division with teams that spend two to four times the amount Tampa does wears a fan base down.

All of those reasons are valid and founded, I suppose.  Whether they’re founded enough to deter fans from passing through the turnstiles is the $64 million question, as is whether the team will even stay in Tampa Bay.

Well, all that might be about to change… maybe.  In a perfect world, at least a perfect world according to billionaire sports owners, fans would flock to see their championship team raise a trophy in a ballpark that still has that new stadium smell.  Unfortunately, it doesn’t work that way, at least not in Tampa where the Rays remain stuck in a stadium that harkens back to the Houston Astrodome. 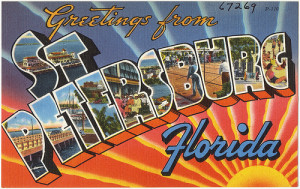 For the longest time, there has been talk about building a stadium in Tampa, across the water, in a more populous and centrally located area.  The only problem is the team has been trapped at the Trop with a lease that doesn’t end until 2027.  Despite all the talk about how relocating could increase fan interest, the city of St. Petersburg has consistently prohibited the team to flirt with other sites.

St. Petersburg’s City Council softened its stance, finally allowing the team to look at other areas to build a new stadium.  That might not seem like much but it’s actually one giant step for Rays’ kind.

The entire ordeal has evolved into a delicate, political battle between sister (albeit rival) cities arguing over the future location of its sports franchise whose legitimate third option is picking up and moving altogether.  Fortunately for Tampa Bay (the area, not the team) no other U.S. city is showering Rays ownership with flowers and chocolate.

With the team now released from St. Pete’s shackles, both cities begin their courting process.  Even though much of the talk focuses moving the team to Tampa, its current city (St. Petersburg) still thinks it’s in play, although that would literally mean moving the stadium only a few miles from its current location, which seems like a tremendous waste of money.  Then again, so does building a new stadium anywhere if you’re a taxpayer who may have to pony up an extra half-penny sales tax for it. 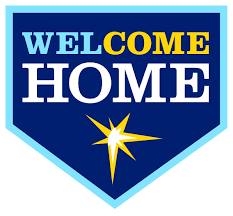 Despite the two cities duking it out in sometimes combative styles, the only hope is that both parties realize moving the team out of the Sunshine State results in lose-lose for Central Florida.

So far, progress has been baby step slow. Small time politics hasn’t gotten nasty… yet.  Since no other U.S. city has pressed for the Rays to move, they remain local for now.  Baseball fans in the area can only hope the recent progress will mean the team stays put, in new digs.  That also means fans would have to attend, of which there is no guarantee especially once that new stadium smell is all but gone.

Tampa has a rich and lengthy baseball history.  Here’s hoping the Rays don’t soon become part of it.

17 thoughts on “Progress: No longer trapped at the Trop, Rays free to look for new home”