If I’ve written about you in three straight posts, you’ve either done something right or something horribly wrong.

Please allow my man-crush on the Golden Child to continue as I’m pretty sure I’m not the only one watching in awe.  We are all Steph Curry’s unlimited range.

I recently wrote about the night I drove on a whim to see the greatest basketball player on the planet pour 51 on the Orlando Magic.  His very next outing, he dropped 46 on Oklahoma City including a game-winning dagger from just past half-court.

This is how hot Steph Curry is right now.  Aside from the fact that he’s drawing MVP chants IN OPPOSING ARENAS, he just broke the record for three-point shots in a season… and there are still 24 games to go!  He could conceivably hit another 100 three-pointers in that time frame.

But do you know how I know Steph’s really special?  He’s starting to piss off the old school.

Apparently some league veterans aren’t too happy about Curry rewriting the record books.  Some people think he’s getting away with too much, that defenses are soft and that modern coaching is lazy.

As I mentioned in a previous piece, Gary Payton confessed he couldn’t play in today’s NBA.  It isn’t physical enough for his liking.  Even Hall of Famer Oscar Robertson, the man most famous for being the only player to average a triple-double in a season and who’s never really been all that outspoken about anything, said the game isn’t as physical as it once was and that defenses are too soft. 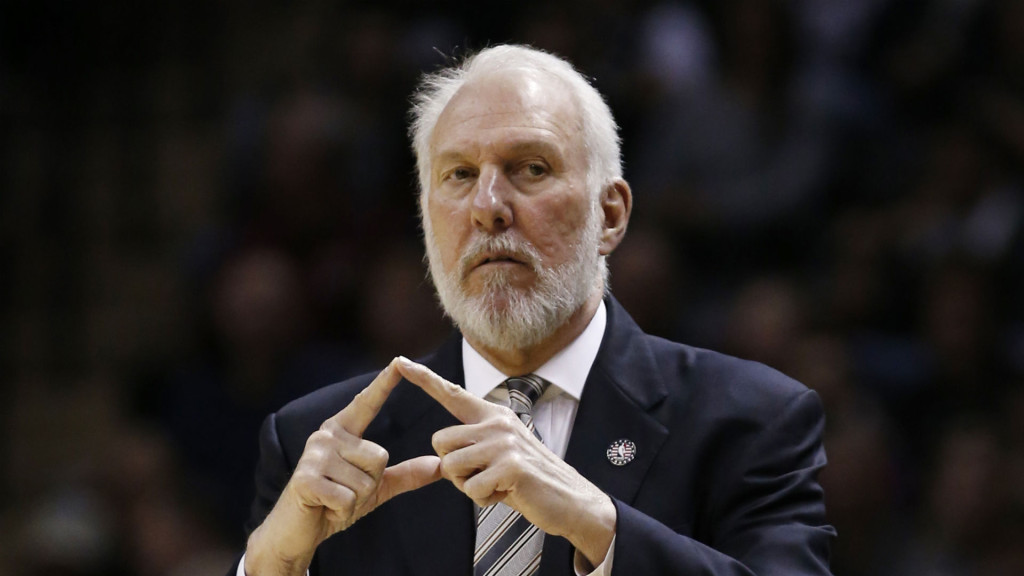 Robertson’s comments prompted a slew of articles, including this one, coming to Curry’s defense and calling out the old man for being inappropriate.  I guess Curry is as untouchable as he is un-guardable.

Big O was the man back in the day but covered or not, I don’t think even he could drop 47% from behind the arc.  Robertson’s comments may have been taken out of context (they weren’t) but his unwillingness to recognize the season Steph Curry’s having made him sound like a resentful, old codger.

At least Michael Jordan, whose Bulls’ regular season record Curry and Company stand to break said he’d like for it fall.  Clearly Jordan is more comfortable in his own skin than some of the league’s more elder statesmen.

Without a DeLorean, there’s no way to determine whether yesteryear’s game was more physical than today’s.  Sure guys used to hit the floor (and each other) more regularly but today’s athletes are in far better shape.  Before we wax poetic about the days of old, I’m here to tell you there is plenty of talent in this league.  Yes, the game is less physical or at least it’s less dirty.  That’s because we’re not savages.  The current and former commissioners have done their best to keep the game as bloodless as possible without jeopardizing its integrity.  While we may ooh and ahh at the occasional clothesline, we also don’t want to see anyone’s career ended because of dirty play.  Ask Kermit Washington and Rudy Tomjanovich how that turned out for them. 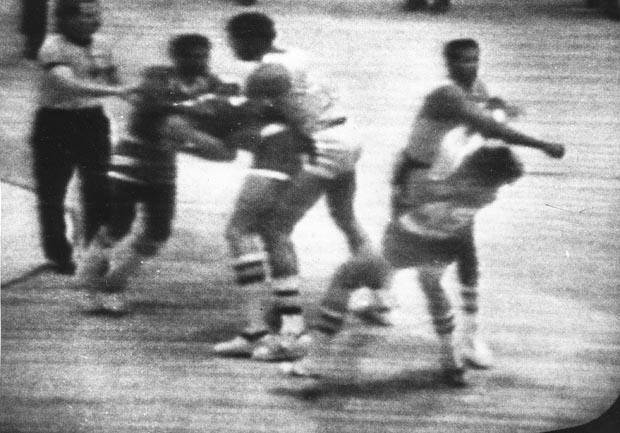 I’m pretty sure if you watch closely to today’s NBA, you’ll still find a healthy amount of banging in the paint.  We’re there to watch these people play basketball, not kill each other.  Trust me when I tell you the league is better without Ron Artest in it.

Still think Curry has spent his season untouched?  He just had Russell Westbrook step on his ankle.  It turned in ways ankles aren’t supposed to turn.  He went to the locker room, had it taped up and was back on the floor to hit the game winner.  Curry may look limber but he’s taken his licks.  No one has thrown him a forearm shiver because no one wants to be eternalized as the bad guy.  That fact that this isn’t your father’s NBA might just be a good thing. 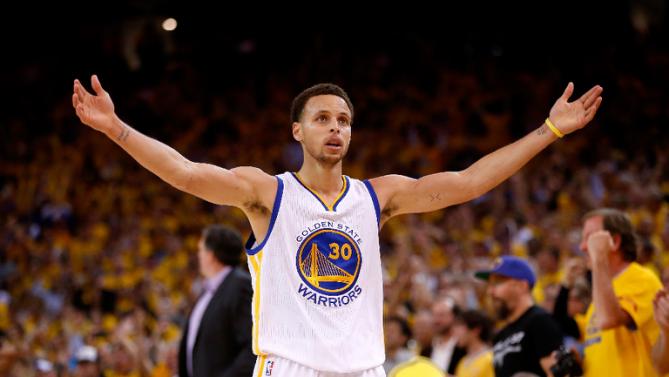 Curry is on a season-long heat check.  Those of us of not criticizing him keep waiting for him to miss a jump shot.  Most of us hope they keep going in.

I’m old school too but I’m enjoying this ride.  Saying Curry’s hot because he’s not being covered sounds petty.  I get that most of us weren’t around to see Oscar Robertson light up the league but that doesn’t mean that Steph’s magical season shouldn’t be respected.

For the season he’s having, Curry deserves an Oscar, not a reprimanding from him.

16 Replies to “Stephen Curry: Upsetting the natural order of things”