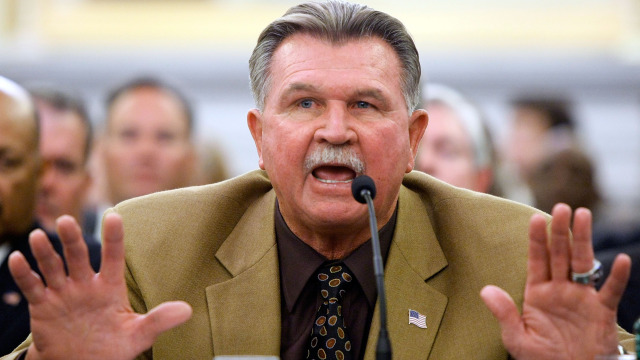 WASHINGTON – SEPTEMBER 18: Former NFL player and coach Mike Ditka speaks during a hearing of the Senate Commerce, Science and Transportation Committee on Capitol Hill September 18, 2007 in Washington, DC. Former players and league officials appeared before the committee for a hearing on the “NFL Retirement System,” focusing on the current compensation system for retirees with claims of advanced injuries that became symptomatic after retiring from the NFL. (Photo by Win McNamee/Getty Images)