“There’s more to life than just a little money.  Don’t you know that?” 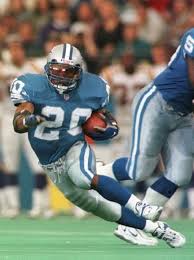 Barry Sanders retired from football at the ripe, old age of 31.  When he rather surprisingly announced he was leaving the NFL back in 1999, we all shrugged a collective “Huh?”

Sanders was commonly considered, and still is by many, the greatest running back of all-time.  He was well within reach of Walter Payton’s all-time rushing record, a milestone he probably would have surpassed the very next season had he played.  Upon retirement, not only did Sanders leave the record book on the table but also tens of millions of dollars.

This year, another Detroit legend Calvin Johnson, decided to hang up his cleats as well.  Johnson, one of the league’s best receivers, was slated to make $16 million in 2016.  Like Sanders, Johnson was only 30 years old when he bid the league farewell.

In ten seasons with the Lions, Sanders made over $30 million.  That was years ago when salaries weren’t offensive.  In his nine seasons with the same team, Johnson made four times that amount.  To most of us who will never play professional sports, we wondered how those two men could leave behind that sort of dough for playing a game we love.

Another professional athlete is now making news for leaving money on the table.  This time, it’s for a far more personal reason.

Adam LaRoche is a twelve-year veteran of Major League Baseball.  He’s made about $50 million in his lifetime.  By no means is he in the same league as Sanders or Johnson, both Hall of Famers, unless you consider that none of three is hurting financially.

This week, LaRoche announced he wouldn’t re-sign with his newest team, the Chicago White Sox, so that he could spend more time with his son.  But it’s a little more complicated than that. 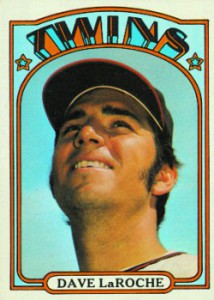 LaRoche, whose father also played Major League Baseball, liked bringing his son around the clubhouse.  White Sox upper management, however, felt the clubhouse was no place for LaRoche’s thirteen year old boy.  White Sox management told LaRoche to “scale back” the whole kid in the clubhouse thing.  As a result, LaRoche walked away from the $13 million Chicago was slated to play him.  So much for Chicago celebrating Take Your Kid To Work Day.  And once again, Chicago’s Executive Vice President Kenny Williams looks like father of the year.

This isn’t a post about how ridiculously improper the White Sox are for telling LaRoche how to raise his kid or for essentially banning him from the locker room.  Sure, a Major League clubhouse might not be the best environment for a young boy but it’s probably better than him hanging out at the mall smoking cigarettes with his buddies.  Perhaps some of LaRoche’s teammates felt uncomfortable with a kid in the locker room, being extra careful not to drop the occasional F-Bomb but you can hear those words these days just by turning on your television.  In this day and age of dead-beat dads making so many headlines, one would think professional sports franchises would commend an employee for being a loving father when there are so many fathers out there who aren’t.

No, this isn’t a post about that.  I’m not going to tell LaRoche how to raise his kid.  Clearly, he already knows.  Nor am I going to tell Chicago how to run their clubhouse.  Clearly, they already don’t.

This is more about the changing nature of professional sports.  Why would professional athletes continue to jeopardize their health, or in LaRoche’s case his principles, when they’ve already made more money than they know what to do with?  These days, it’s looking more and more likely that they won’t.

Baseball is nowhere near as grueling as professional football, unless you include the mental anguish that exists within the White Sox clubhouse.  Clearly when Barry Sanders made his decision to retire, he wanted to be able to walk without a limp for the rest of his life.  I’m guessing $30 million was enough for him to get by.  Similarly, former Minnesota Viking Robert Smith was well on his way to becoming one of the league’s best backs.  He retired at 28 years old after eight years in the league.  Scoring touchdowns just wasn’t as much of a priority as being able to walk.  Smith left $25 million on the table.  Small price to pay. 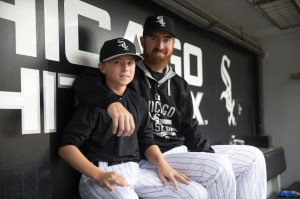 With LaRoche, health wasn’t an issue.  Family was.  And one can’t blame him.

We ham-and-eggers like to complain about the salaries athletes make but there isn’t a person among us who hasn’t fantasized about what we’d do if we won the lottery.  Hand us a check for $30 mil and we’d never work another day in our lives.  So why would we expect any different from Barry Sanders, Calvin Johnson, Robert Smith or Adam LaRoche, particularly when a man’s principles come into question?

As it turns out, there are more important things in life than money, wins, champagne showers and record books.  How nice of Adam LaRoche to remind us of that.

13 thoughts on “Priorities > Paychecks: The Last Stand of Adam LaRoche”